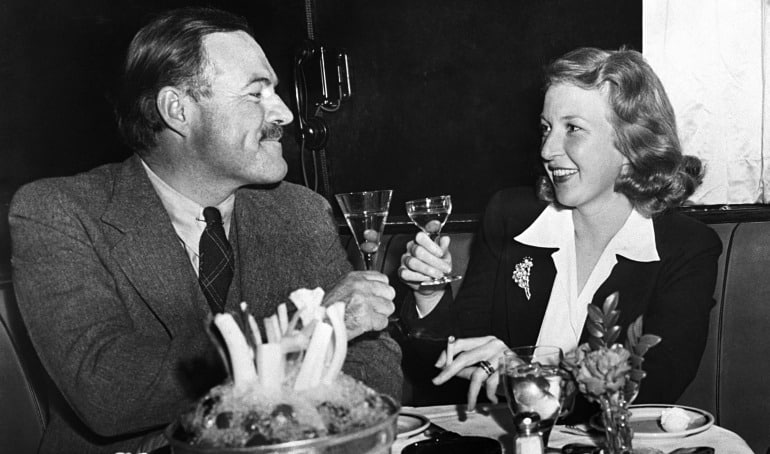 In the early 1920s, long before he won the Pulitzer and Nobel Prizes, budding writer Ernest Hemingway (1899–1961) moved to Paris. There he spent—on and off—more than two decades as a member of the “Lost Generation”—a community of expatriate writers and artists, which included Gertrude Stein, Ezra Pound, T. S. Eliot, and F. Scott Fitzgerald.

For a long time after he left the city at the end of WWII, his Parisian stomping grounds—markets, cafes, bookshops, and, of course, bars he frequented, became the “must-see” Hemingway landmarks. But now, BBC reports that present-day visitors to the French capital are no longer… looking for Hemingway or touring his legendary haunts: “Memories of the author are starting to fade.  The walking tours don’t draw the crowds. Visiting students have younger heroes now.”

An avid adventurer and world traveler, Hemingway spent much of his life abroad, where he worked as a foreign correspondent and wrote some of his greatest works. He had close links to the City of Lights, which in the 1920s was a hotbed of the avant-garde lifestyle. A variety of writers, musicians, and artists of all nationalities, styles, and persuasions thrived in the city’s bohemian environment. 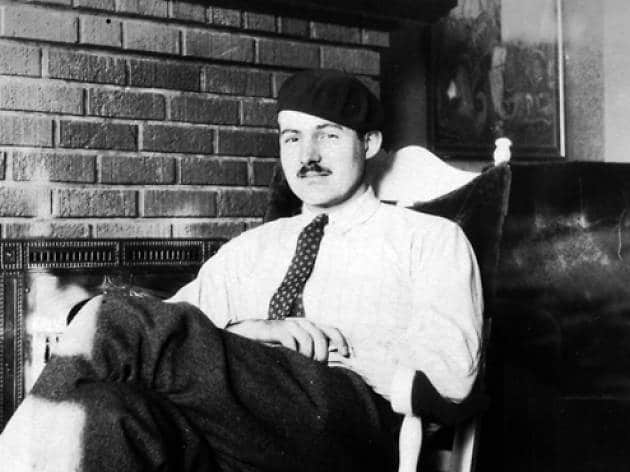 Hemingway’s first two Parisian apartments, at 74 rue Cardinal Lemoine and on rue Notre-Dame des Champs—where his neighbor was Ezra Pound—were dilapidated, noisy, and lacked basic conveniences. He eventually rented a room at 39 rue Descartes so he could do his writing in peace.

And write he did—his 1926 novel, The Sun Also Rises, was penned in Paris; appropriately enough, it tells the story of a group of American and British expatriates in Paris who travel to Pamplona, Spain to watch the bullfights.

Much later, in his posthumously published memoir entitled A Moveable Feast, Hemingway recounted his years living and working in the French capital. “If you are lucky enough to have lived in Paris as a young man,” he wrote, “then wherever you go for the rest of your life, it stays with you.”

The memories associated with Hemingway’s life in Paris, however, proved to be more fleeting.