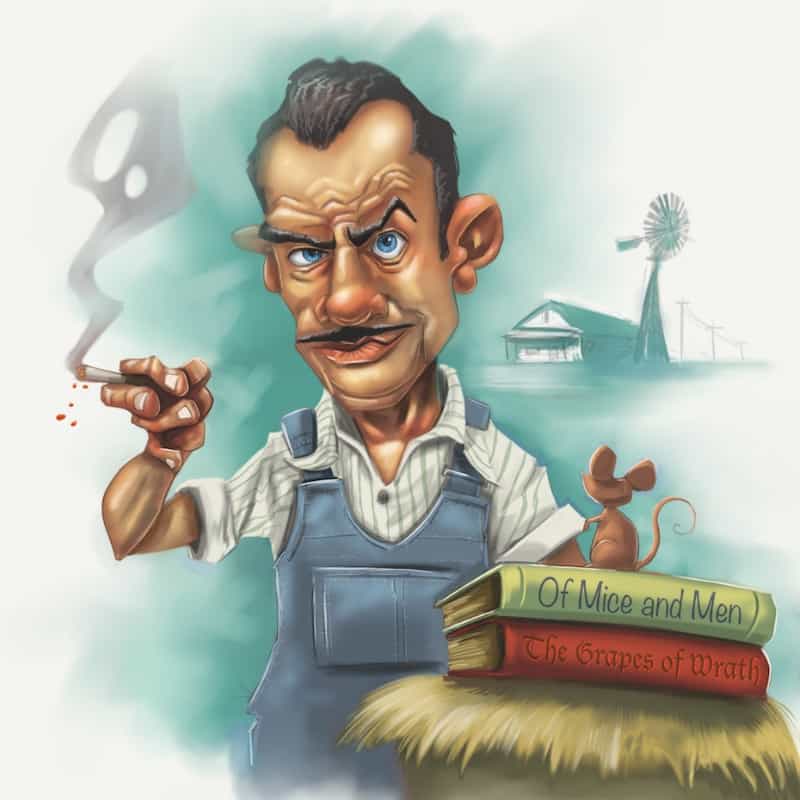 1. The actual family name of the Nobel and Pulitzer Prize-winning author (1902-1968) was “Grossteinbeck,” which his paternal grandfather shortened to “Steinbeck” when he first came to the United States from Germany.

2. The Steinbeck family home in Salinas, California, was a modest home that reflected the family’s middle-class status. His mother was a schoolteacher and his father worked various jobs such as managing a local flour mill. The family did not reach true financial stability until Steinbeck was enrolled at Stanford. His modest upbringing largely influenced the everyman, working-class protagonists within his novels.

4. Before becoming an established writer, Steinbeck held a number of jobs, both in his native California and in New York, where he moved in the mid-1920s. He worked as a farmhand, painter’s apprentice, and construction worker.

5. Steinbeck’s first novels went unnoticed. It was his fourth work, Tortilla Flat (1935) that propelled him into the public’s eye.

John Steinbeck
6. Steinbeck preferred to write by hand than on a typewriter. It is said he used 300 pencils to write East of Eden.

7. Seventeen of his works were made into Hollywood movies. Steinbeck also tried screenwriting. He received an Academy Award nomination for Best Writing in Alfred Hitchcock’s 1945 movie, Lifeboat.

8. In 1947, Steinbeck traveled to the Soviet Union. His trip was one of the three travels he made to that country. Due to accusations of The Grapes of Wrath being a communist novel, coupled with his travels to the USSR, many suspected him of being a communist. He had been previously placed under FBI surveillance in 1940, the year after his novel was released. His trips to the USSR inspired A Russian Journal, where he wrote about his experiences in the Soviet Union.
9. Steinbeck owned several dogs throughout his life. One of them, a poodle, was featured in Steinbeck’s 1962 travelogue, Travels with Charley.