Shakespeare: The World as Stage 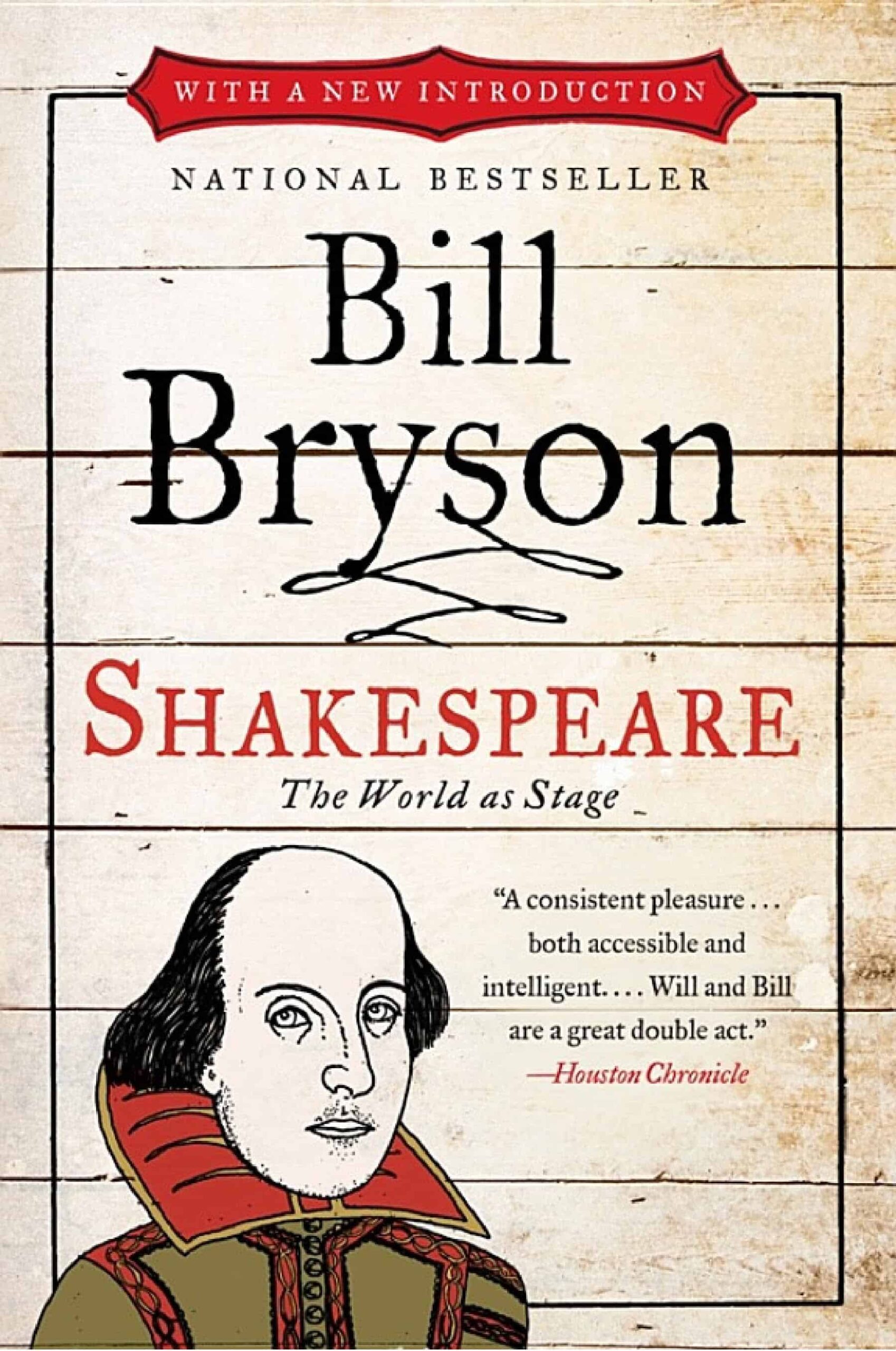 Shakespeare: The World as Stage

Bill Bryson’s concise biography of William Shakespeare is brilliantly written, humorously insightful, and entirely delightful. The prose is a well-crafted and playful presentation of the dozen-odd facts known about Shakespeare and many of the suppositions, inferences, and wild speculations about the man and his work. This Shakespeare primer can be easily understood by any high-school level reader, and no prior knowledge of the playwright is required—Bryson even helpfully informs the reader, on page 196, that “William Shakespeare of Stratford was unquestionably” the author of plays and poetry attributed to him, but questioned by some in what is known as “an authorship debate.”

Bryson has written several books, including the prize-winning A Short History of Nearly Everything. The book under review is provided as a volume in the “Eminent Lives” series of concise biographies by various authors and, as such, conforms to an imposed restriction on length. With candid honesty that permeates his offering, Bryson notes that the world didn’t really need another Shakespeare biography but that the “Eminent Lives” series did. Bryson is straightforward in admitting that no groundbreaking research is presented, but rather the biography gathers the known facts, the supposed facts, and much pithy innuendo into a single engaging and accessible overview. Bryson’s strength, then, lies not so much in his Shakespearean expertise but rather in his obvious ability to turn a phrase.

As expected, the book presents facts about Shakespeare’s life, work, and environment. The book reads much as one would expect and holds no surprises of construction, methodology, or presentation. The book is divided into chapters that establish what is known and what is generally supposed about several periods in Shakespeare’s life and his environment. It also mentions most plays, several long poems, and a few sonnets; it does not present substantive literary criticism on any of the works, though it does examine some issues of attribution briefly. Bryson makes some attempt to place Shakespeare’s materials into a general chronological order but does not tackle the thornier issues. The book’s somewhat unbalanced biography is similar to all Shakespearean biographies insofar as virtually nothing is actually known about the man, whereas very much has been inferred. Bryson carefully notes fine distinctions between the two. For example, Shakespeare’s death is presented mostly as an interpretation of his will, as that document has been discovered and can be analyzed objectively. The final chapter of the book examines the occasional academic notion that Shakespeare didn’t write all the material he claimed as his own and reviews some of the leading alternative theories and their attendant problems.

While nothing in the biography is new or even particularly innovative, it is nevertheless an invigorating review of extant data. Bryson brings a fresh and exciting voice to material that elsewhere is often stale in its presentation. A mix of bedrock facts, such as Shakespeare’s date of birth—”By tradition it is agreed to be April 23, Saint George’s Day” (p. 24) in 1564—stand alongside humorous observations: “The Droeshout engraving [of Shakespeare].is an arrestingly-we might almost say magnificently-mediocre piece of work” (p. 4). Bryson throws banal facts into the mix compellingly, too—“Shakespeare’s works contain 138,198 commas, 26,794 colons, and 15,785 question marks” (p. 19). What emerges is a lovingly rendered biography of an obviously favorite subject. Those familiar with Shakespeare’s life and times will find the information recast in an enjoyable way, while those unfamiliar with the topic will find the biography intelligible and quite accessible. One of the book’s particular strengths is the development of a sense of time and place surrounding Shakespeare as an individual. For example, Shakespeare’s multi-year absence from the stage is explained by the closure of all London theaters due to the plague.

Bryson’s book includes nine named and enumerated chapters and a selected bibliography. It runs to 199 pages and has only a handful of footnotes. Bryson attributes several items within the book, and occasionally textually refers to his sources to establish academic authority on some point. In summary, Bryson is an endlessly entertaining writer, and Shakespeare: The World as Stage is an outstanding read for anyone who enjoys Shakespearean theater, good writing, or both.