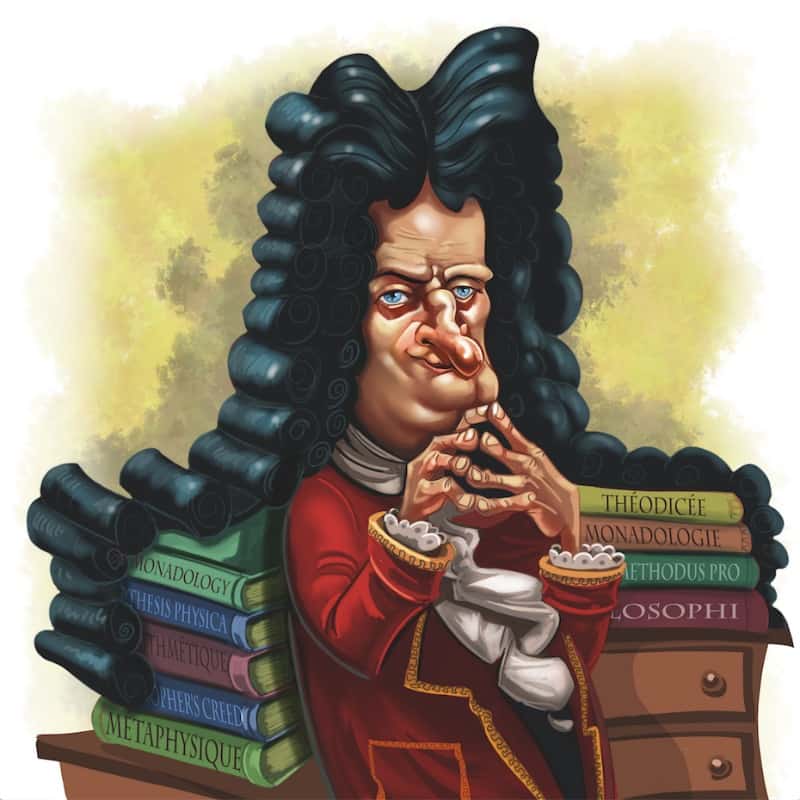 1. Gottfried Leibniz initially intended Monadology to be concise statements of his philosophies, scattered among papers and throughout Theodicee (1710), which he cites for the duration of Monadology. This is the reason Monadology is often thought of as Leibniz’s first work, even though chronologically, it was the last to be written and published.

2. Although “Leibnitz” is the traditional spelling of Gottfried’s surname, the spelling “Leibniz” was popularly adopted as it reflected how he always signed his name.

3. Leibniz was given access to his deceased father’s library at the tender age of six because he had shown a strong desire for philosophical learning. He had attempted to read Livy’s History of Rome, despite his limited understanding of Latin.

4. The University of Leipzig refused to give Leibniz a doctorate in law in 1666 on account of his youth, even though his thesis De casibus perplexis in jure was accepted by the University of Altdorf. The latter also, eventually, offered him a position as professor, which he declined.

5. Leibniz spent a year with the secret society of Rosicrucians attempting to discover the philosopher’s stone. He was appointed as a secretary after composing a nonsensical letter containing obscure alchemy terms that he found in books.

6. In an attempt to reconcile the different churches, Leibniz worked on a substantial theological thesis that extended ideas of the Roman Catholics and the Lutherans.

7. Leibniz invented a calculator that could multiply, divide, and extract roots during a time when the calculator of Blaise Pascal (1642) could only accommodate addition and subtraction.

8. Although Leibniz is known as the father of German philosophy, most of his work is in French.

9. Leibniz is often scoffed at for plagiarizing Isaac Newton, even though his methods for Differential Calculus were published nine years before the latter’s. However, scholars believe each independently discovered the methods.

10. While living in Hanover, Leibniz explored geology and numismatics by writing on the development of mining in the Harz Mountains.