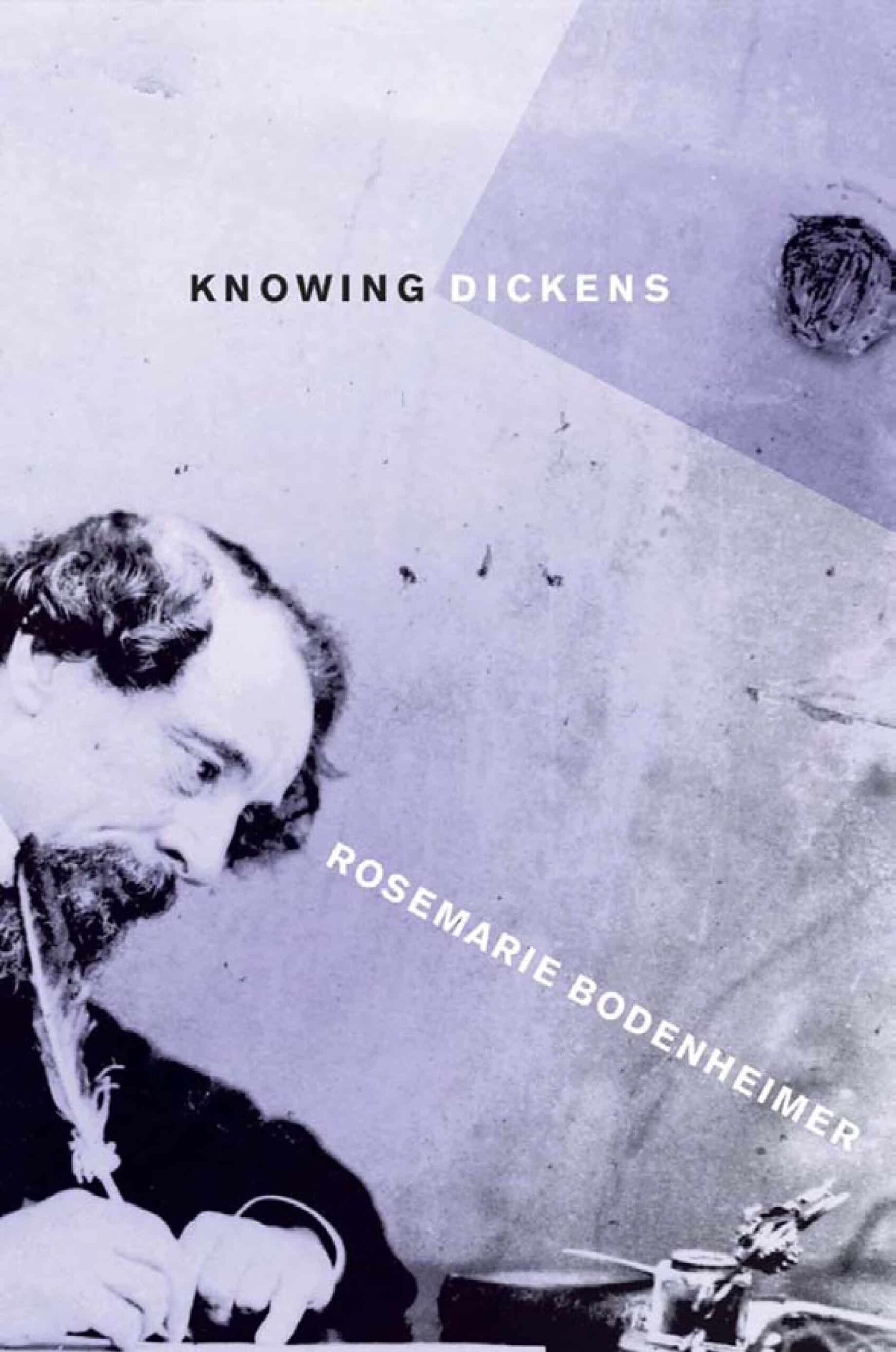 In a key opening passage in Rosemarie Bodenheimer’s illuminating study of the inner life and “knowing” of Charles Dickens, Virginia Woolf offers her thoughts on the source of her own identity as a writer. As Bodenheimer paraphrases, it is “a capacity to receive sudden shocks from life, combined with an ability to make the world whole again by finding the words to explain, and so to blunt ‘the sledge-hammer force of the blow’” (page 1). Woolf found this inner facility fascinating, and yet all too often it is left out in accounts of famous writers. Dickens, out of vogue in Woolf’s Bloomsbury group of intellectuals, seemed particularly elusive to her. Bodenheimer sets out to investigate the matter further.

Professor Emerita of Boston College and the author of two previous books on Victorian literature, Bodenheimer clears the field first, lightly twitting a throng of condescending past critics. “Whether in delight, sorrow or outrage, it has always been easy for biographers and critics to know Dickens better than he knew himself”(pages 2-3).  Although recognized early on as a comic genius, as his work grew darker “[t]he word genius stuck to him, but many educated critics were intent on circumscribing its limits in the strongest possible terms,” often equating it with a state just this side of madness.

Bodenheimer is well aware of the limitations of biography: “No matter how well it is concealed by the biographer’s art and analysis, the plot is the same: the movement from birth to death”(page 15).  The author disagrees with the idea that childhood must be given equal time, even though often very little can be truly known of this period, and also with the biographer’s tendency to accept all the subject’s retrospective writings as true. She takes another tack, dividing Dickens’ life into five categories of experience:  language, memory, male friendship and rivalry, the management of houses both physical and fictional, and the way that tirelessly walking London’s streets helped Dickens’ psyche and his stories.

Bodenheimer tells us that we have reached a point in a biographical approach when the traditional distinction between “the life” and “the work” cannot hold. “We cannot go back and forth between life and work because we do not have a life; everything we know is on a written page.” Her approach, then, is to juxtapose Dickens’ letters (as well as others’ writings) and his fiction. But even this kind of analysis does not yield all the answers. She writes: “[A]ll we can do is observe, make connections and interpretive suggestions”(page 16).

At the heart of Bodenheimer’s sense of Dickens’ life and the driving force behind his work, is the trauma borne out of his childhood experience of working in Warren’s Blacking factory, while much of his family languished in debtor’s prison. But she is quick to remind us that this “autobiographical fragment” was not written until Dickens was 36 years old.  In hearing this story, as anyone somewhat familiar with Dickens’ life is bound to, we can wonder why this obviously miserable experience had made such an indelible impression on young Dickens. This is how Bodenheimer explains it:

“Dickens does not know why he was released from Warren’s when he was. His father had left the prison after three months, but apparently expected his son to go on working. When it finally came, the release felt accidental… ‘With a relief so strange that it was like oppression, I went home,’ he writes in a moment of notable emotional accuracy(Forster 35). After that, family silence prevailed; no apologies or explanations were offered, or at least remembered. His repeated intention to ‘drop the curtain,’ expressed in both the fragment and David Copperfield, is not just a wish to forget, but a wish for an ending that stays in place”(page 73).

The book, of course, is not all about trauma. One thing that comes across is Dickens’ prodigious energy. One example was his involvement in setting up Urania Cottage, a “home for homeless women,” which included not only designing its interiors, but also interviewing potential residents. Whether or not someone off the streets would have liked to be a resident of that home is another question. But Dickens’ own household seemed to have been run in a similarly controlling fashion.

Bodenheimer says that she began this work because she found Dickens surprising. At the end of the project, she still did. “I look at the actions and reactions recorded in his letters; I form opinions, make judgments. In some turn of his art he has already been there. He has seen himself; he knows what the psyche does; but he does not tell us everything he knows”(page 206).

Thanks to Rosemarie Bodenheimer, though, we now know just that little bit more.