The Cinema of Federico Fellini 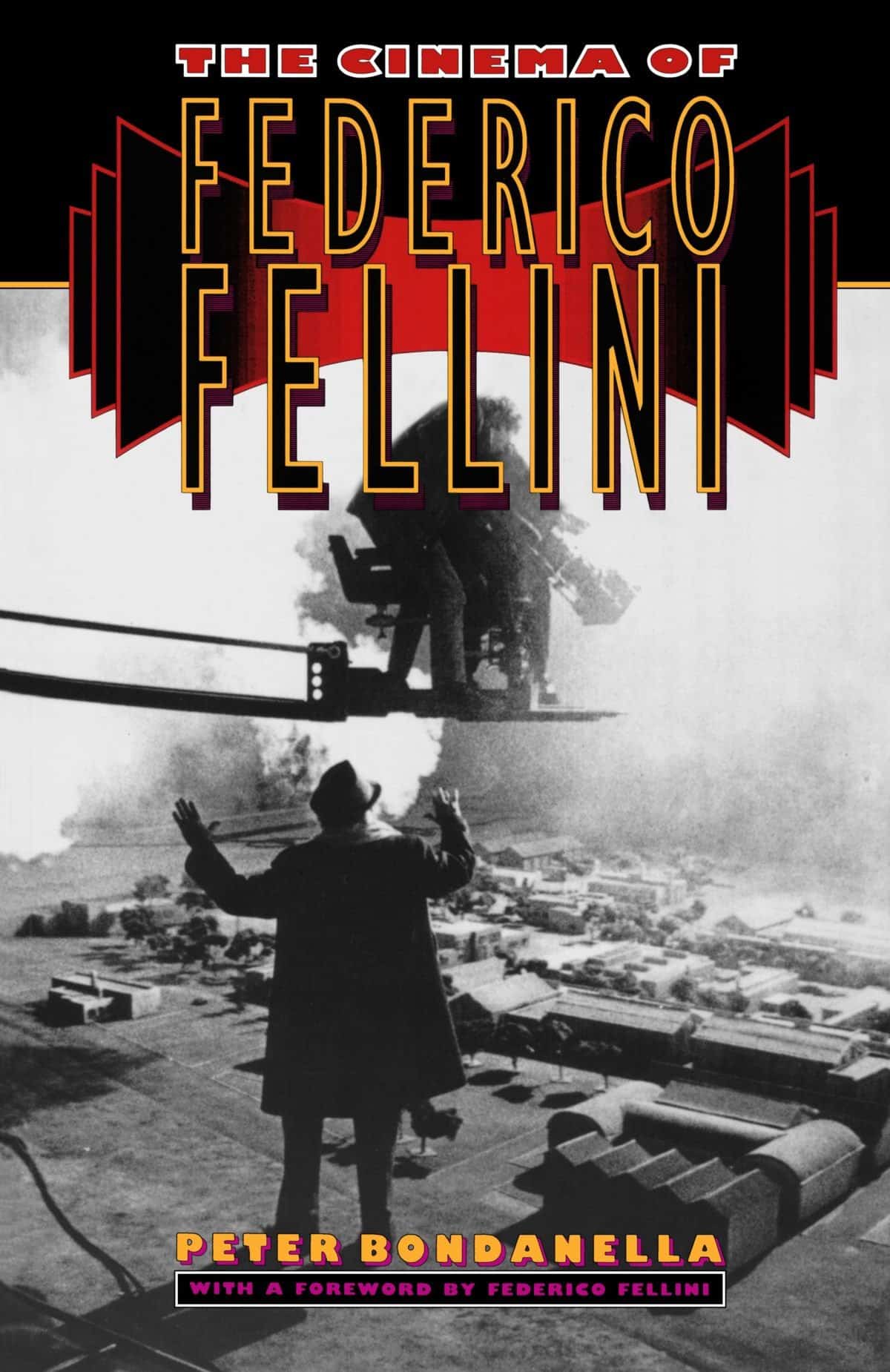 The Cinema of Federico Fellini

Everything you ever wanted to know about Federico Fellini’s film history is in Peter Bondanella’s exhaustive and scholarly treatment of the director’s early influences. He covers Fellini’s experiences as a scriptwriter and director extraordinaire of realistic, mythical, and dreamlike films. As gleaned from the chapter titles, Bondanella takes the reader from Fellini’s “Origins” to his “Cinema of Poetry.”

Bondanella, a Distinguished Professor of Italian and Comparative Literature at Indiana University in Bloomington, IN and the author of several books on Fellini, introduces his study by noting, “In the evolution of his cinema, Fellini’s past experiences are never discarded or rejected.” In keeping with this statement, Bondanella finds the source of Fellini’s cinematic career in his early work as a visual artist, drawing cartoons and caricatures, and writing “gags” for “Fascist Italy’s most important humor magazine, Marc’ Aurelio.”

Born in Rimini in 1920, Fellini left “the provinces” when he moved to attend law school at the University of Rome in 1938. He never graduated, but instead served his apprenticeship in film as a writer of neorealistic scripts—of Fellini’s 23 Oscar nominations, eight were for his work as a writer of neorealistic scripts. Fellini was uncomfortable with the limitations imposed by neorealism, however, and once he began to direct his own films, he increasingly focused on depictions of character and his unique narrative form. After his breakthrough film, La Dolce Vita, Fellini traveled even further down the road of dreams with films like 8 ½ and Juliet of the Spirits.

He never became involved with the Centro Sperimentale di Cinematografia, the film school founded by Mussolini. Bondanella notes that Fellini, “a director who has become practically synonymous with personal experience and artistic fantasy in the cinema, eventually arrived at his chosen profession without even the minimum of formal technical training,” Bondanella succeeds in placing Fellini’s films in the context of Italian culture, in contrast to other Fellini historians, who too often, in Bondanella’s opinion, view the director as a “madcap Latin genius with a charming and seductive public personality who lacks the critical mind typical of a European intellectual.”

Bondanella offers an in-depth discussion of Fellini’s experiences as a scriptwriter and its influence on his later directorial work. He notes the traditional storytelling/narratives of Fellini’s films from Variety Lights, the first film in which Fellini is credited as a director, through La Dolce Vita, the movie that made Fellini a household name around the world.  From 1939 to 1979, Fellini collaborated on film scripts for other directors, and Bondanella makes special note of the filmmaker’s work with neorealist Roberto Rossellini between 1945 with Roma, Città Aperta (Rome, Open City) and 1952 with Europa ‘51 (Europe ‘51).

Two inclusions are of particular use to film historians. The first is the extensive filmography, which lists every film Fellini worked on from 1939 to 1990. The second is the presentation of 45 black-and-white photographs and illustrations. These include photos of the young Fellini with his friends and colleagues, as well as drawings and caricatures made by Fellini, both professionally and as doodles on working copies of film scripts. Bondanella presents these doodles as visual clues to Fellini’s frame of mind while shooting a film. And there are also still photographs of scenes from his films.

The book has enough anecdotes to satisfy a casual reader, but it is essentially a scholarly study. The footnotes, often numbering in the hundreds per chapter, provide an extra dose of information, such as the recollections of individuals who were present at important points in Fellini’s life. Bondanella also uses the notes to clarify and sometimes refute the conclusions of other film critics and historians, and is not reluctant to take issue with what he believes to be erroneous conclusions.

The style of writing may represent the book’s only difficulty. Sentences are often very long, and sometimes the reader may lose the original point. However, the enormous amount of material and the meticulous detail far outweigh any minor problem presented by an occasional convoluted sentence. Bondanella has an obvious mastery of his topic, and his love for Fellini’s films is evident in every word.

Clearly, the author has searched every available Fellini archive and brought out priceless anecdotes. He has determined, through painstaking effort, the chronological order of the film script versions for each Fellini film to show how his storytelling changed over time. Bondanella also tracked down all the scripts on which Fellini worked as a writer, even if he was not given a writing credit. In this way, Bondanella draws an excellent roadmap through Fellini’s world. He shows how the themes defined in the filmmaker’s earliest work continued to inform his films throughout his career and depicts how Fellini’s characters have natural antecedents in Italian culture.

All in all, Bondanella has succeeded in creating a study of Fellini that supports the director’s own view that “the visionary, the creative artist who best succeeds in revealing himself through his art, is the only true realist.”