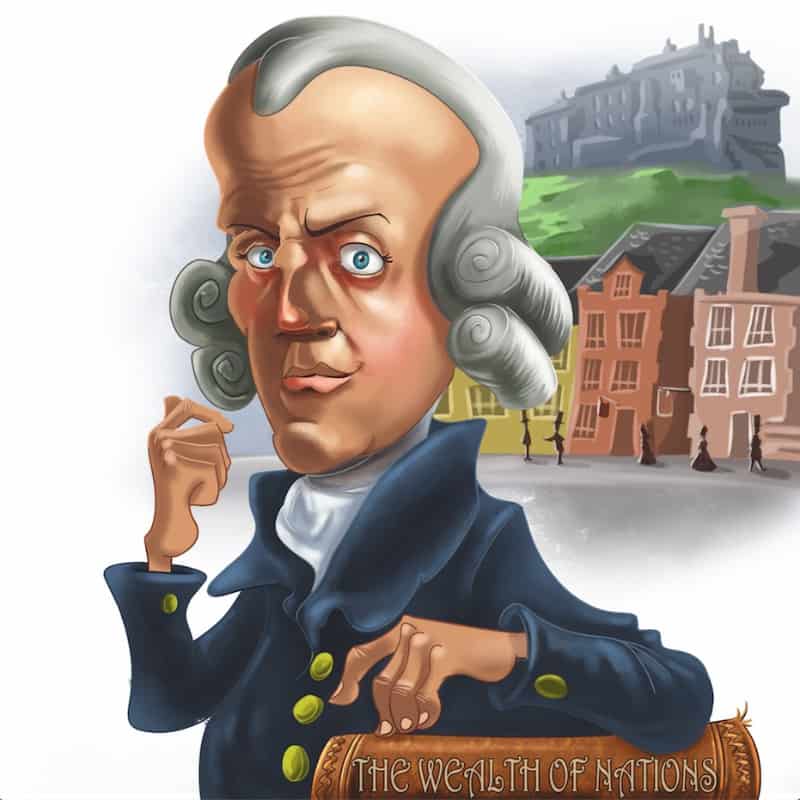 1.While studying at Balliol College at Oxford, Adam Smith became absent-minded at the dinner table, which was common for him. Since meat in his native country, Scotland, was scarce at the time, a servant urged him to eat because he “had never seen such a piece of beef in Scotland.”

2. Smith was known for his acute attention to grammar, even in Greek, and memory for philology.

3. While, at Oxford, the only writing Smith did was letters to his mother, between 1740 and 1746. His essays were disappointing, and in 1743 he wrote in one letter, “I am just recovered from a violent fit of laziness, which has confined me to my elbow chair these three months.”

4. Smith made only one friend at Oxford: John Douglas, who distinguished himself as a pamphleteer.

5. According to Smith, the disparity between reality and imitations is the foundation for the beauty of the imitated. In an attempt to prove this, he referred to statues and mirrors, saying that great sculptors and painters never used deception. Critics claimed his taste was faulty.

6. Smith attributed his success in public speaking to the attention he paid to the audience. If a particular student was leaning forward, Smith knew he was listening; if he sat back, this was a sign to Smith to change the subject or style of his lecture.

7. Smith created virtuous characters with equal values of benevolence and prudence. To him, this represented happiness, which he associated with tranquility, or what he believed to be the natural and usual state of mind.

8. In Smith’s theory of morals, the notion of sympathy is prominent and logical, whereas in his later work on theory of economics, it hardly appears, giving way to the concept of self-interest instead.

9. By the time Smith left Glasgow in 1764, students had traded notebooks filled with his lectures. One of them is now a preserved manuscript.

10. In his analysis of economics, Smith used this metaphor: “The gold and silver money which circulates in any country may very properly be compared to a highway, which, while it circulates and carries to market all the grass and corn of the country produces itself not a single pile either.” It was part of his theory on the unfairness of labor and division of wealth.