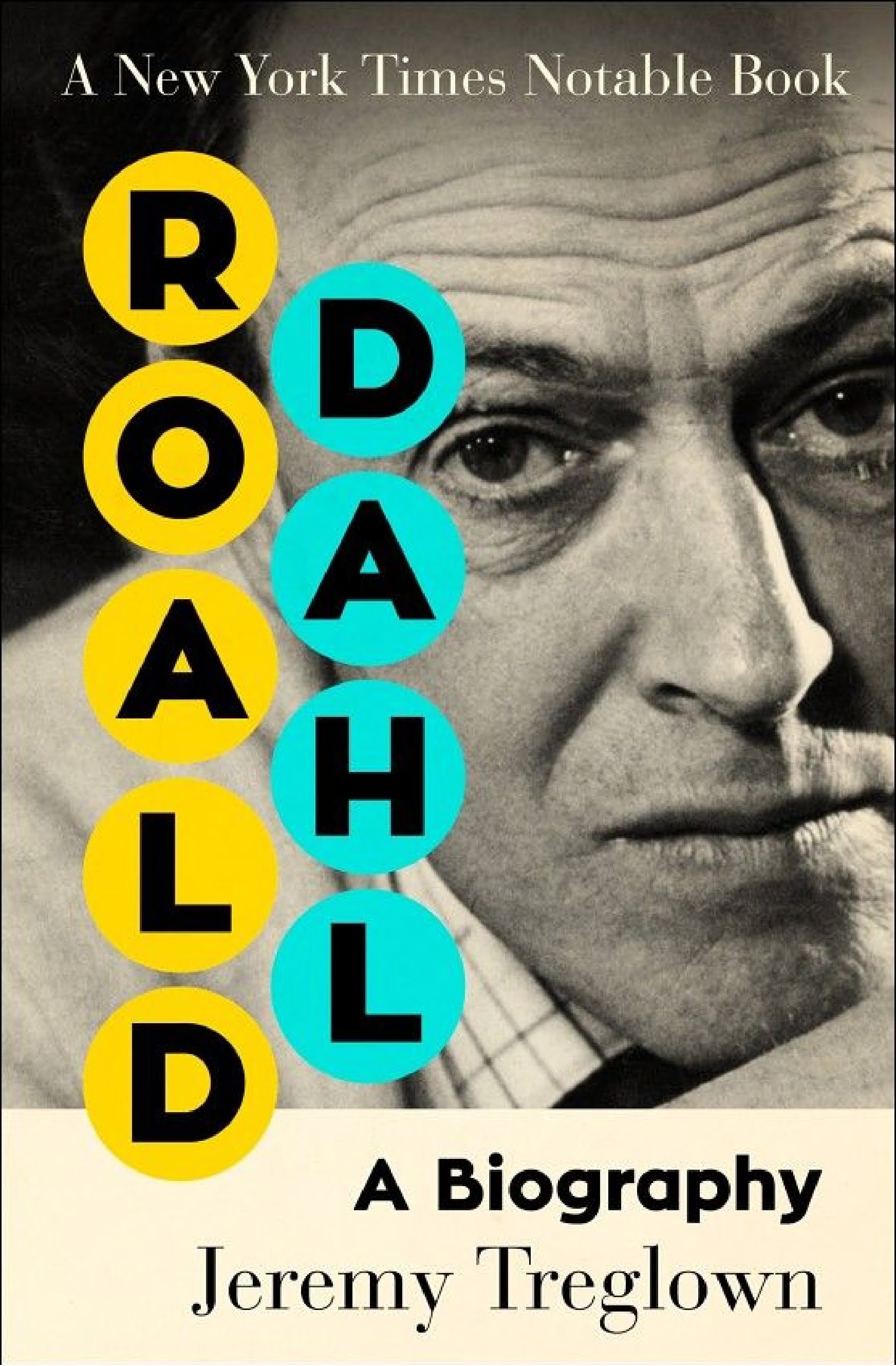 Many children first fell in love with reading thanks to the creative storytelling of Roald Dahl, who successfully blended magic and mischief into his colorful tales. His work is known for strong and inspirational kids at the center of the story, as well as outrageous humor and incredible imagination. While Dahl’s writings—both for children and adults—can be remarkably loveable, the man himself was often cantankerous, difficult, and deeply flawed.

Jeremy Treglown’s biography of Dahl is a “warts and all” tale. We see flashes of strong and compassionate behavior, such as when his son was in a terrible accident; we also see him being boorish with women and displaying shocking anger towards one of his daughters. If the portrait Treglown paints of Dahl at times comes across as surprisingly close to one of Dahl’s villains, it must be stressed that frequently the author makes Dahl appear as sympathetic as one of the heroes in his own stories, as a strong-willed champion facing impossible odds. Treglown makes it clear that Dahl did not have an easy time with his publishing career, as story after story was turned down by agents and magazines, and the plots of his books were forced to be revised. Not only that, but the lion’s share of his royalties was taken by taxes and publishers.

One of the best parts of Treglown’s analysis is his disapproval of how literary criticism is used as a machete to tear writers apart at the slightest provocation. He illustrates how Dahl’s reputation suffered when critics deliberately misinterpreted his books (pp. 179-180). Dahl was always an outsider in the literary community, denied the awards and the standing he desperately desired. Treglown manages a difficult balancing act: At times we see Dahl behaving monstrously, at other times eccentrically, but then he makes Dahl sympathetic again with a quick anecdote or an impassioned paragraph.

While Treglown’s book provides a good, quick read for people who would like to know about Dahl’s life, there are other resources that Dahl fans should consult. His autobiographies, Boy, which covers his childhood years, and Going Solo, which discusses his time serving in the Second World War, are wonderful reads, though recent scholarship has brought their veracity and accuracy into question. Increasingly, those who have studied Dahl’s life have concluded that he never let facts get in the way of a good story, but if one examines the emotional truth behind the occasionally outrageous stories and the too-good-to-be-true adventures, readers can glimpse the twin forces that shaped him, including a loving mother on the one hand, and a heartless and soul-crushing school environment on the other. Neither of those forces is given much attention in Treglown’s book, which focuses mostly on the man, his writing career, and those closest to him.

Treglown touches upon many events in Dahl’s life, including the stroke of his first wife American actress Patricia Neal, but details are at times strikingly sparse. For a much more detailed look at Dahl’s career and the various events that made up his life, Donald Sturrock’s Storyteller: The Authorized Biography of Roald Dahl provides a far more comprehensive summary. Sturrock’s book is quite long, and Treglown’s work is easier for readers to study and digest.

This book is meant for readers who are thoroughly familiar with Dahl’s work because otherwise some of his best stories would be spoiled.

Here and there Treglown’s literary criticism errs. At one point, he describes Wonka as responsible for the disposal of those who cross him, when in fact the children and parents who meet unpleasant (but not mortal) fates receive their comeuppance due to their own poor choices and impulsive behavior. Some of Dahl’s best short stories are summarized in two or three sentences, with their surprise endings spoiled. People not familiar with his legendary twists should, therefore, be cautious. Also, Dahl’s adult novel My Uncle Oswald has many fans, but Treglown presents it as a critical and artistic failure.

Indeed, one of the most compelling portions of the book is when Treglown depicts Dahl and his struggles to succeed. We see glimpses of Dahl’s troubles with Hollywood, as he makes a great deal of money writing screenplays while refusing to take criticism well, and rarely taking pride in the finished product. It is gently heartbreaking when we see some of Dahl’s most impressive short stories rejected by the New Yorker, and we see some ambivalence about his work being accepted instead by Playboy. There is also an accusation of plagiarism that is given surprisingly short thrift—one of his short stories is noted to have an identical plot with someone else’s work, but whether the theft of the idea was deliberate or not is not explored, and the point is abandoned without much explanation (p. 125).

Treglown’s book does a fine job explaining the details of Dahl’s life, but it doesn’t quite explain why Dahl’s mind took the shape it did, nor why his personal life influenced the direction of his books and characters. Nevertheless, it provides a frank and interesting look at the events of Dahl’s career, and it is a useful reference source for fans who want to find out more about the man behind Willy Wonka, the BFG, Matilda, and scores of other memorable characters.