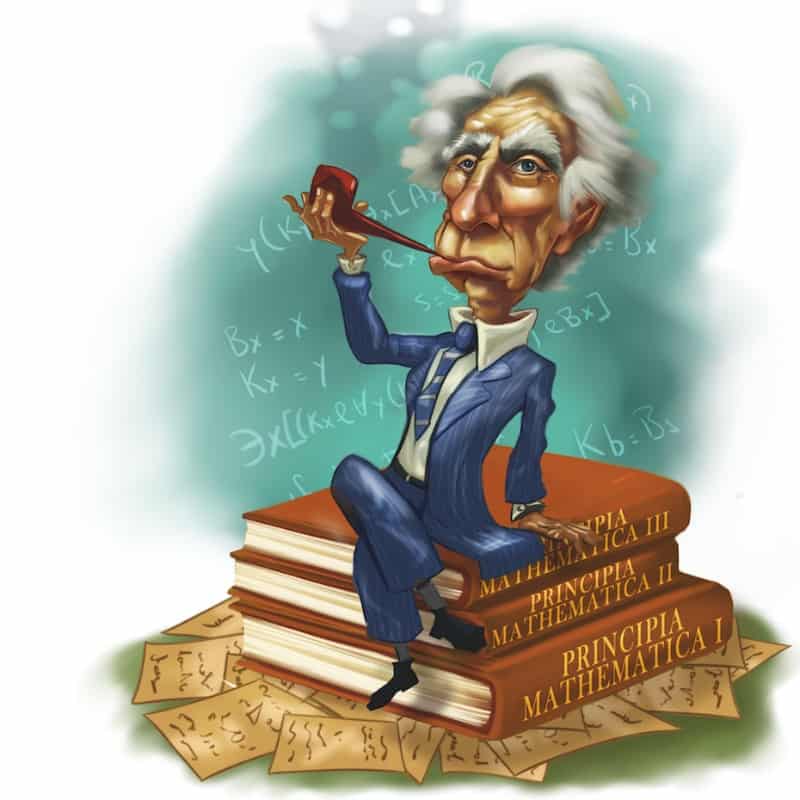 1. The Nobel Prize winner, Bertrand Russell, wrote over 60 books and 2,000 articles throughout the course of his 97-year life.

3. By the time Russell was four years, he had lost both his parents and his sister, Rachel. Their paternal grandparents cared for him and his brother, Frank. Russell’s grandfather would pass away two years after taking his grandsons in.

4. Russell married four times; his first wife was Alyssa “Alys” Pearsall Smith; the pair remained married for about seven years until their divorce in 1906. Fifteen years later, he married his second wife, Dora Black, an author and social campaigner. His third wife was Patricia Spence; they divorced in 1952. His fourth wife was Edith Finch, who he remained with until his death.

5. When Britain entered the Great War in August 1914, Russell criticized Britain’s intervention. He was fined, dismissed from Trinity College, and jailed for his views.

6. Two years after he immigrated to the United States, he was offered a lecturer position at City College of New York. Though many of Russell’s potential colleagues desired him to join their ranks, Russell’s views were seen as too radical for their time, and a court review deemed him “morally unfit” to teach.

7. After being denied work from the City College of New York, Russell engaged in a lecture series that developed into his book, A History of Western Philosophy. The book contributed significantly to his reception of the Nobel Prize.

8. In 1961, Russell participated in an anti-nuclear arms demonstration in London. He and many other protestors were arrested for breaching the peace. He spent seven days in Brixton Prison.

9. Aside from his Nobel Prize in Literature, Russell was awarded various prestigious honors over the course of his life: he was elected a fellow of the Royal Society, a Lifetime Fellow of Trinity College, and was given the Order of Merit.

10. Russell passed away on February 2, 1970. He died from a case of influenza at his home in Penrhyndeudraeth, Wales.