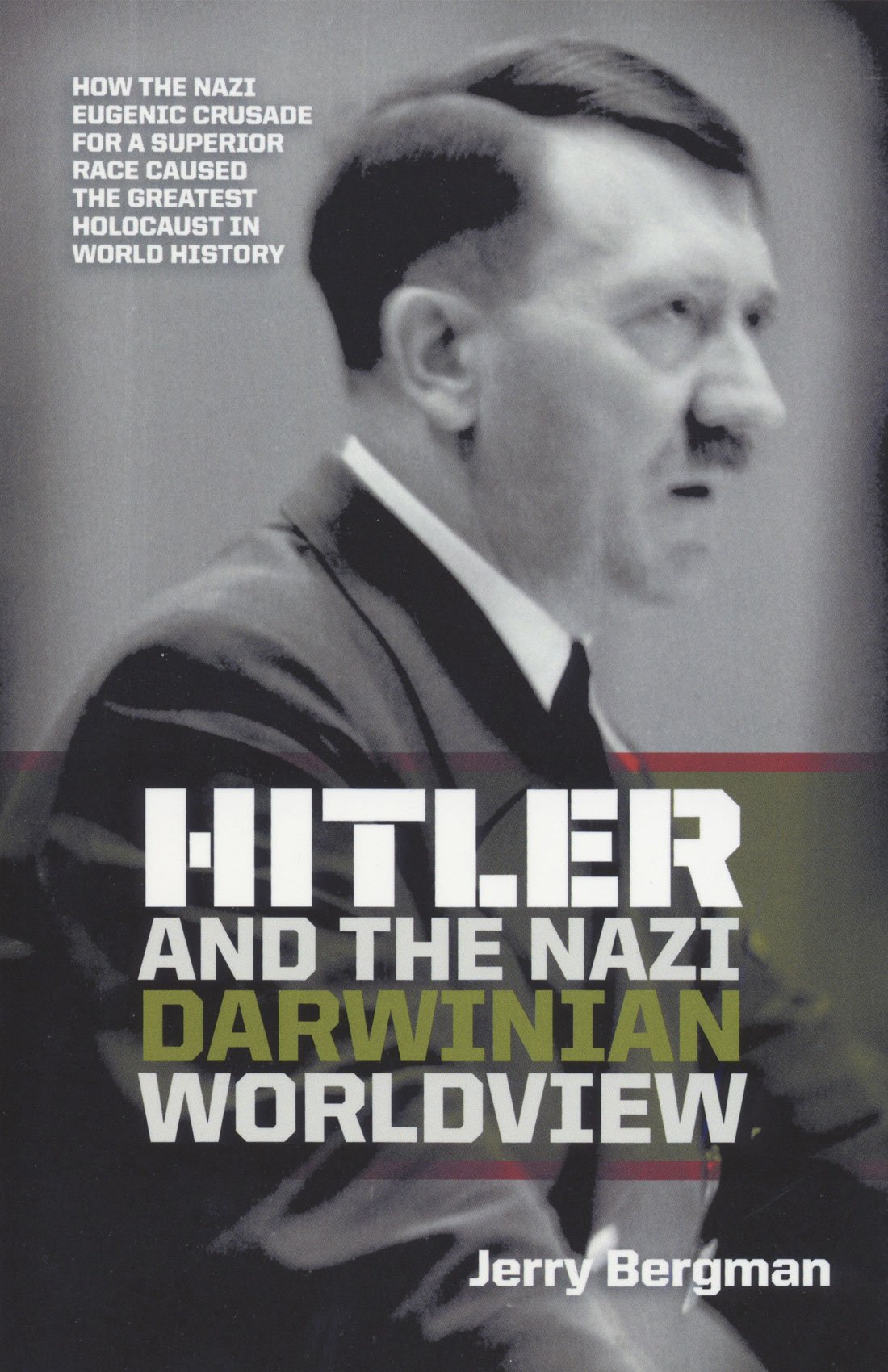 Untangling the cause and effect relationships embedded in historical events can be a complicated endeavor. This is especially true when complex questions of ethics, science, and race are part of the discussion. This is what Jerry Bergman attempts in his densely packed work, Hitler and the Nazi Darwinian World View. He confronts the reader with the fact that seemingly educated men conspired to commit monstrous acts of evil.

Bergman provides overwhelming evidence that Adolf Hitler and much of the Nazi inner circle were influenced by and championed social Darwinism and eugenics. They read popular books and articles on those subjects and, as in the case of Nazi propaganda minister Joseph Goebbels and physician Dr. Josef Mengele, imbibed theories of racial hygiene at German universities, spreading Hitler’s belief that “the evolutionary superiority of Aryans, the race superior to all others, gave them not only the right, but the duty to subjugate all other peoples” (p. 79).

The Nazi leader concocted his own particular brand of evil based on notions of race and mythology. He espoused many of these ideas in his rambling book Mein Kampf a decade before he came to power. Bergman returns again and again to the profound influence that Ernst Haeckel, a respected German scientist, had on the Nazi worldview. He was one of the primary transmitters of Darwinian ideas in Germany, and his work was used to give Nazi ideas intellectual weight. After the Nazis took power, they knew they had to brainwash the next generation with their twisted ideology. Bergman uses Hitler’s chilling words to make this point: “Let me control the textbooks and I will control the State” (p. 265). In this way, Nazi racial ideology became a fact of life for German children.

Control of education and propaganda was key for the Nazis, but just as important were their efforts to undermine, and ultimately destroy, Christianity in Germany. The book chronicles how several high-ranking Nazis, including Goebbels and Mengele, were raised with religion, but rejected it as young adults in favor of secular ideas grounded in the “science” of eugenics and racial supremacy. They knew there was no room for a religious and ethical system that taught people to be compassionate toward the weak and vulnerable. The Nazi worldview embraced survival of the fittest and preached contempt for those who did not meet arbitrary racial standards. As Bergman put it, “the Nazis offered the German people a new religion based around blood, soil, Germanic folklore and the Thousand Year Reich” (p. 170). He points out that after the failures of WWI, Versailles, and the Weimar Republic, many Germans were ready to embrace Hitler’s exhortations of confidence and strength. He is quick to remind us, however, that none of this excuses embracing or simply tolerating the Nazis.

Darwinian ideas in Germany too often came to mean theories of Aryan racial superiority, with respected scientists and politicians advocating the need for “civilized man” to wage war against “primitive man.” They argued this was the only way to purify the Aryan race and prevent its demise through contamination by impure blood. According to Bergman, it was an obsession with protecting Aryan blood that drove Hitler’s thirst for conquest. But conquest and expansion were only the first steps of his master plan. The ultimate aim was the extermination of Jews and other people he believed to be inferior. Of course, this came to horrific fruition with the regimented slaughter that was the Holocaust. Not only was Hitler obsessed with murdering millions of innocent people, but Bergman also points out that the egomaniac believed mankind would eventually praise him for his actions.

Hitler’s Deputy Fuhrer, Rudolph Hess, encapsulated the Nazi dogma with the words, “National Socialism is nothing but applied biology” (p. 312).  His words also reflect Bergman’s argument that Hitler’s plans were fueled by much more than the usual power politics and lust for land. He and his Nazi thugs convinced themselves they were charged with a historical mission that would allow the Third Reich to reign for a thousand years with the master race at the helm. Their fantasies of a glorious racial struggle, made real by the monstrous Final Solution, doomed Germany to be defeated at the hands of the Allied powers.

Bergman’s book blends political history with the state of science, ethics, and morality in post–WWI Germany. Racial theories and eugenics gained ground with Hitler’s rise to power in the 1930s. Hitler used these same theories as the justification to implement policies of segregation, imprisonment, and finally genocide. Many histories of this period focus extensively on the what, but Bergman delves into the why behind the noxious mix of Nazism and aspects of Darwinism. Too many Germans were willing to accept this fanaticism as the price for making Germany strong again.

The scope of Hitler and the Nazi Darwinian World View means it should appeal to students of history, politics, and science. Bergman reminds us that ideas don’t just exist in books and classrooms; they have real weight in the real world and can lead to tragic consequences. Books like this one will help ensure this critical historical period will be remembered and understood, by illuminating the horrendous crimes committed through the twisting of science to serve evil.