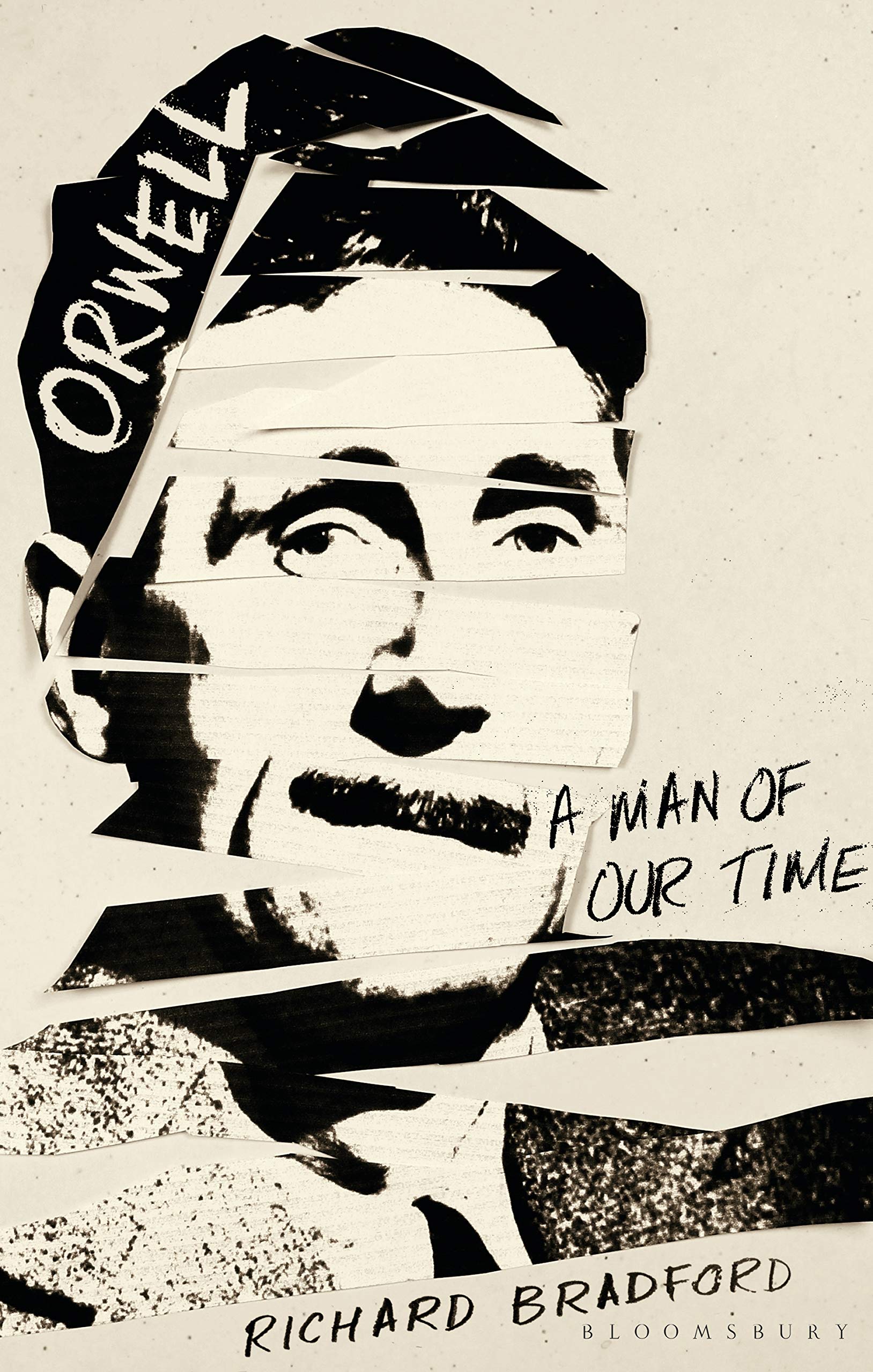 The year 2020 marks 70 years since the death of George Orwell on January 25, 1950, at University College Hospital in London. Such landmark dates are often the occasion for new works about one of the previous century’s most compelling and best-known authors. D. J. Taylor’s Orwell: The Life and Gordon Bowker’s George Orwell appeared in 2003, the centenary of Orwell’s birth. The year 2019 saw the publication of two biographies of Orwell’s seminal work Nineteen Eighty-Four, on the 70th anniversary of its publication. Richard Bradford’s Orwell: A Man Of Our Time occupies a similar place in this anniversary literature on Orwell, though it mainly covers familiar biographical territory.

The outlines of Orwell’s birth, education, colonial service, and the long road to success as a writer are traced competently and engagingly, but Bradford’s aim is less about narrative biography than perceived connections to contemporary politics, and specifically British politics. For example, his chapter on Orwell’s time at Eton serves to illustrate how the school shaped his antipathy toward the hierarchies of power, while also showing how the prestigious school served as a proving ground for students such as a young Boris Johnson, who would later become England’s prime minister and other public figures who later rose to positions of authority.

In his essay on Charles Dickens, Orwell characterized the celebrated Victorian novelist this way:

Dickens attacked English institutions with a ferocity that has never since been approached. Yet he managed to do it without making himself hated, and, more than this, the very people he attacked have swallowed him so completely that he has become a national institution himself.

The same could easily be said of Orwell. His reporting on the Spanish Civil War, in essays, book reviews, and in the posthumously celebrated book Homage to Catalonia, was pilloried by the intellectual left in England. Orwell himself was branded a traitor for his criticism of the Soviet Union, whose totalitarianism was studiously ignored. “The hard-left media told lies about Orwell as a Trotskyist fifth columnist…,” Bradford writes. And yet ironically, a statue of the former “traitor” now stands in front of BBC headquarters, adorned with the quotation: “If liberty means anything at all, it means the right to tell people what they do not want to hear.”

The portrait that emerges from Bradford’s biography is of a writer who embraced the role of outsider from an early age and used his formidable intellect to challenge the orthodoxies of his day, which continue in many instances to be the orthodoxies of our own. Whether it is Orwell’s committed opposition to upper-class institutions or his rejection of British imperialism; whether it is his condemnation of economic privilege and the exploitation of the working classes, or his dark vision of a future dominated by unconquerable totalitarian states all bent on the destruction of the individual self and the dismantling of objective reality; in each instance, Bradford attempts to show how contemporary developments illustrate how little we have learned from Orwell’s prescient advice.

Bradford sees the Brexit referendum in particular as a dangerous regression fueled by the xenophobia that Orwell warned was a common feature of the English working classes and systemic dishonesty among the political classes. “Calculated doublethink … has been a commonplace of Brexit since before the Referendum, and while Remainers have sometimes played games with the truth their transgressions pale into insignificance in comparison with those of the Leave campaign.” Bradford’s narrow focus on domestic politics in Britain can present problems for readers not fully briefed on current political leaders, but he does at least root his commentary and criticism of contemporary issues for the most part in Orwell’s writings. Nonetheless, there are moments when he paints in strokes so broad that the point can sometimes get lost. Dragging in Hugh Fearnley-Whittingstall, the popular restaurateur, food writer, and educator as an example of Eton inciting “profligate sovereignty”, tends to baffle rather than enlighten.

Most readers familiar with Orwell’s life and legacy might well consider that Bradford’s theme hardly needs arguing, that Orwell “is a writer for our time because the issues he foregrounded and tackled in his work are timeless.” All of his books remain in print, even those such as Keep the Aspidistra Flying that he repudiated during his lifetime. There are few countries in the world where his name is not known or where his books are not read. His very name, as well as the fictional artifacts “Big Brother,” “doublespeak,” and “thought crime” to name only a few, are regularly invoked and understood even by people wholly unfamiliar with the works in which they appear. The fact that Bradford works as diligently as he does to contrast current political developments through the prism of Orwell’s writings, is an argument in itself for how he continues to resonate with contemporary readers.