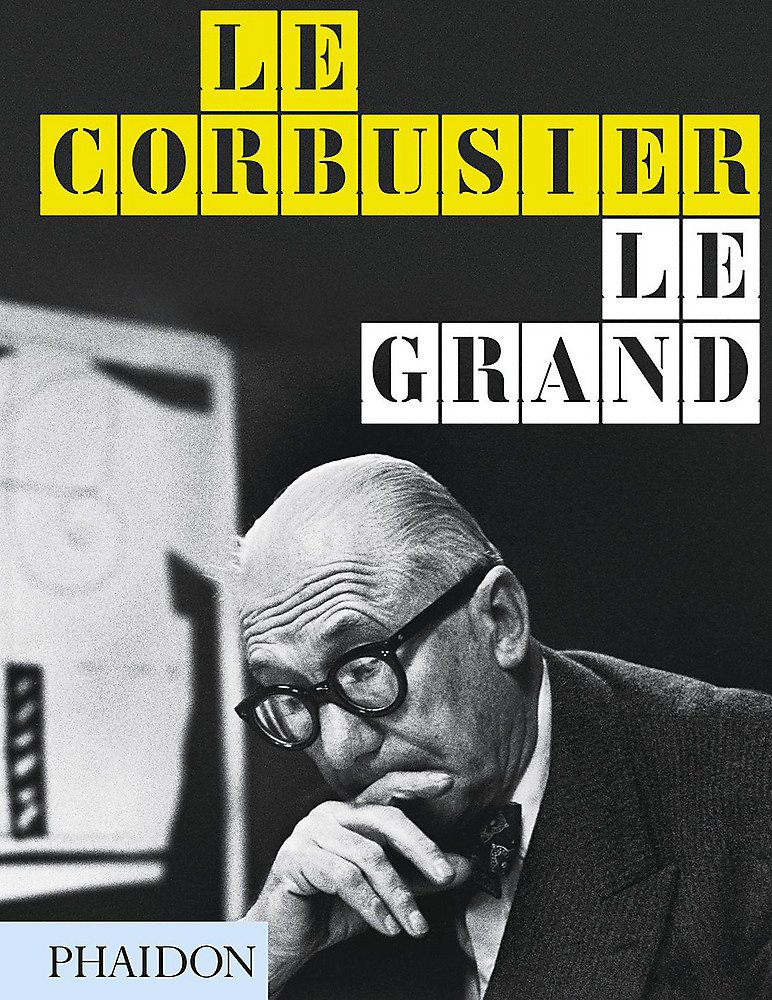 Several years ago, the German boutique publisher Taschen released a book of monumental proportions to celebrate one of boxing’s greatest champions—Muhammad Ali. The book entitled GOAT (an acronym for “Greatest Of All Time”) tipped the scales at 75lbs. It gave new meaning to over-sized coffee table books measuring 20” x 20” and offering over 3,000 images of the irrepressible boxer over the course of his remarkable and eventful career. In that same grand style, Phaidon Press has released a hefty doorstopper on one of the most revered and reviled architects of modern times—Swiss-born Charles-Edouard Jeanneret, better known as Le Corbusier. Le Corbusier Le Grande, a large, unwieldy book, brims with beautiful images—many never seen before—offering readers a pictorial tour of this remarkable architect’s life and work.

Le Corbusier’s career spanned many decades—from the turn of the century until his death in 1965. His architectural output was astonishing. Having drafted roughly 305 projects, he was responsible for the creation of 78 buildings in 12 countries. He was also a prolific writer and painter. Rival architect Frank Lloyd Wright once quipped about Le Corbusier’s output, “Well, now that he’s finished one building, he’ll go write four books about it.” What emerges from this pictorial essay, is a man who dominated his architectural landscape much the same way as Pablo Picasso dominated painting or Ernest Hemingway influenced literature. Aside from the photographs, drawings, travel sketches, and reproductions of Le Corbusier’s paintings, along with letters, newspaper clippings, travel documents, ID cards, and other ephemera, the massive tome is anchored by two essays by Le Corbusier scholars Tim Benton and Jean-Louis Cohen, one of which serves as the introduction. 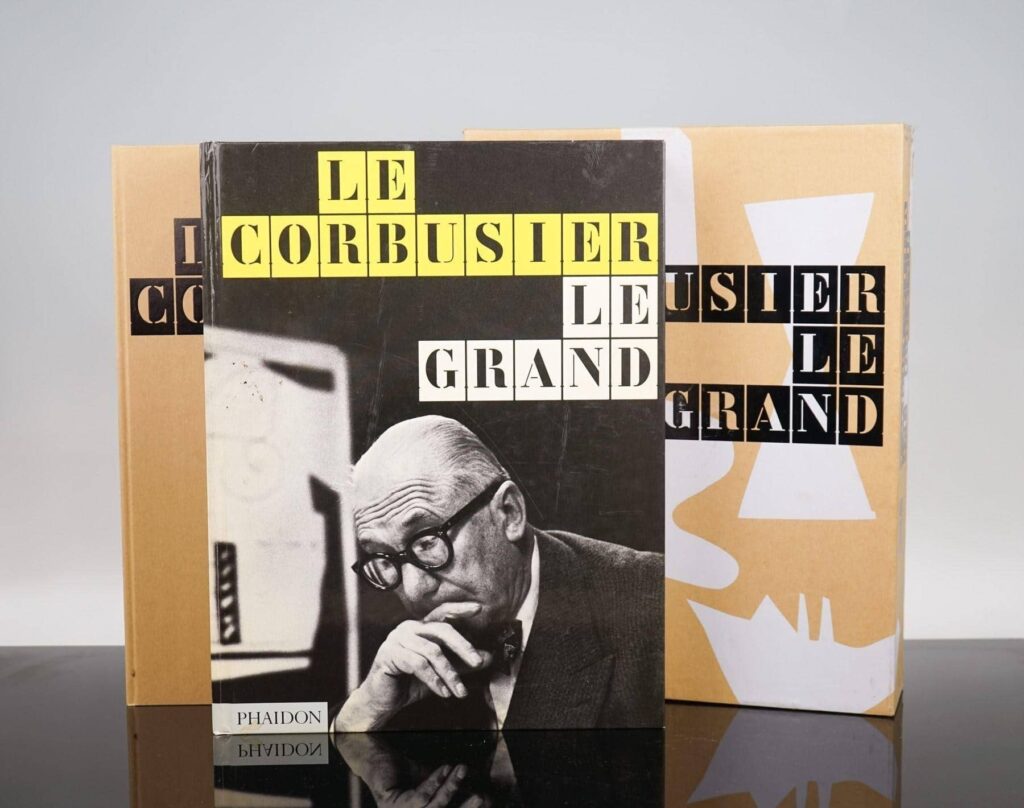 Benton’s piece, which offers a critical summary of Le Corbusier’s career, describes the architect as one of those rare 21st-century figures who inspires such passion and divides opinion so dramatically that the question of his real standing becomes a “fetish,” while the complex legacies of his work “come to matter more than its continuing importance.” Benton was awarded the 2008 Prix National du Livre by the Académie d’Architecture in France for his book Le Corbusier conférencier, Editions Le Moniteur, 2007.

Cohen, Sheldon H. Solow Professor in the History of Architecture at the Institute of Fine Arts of New York University, wrote Le Corbusier (Taschen, 2009) and in the Le Grand essay, he describes him as one of the most important architects of the 20th century, the proud creator of a system of shelter living that remains relevant today for millions of people.

Le Corbusier Le Grand provides a fascinating window into the mind of one of the most influential architects of the 20th century. The scholarship, design, and layout of the book are all superb and make for a rare documentary complement to the works that inspired it.

Le Corbusier’s tours of North America (1922-25) are represented in the photographic reproductions of his sketches, some of which were published in an early book, Bauhaus Impressions, in 1925 when he was in his mid-20s, and that book’s inclusion in this collection is a rare treat for those interested in his early works and influences. His design tours of the United States and Europe (1928-35) are portrayed in colorful prints and snapshots of his developing style. His travels in China (1935-36) and his work on the huge complex of housing projects, La Ventana (1937), are depicted in a series of photos taken by his wife Yvonne. Among them are images of their visit to the L’Exposition Universelle Internationale (World’s Fair), as Le Corbusier was the chief architect of housing projects which were erected for the exposition. And there are hundreds more captivating images representing the now-iconic buildings that have come to characterize 20th-century Modernism. While many of the images depict long-demolished designs (most spectacularly his Pavillon de l’Esprit Nouveau, circa 1920), the ones that exist exude a nostalgic poignancy. Some of these wonderfully preserved and put together images depict the Villa Savoye (circa 1930), the Church of Notre-Dame-du-Haut (1931-35), the Chapel in Ronchamp (1950-55), the Unité d’Habitation in Marseille (1947-52), and his ambitious design for an apartment building in São Paulo (1951-56). The shots of the evolving Notre Dame-du-Haut are particularly touching—the pictures show Le Corbusier’s growing confidence in his own style, and by the time Notre Dame-du-Haut was completed 15 years after the initial design, he had established his signature style.

The large format of the tome makes the images intensely tactile, a tactility that is greatly enhanced by the thick, washy paper. Comparing Le Corbusier’s work with that of other masters, Le Corbusier Le Grand is a magnificent achievement by the editorial team at Phaidon.