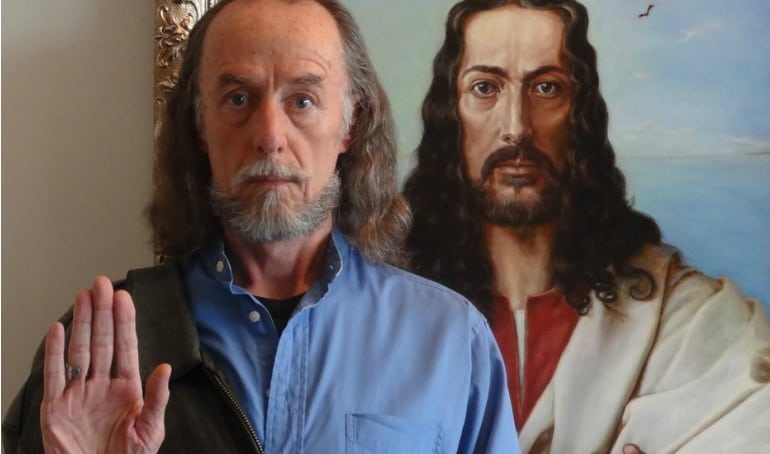 Graham Parkes is Professor of Philosophy at University College in Cork, Ireland. He is the author of several books including Nietzsche and Asian Thought, Composing the Soul: Reaches of Nietzsche’s Psychology, and a translation of Nietzsche’s Thus Spoke Zarathustra: A Book for Everyone and Nobody. His current research is in the areas of environmental and political philosophy, as well as the philosophy of art.

Simply Charly: The popular image of Friedrich Nietzsche seems to be that of a nihilistic doomsayer who hated religion and advocated the systematic murder of the poor. Is there any truth at all to this image? How did it develop in the first place?

Graham Parkes: It’s hard to see Nietzsche as a “nihilistic doomsayer” when he was so concerned with confronting nihilism and finding ways to let it “overcome itself,” ways that would lead to an affirmation of this life, with all its attendant suffering. (An excellent treatment of this issue is Keiji Nishitani’s The Self-Overcoming of Nihilism.) After all, he did characterize his idea of eternal recurrence as “the highest formula of affirmation that can ever be attained.”

Nietzsche certainly didn’t have much time for what Soren Kierkegaard called “Christendom,” but his main point is that religion is a destructive force when it presumes to dominate human existence. As he wrote in Beyond Good and Evil: “It always costs dearly and terribly when religions reign not as means of cultivation and education in the hands of the philosopher, but reign for themselves and as sovereign, when they want to be ultimate ends and not mere means among other means.” (BGE 62)

As for “the systematic murder of the poor,” I’ve no idea where that comes from, and there’s no truth to it. Of course, Nietzsche can often be harsh, but he can also be compassionate: look at all the confessions of love that Zarathustra makes (and remember that Thus Spoke Zarathustra was Nietzsche’s favorite among his books).

SC: How did this distorted image develop?

GP: Well, mainly from a trend of denouncing Nietzsche on the basis of not having read his works. They are difficult to read, admittedly, and many people aren’t interested in making an effort to read them carefully.

SC: Your book, Composing the Soul: Reaches of Nietzsche’s Psychology, delves into Nietzsche’s view of the “soul” and how it related to our understanding of the human mind. How did Nietzsche define the “soul”? What were the multiple “drives” that Nietzsche referred to, and how closely do they relate to Freud’s famous id/ego/superego trifecta?

GP: Nietzsche’s view of the soul is difficult to define (it took me 500 pages to characterize it). He certainly thought the “immortal soul” was a convenient and unhelpful fiction, and advocated instead for ideas of the mortal soul, the soul as a “multiplicity of subjects,” and the soul as a “social structure of drives and affects” (BGE 12). The same is true for his idea of the drives (Triebe), which he writes about a lot but without ever defining it. At the risk of immodesty, I’d have to recommend Composing the Soul as a good place to begin to understand what he means by the drives. Since Nietzsche says that the drives operate for the most part beneath the level of our conscious awareness, they would more or less comprise what Freud calls das Es (better translated as the “It”). Freud adopted a great many of Nietzsche’s ideas about the drives, though you wouldn’t know it from the standard translations, which unhelpfully translate Triebe as “instincts.”

Part of Nietzsche’s unpopularity stems from his sister Elisabeth who, after his death, misappropriated and rewrote his works to support the German National Socialist Party, which she greatly admired.

SC: Did any of Nietzsche’s philosophy meet up with the Nazi ideal, or was this entirely a fabrication on Elisabeth’s part? What made her believe that her brother’s philosophy could be adapted to Nazi propaganda?

GP: I think there’s nothing in Nietzsche that could legitimately be called fascistic: after all, he was dead against nationalism and socialism and didn’t think much of the Germans in general. Elisabeth wanted to avenge herself for his lack of appreciation of all that she had done for him, and since he wrote so much that he didn’t publish, she was able, by clever picking, to construct a misleading picture of his thought that served her own ends of self-promotion.

SC: What was the relationship between Nietzsche and Richard Wagner? Why did the former feel compelled to write a diatribe against the latter?

GP: That was a very fraught relationship, from which both men benefited before it went sour. (The best source I know on that topic is Roger Hollinrake’s Nietzsche, Wagner and the Philosophy of Pessimism). Nietzsche wrote several texts that were highly critical of Wagner because he thought the Maestro, who he believed at first, would contribute to a renaissance of European culture, had “sold out” and backslid into a pious Christianity.

SC: You edited the compilation Nietzsche and Asian Thought, which addresses Nietzsche’s impact on Eastern culture. How has Nietzsche’s philosophy been received in Asia? Is it unusual for a Western philosopher to attract so much attention in Asia?

GP: I don’t know about Asia as a whole, but certainly Nietzsche’s impact on Japan, and then later in China, has been enormous. (It’s documented in Nietzsche and Asian Thought, and in an essay I contributed to The Cambridge Companion to Nietzsche.) I would say that, in East Asia, Nietzsche and Martin Heidegger are the two Western philosophers who’ve exerted the most influence. In both cases, I would say it’s because their philosophies are non-metaphysical and also have great affinities to Buddhism and Daoism.

SC: Also Sprach Zarathustra is perhaps Nietzsche’s best-known work, but it is also unusual in that it is actually a novel rather than a non-fiction work. Why did Nietzsche decide to use a novel format for Zarathustra? In your opinion, how did the format affect the book’s content?

GP: I suppose I’d call it a dramatic narrative rather than a novel, though it shares some features with the traditional novel. I think Nietzsche chose an overtly literary and poetic form for it because he wanted to oppose the history of Western metaphysics with something entirely different (the text contains hardly any philosophical terms). He wanted to do something absolutely different from the traditional philosophical treatise, which purports to “tell it like it is,” and so he portrayed a life, Zarathustra’s, with the invitation to the reader to ask which features—if any—of that life are worth emulating.

I think the book is also an expression of Nietzsche’s lifelong desire to philosophize as a musician. The challenge of conveying the music of the text, which no previous translators had taken seriously, inspired me to do a new translation.

SC: Near the end of his life, Nietzsche suffered several nervous breakdowns and is now widely believed to have been suffering from some mental illness. What are the prevailing theories regarding Nietzsche’s mental state that you’ve encountered? Do you believe that his illness may have impacted his writings near the end of his life?

GP: I’ve always been fascinated by Nietzsche’s illnesses, and there’s an enormous literature on the topic. I think the diagnosis that has come to be the most accepted in the past decade—a retro-orbital meningioma, a kind of tumor in the lining of the brain that compresses the surrounding areas—is probably the most likely. The syphilis diagnosis simply doesn’t fit what’s known of the medical facts. That kind of condition is obviously going to affect the way you think and write, but I also believe that Nietzsche in a sense deliberately wrote himself over the edge, burned himself out, in the last year before his mental collapse.

SC: Nietzsche’s works can be notoriously difficult to read: Nietzsche himself frequently wrote new treatises such as Beyond Good and Evil and Nietzsche contra Wagner in order to do a better job of explaining his own earlier works. How would you go about introducing Nietzsche’s writings to a layman?

GP: I would begin by recommending that he forget everything he thinks he knows about Nietzsche since it’s probably wrong. Then, with an immodesty that rivals that of Nietzsche himself, I would recommend him, or her, to read Composing the Soul, which presents what I think are his most engaging ideas in the context of his own life.