MAIN MENU
Interview Karl Marx Philosophy
A German social scientist, political activist, and philosopher, Friedrich Engels (1820–1895) was, along with Karl Marx (1818-1883), the father of Communist theory. He was instrumental in the writing of the Communist Manifesto and Das Kapital, two of the world’s most influential political manuscripts. 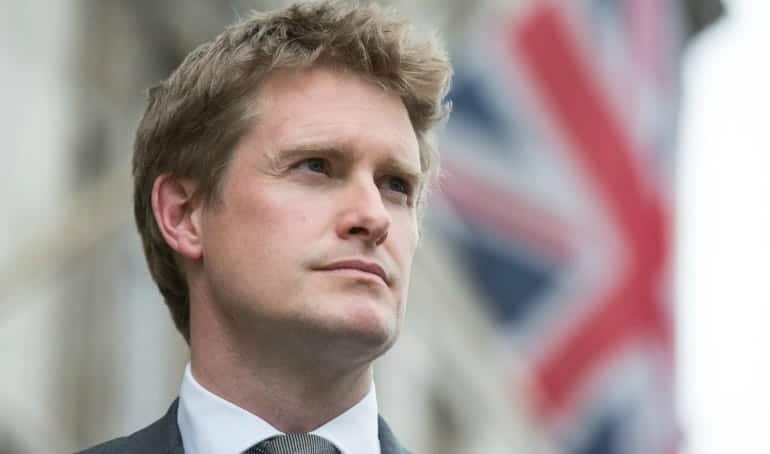 A German social scientist, political activist, and philosopher, Friedrich Engels (1820–1895) was, along with Karl Marx (1818-1883), the father of Communist theory. He was instrumental in the writing of the Communist Manifesto and Das Kapital, two of the world’s most influential political manuscripts.

Tristram Hunt is a lecturer in history at the University of London. The author of Building Jerusalem: The Rise and Fall of the Victorian City and most recently, Marx’s General—The Revolutionary Life of Friedrich Engels, he writes political and cultural commentary for The Guardian, The Times, and the London Review of Books, among other publications.

Simply Charly: In your new book, Marx’s General: The Revolutionary Life of Friedrich Engels, you attempt to bring Engels, who long played Horatio to Marx’s Hamlet, out from under Marx’s shadow. Why do you suppose there has been a dearth of books on Engels?

Tristram Hunt: Not a ‘dearth’, but certainly not merely as many as there might have been. The last major biography of the man was, I think, by Gustav Mayer in the 1930s. For much of the post-war era—especially in the West—he was regarded with both suspicion and hostility as the ideological architect of Soviet-style Communism. And even with the revival of Marx’s stock over the last 15 years, Engels himself has still lagged behind in public recognition or critical engagement. Hopefully, this book is a small step in counter-balancing that bias.

SC: What kind of research did you do when assembling this book?

TH: Well, the major event was to go to visit the city of ‘Engels’ in Russia. Named in honor of the great man in the aftermath of the Russian Revolution, it was in an area along the Volga river where a high proportion of ethnic Germans. And, as a result, it suffered terribly at Stalin’s hands during World War II. In addition, I spent time in the archives in Wuppertal, Germany, Engels’s birthplace; in Amsterdam, where large Marx-Engels Archives exist; in Manchester, where Engels lived for many years; as well as working my way through the multi-volume editions of their work and letters. Marx and Engels certainly wrote a prodigious amount.

SC: As Communism’s “dream team,” Marx and Engel couldn’t have been more different. Engels had a carefree life as a prosperous bachelor while Marx suffered the vicissitudes of poverty. Can you describe their relationship?

TH: It was the greatest friendship in Western political thought, which lasted pretty much solidly for 40 years. When they met in 1844, they did so as intellectual equals, both having come to the same political and philosophical conclusions independently. Engels then realized Marx’s genius and agreed to take a step back—to play ‘second fiddle’ to so fine a first fiddle as Marx. And he was never envious of Marx’s genius, he always wanted to exploit it to the maximum. There was also that temperamental difference: Engels was far less complicated, more boisterous, hospitable, and carefree than Marx with his domineering wife and numerous daughters.

SC: Why do you suppose Engels railed against the conditions of the proletariat when he seemed to enjoy the fruits of Capitalism? Did he ever renounce this way of life in favor of the ideals outlined in The Communist Manifesto?

TH: No, Engels would never apologize and only rarely explain how he justified living off profits derived from the exploitation of the proletariat. In essence, he believed one had to do what one had to do in a Capitalist society whilst working for its downfall. And, secondly, he worked in the cotton industry and played the Capitalist to fund Marx. Without his labors in Manchester as a cotton merchant and the spiriting of huge sums down south to the Marx family, it is very doubtful whether Marx would have been able to have the financial security to write Das Kapital in the manner he did.

SC: Two of the chief evils that Marx complained about, which resulted from Capitalism, were alienation and exploitation. Can you briefly explain what he meant by these notions?

TH: The notion of alienation was originally used in the context of criticism of religion: how man’s worship of a Christian deity, necessarily involved a process of dehumanization within himself. He became alienated from his human essence by giving so much of himself up to a Godhead. Marx and Engels’ achievement was to transfer that notion of dehumanization and alienation from the realm of religious worship to Capitalist society; under the system of private property and Capitalism, man was involved in an equally disfiguring process of alienation. And those most dehumanized and alienated were the proletariat, whose life was sucked out of them by the Vampire-like demands of Capital.

SC: What would you say was Engels’ main strength as far as his contribution to The Communist Manifesto and Das Kapital?

TH: His great contribution to The Communist Manifesto was to do the groundwork on the first two drafts. It was Engels who systematically thrashed out the line of argument and the political settlement with The Communist League. But it was Marx’s genius to write the Manifesto with such extraordinary brio and confidence. His work on Das Kapital was equally significant: it was Engels who provided much of the material evidence of Capitalism in action. His knowledge of the Manchester cotton industry and its workings—machinery depreciation rates; pay bargaining; raw material costs—made its way into Marx’s brilliant critique of how capital functions. While Marx was stuck in the British Museum researching the theory, Engels was providing the facts.

SC: The term “dialectical materialism” is one of the dominant pillars of Marx’s philosophy, even though the term was never used by either Marx or Engels in their writings. Can you explain what is meant by this term?

TH: Dialectical materialism was a philosophy that helped to explain historical and social change. It drew on elements of Hegel’s understanding of the dialectic in history but replaced idealism with materialism and connected some of that thinking to the 19th-century revolution in science, to provide a science of society which assisted Socialists in understanding how tensions within the Capitalist model would eventually become so great that they would lead to qualitative changes—at which point the conditions for revolution were ripe. It remains a difficult philosophy to explain succinctly!

SC: When Marx died, Engels completed volumes 2 and 3 of Das Kapital from Marx’s scattered notes. And a fourth volume was brought together by Karl Kautsky after Engels’ death. However, these volumes are very often ignored in favor of volume one. Why?

TH: Volume 1 of Das Kapital is simply a far more compelling account of Marxian economics than Volumes 2 and 3. It has an urgency and critical currency that the later volumes, especially Volume 2, often lack. However, it should be remembered how few contemporaries came to Marxism through a reading of Das Kapital—even then a hefty tome to make your way through. Far more influential were Engels’s works, Anti-Dühring, and its edited version, Socialism: Utopian and Scientific. These polemical, shorter texts were often the vehicles through which the coming Socialist generation of the late 19th and early 20th century discovered their scientific Socialism.

SC: Do you think a viable and just society can be created using Marx’s original principles without going off track as they did under Stalin or Mao?

TH: Well, Marx is notoriously unclear as to the exact mechanics of his just society. I find him far more useful and interesting as a critic of Capitalism, rather than a seer of Communism. His insights into the nature of globalization, the processes of exploitation and immiseration, the inhumanity of unregulated Capitalism, the consequences of colonialism, feminism, historical materialism, warfare, etc., all make Marx well worth reading today. And, in my view, Engels was particularly adept at taking forward some of these ideas into new intellectual terrains. At the core of Marxian Communism was a belief that humanity would be transformed at the end of history as mankind makes the leap from the kingdom of necessity to the kingdom of freedom—I’m afraid I am still unable to make that leap of faith.

SC: Marxism is back in fashion now that Capitalism has been teetering on the brink of collapse. What do you make of our current economic crisis and its prospects for a Marxist revival?

TH: All the background to the current economic crisis—escalating complexity and instability of the Capitalist process; the concentration of capital within ever more dominant corporate players; the nexus of politics and big business; the impact on the poorest of the crash; the attempted return to business as normal—would have been intensely familiar to Karl Marx. Indeed, he commented upon a number of similar crises during the mid-19th century. And, as a result, there has certainly been a powerful upsurge of interest in the ideas of Marx and Engels, with some high-profile events in London exploring Socialist responses to the current crisis. But, sadly, the real response in Britain has been an upsurge of enthusiasm for far-right parties, just as in the 1930s, it was the extremists who seemed to be benefiting. At the moment, Britain looks set to elect a Conservative government in 2010 with an extremely reactionary policy agenda. Although, if one was an optimistic Marxist, you might argue this was only accelerating the contradiction.