MAIN MENU
Interview Psychiatry Psychology Sigmund Freud
Although some of his theories are still hotly debated, Sigmund Freud, (May 6, 1856–September 23, 1939) is widely regarded as a trailblazer in the realm of psychiatry and psychology. The Austrian psychiatrist and neurologist, who was allegedly the first to explain how human behavior is determined by the conscious and unconscious forces, is regarded as the… 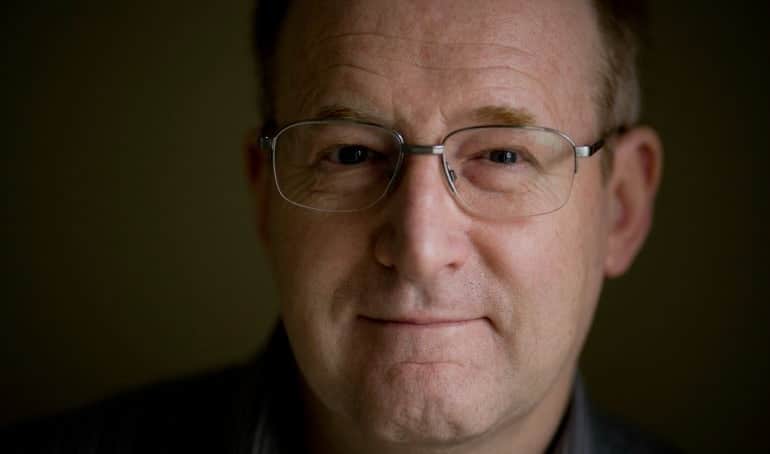 Deep Freud: Tamas Pataki Analyzes The Psyche Of A Genius

Although some of his theories are still hotly debated, Sigmund Freud, (1856–1939) is widely regarded as a trailblazer in the realm of psychiatry and psychology. The Austrian psychiatrist and neurologist, who was allegedly the first to explain how human behavior is determined by the conscious and unconscious forces, is regarded as the founder of psychoanalysis.

Along with the “talk therapy” that remains the staple of psychiatric treatment to this day, Freud popularized, among other notions, such concepts as the psychosexual stages of development; Oedipus complex; transference; dream symbolism; Ego, Id, and Super-Ego; and the one that has become part of the colloquial English more than any other psychiatric term—the Freudian slip.

Tamas Pataki is Honorary Senior Fellow in the Department of Philosophy at the University of Melbourne, Australia, and Honorary Fellow at Deakin University, also in Melbourne. He has published several philosophical articles in academic journals and in several academic anthologies, such as Racism in Mind (Cornell University Press, 2004). In 2007 he published a polemical book Against Religion (Scribe Publications 2007), which drew a vigorous critical response.

Simply Charly: Sigmund Freud is regarded as the father of psychoanalysis, and the first person to seriously explain how our behavior is determined by the unconscious mind. Before these findings, what was the commonly accepted and practiced psychiatric treatment of the day?

Tamas Pataki: The situation in psychiatry was in many respects the same as today. By the last quarter of the nineteenth century (especially in the Germanic world) the view that (most) mental illness was a disease of the brain—an organic condition—had gained ascendancy, and treatment was geared to regulate the condition of the nervous system. Hence, sanitariums for seclusion and rest, massage, baths, etc., were recommended, but also tonics such as electricity, exercise, strychnine, etc. At the same time, however, mostly in France, there were pockets where a more psychological conception of some mental illnesses predominated, and hypnosis, certain kinds of psychotherapy, “magnetism,” and automatic writing were practiced to effect a cure.

TP: Yes and no. They were certainly considered shocking by some sections of the reading public, as well as by many medical folk, and the religious. But it’s good to remember that infant sexuality and perversions were being investigated by many other specialists at the time, for example, Havelock Ellis, Krafft-Ebing, and so on, and were grist for the mill among some academic and literary circles.

SC: Freud relied heavily upon his observations and case studies of his patients when he formed his theory of personality development. Yet, this approach has been proven fallible, and one often-cited example is of a woman patient whom Freud claimed to have cured of hysteria but had been proven wrong. What is modern psychiatry’s take on this?

TP: The approach to theory construction based on individual cases certainly is fallible, but experimental methods well suited to other areas of science are going to have very limited application in the case of people. It’s generally acknowledged among contemporary analytic circles that Freud’s own therapeutic practice was in many respects flawed and his analyses often incomplete. Since then there have been very major developments in both therapy and theory construction. Psychoanalytic theory construction is now very closely allied to developments in neuroscience and developmental psychology, especially so-called “attachment theory.” It is remarkable how much consilience is found between these disciplines. Within psychiatry, the attitude to psychoanalysis seems to be fairly cool, but often it doesn’t know its own history.

SC: Freud was once a proponent (and user) of cocaine, which he considered to be beneficial for a variety of conditions, including for depression and pain relief. Later, as medical evidence of addiction started to come out, he regretted his support for the drug. Did Freud refute any other of his own theories?

TP: He didn’t exactly refute his view about cocaine, but he did realize (as many others did at the time) its addictive potential. Cocaine and its derivatives are still widely used in medicine for analgesia and other things.

SC: Some people find Freud’s psychosexual development theory intriguing but difficult to verify in real life because, although the entire theory focuses on early childhood experience, it is not based on studies of children, but memories and dreams of Freud’s adult patients. Has there been any closure on this issue, and what is your view?

TP: Since the 1920s, psychoanalysts and others have been conducting direct observations on children in various settings. Direct observation has borne out much, though not all of the contentions of the early generation of analysts. (It’s worth bearing in mind that the classical, i.e., early psychoanalysis was not the product of one man alone.) And the significance of some of those contentions is now often seen in a different light. For example, while few would dispute the occurrence of the classical Oedipal constellations, these would generally be considered as less important in most pathology than the nature of the pre-oedipal tie to the mother. And so on. Today, as I mentioned earlier, there is a remarkable coming together of neuroscience, attachment theory (the dominant developmental theory in academic psychology), and psychoanalysis.

SC: In his lifetime Freud had many supporters, but already at that time quite a few psychiatrists, including his own disciple, Carl Jung, distanced themselves from Freud. What were some of the arguments raised by these people?

TP: Almost every element of Freud’s views were contested during his lifetime. Freud revised his views continuously. The history of the development of his views from, say, 1895 to 1939 is a history of continuous revision, rejection, or augmentation in the light of fresh evidence and considerations.

SC: Do we know how Freud reacted to the criticism?

TP: Freud didn’t like criticism; though it must be said that he endured heaps of it rather stoically and unswervingly.

SC: Freud is respected by many, but skeptics say that the entire structure of modern psychoanalysis is little more than a house of cards. Which of his theories are the ones that are most hotly debated/criticized, and have any been definitely debunked?

TP: This depends on where you stand. For most neurotic and psychotic disorders, Freud tried to provide psychological analyses, i.e., in terms of more or less distorted desires, beliefs, and fantasies. He tried to provide motivational structures for understanding them and thought of therapy as an attempt to unravel those (usually unconscious) structures. The dominant psychiatry today looks mostly at disorders of brain functioning and hence to chemical interventions. Now, this raises the very difficult questions about mind-body relationships, which are certainly still unresolved. Contemporary neuro-psychoanalysts like Mark Solms and Allan Schore do not see serious incompatibility or unbridgeable gaps between psychoanalysis and recent neuroscience, and I think they’re right.

It must be said that the “house of cards” people usually don’t have much familiarity with what they’re talking about and have no conception of the way psychoanalysis has developed. It has developed not so much by ‘debunking’ older views but by learning from where they went wrong and re-assessing their significance in the scheme of things.

SC: Which of Freud’s theories and methods are undisputed and still widely practiced?

SC: What, in your view, is Freud’s biggest (and undisputed) contribution to modern psychiatry?

TP: Re-introducing the psychological understanding of mental illness in the context of a very sophisticated theory of mind he had constructed out of the best materials available to him at the time; and along with this, a fruitful and effective psychotherapeutic procedure.

More generally, Freud drew attention to the overriding importance of infancy and childhood in human life and the ongoing significance of the child’s relationships to his or her earliest love objects. This has had revolutionary cultural ramifications.

SC: On the whole, does the modern mainstream psychiatric community still rely heavily on Freud’s theories? Are they taught in medical schools as mere theories or as viable techniques that are practiced by mental health professionals?

TP: Yes, those who, at least to some degree, are psychotherapeutically minded do rely on what were essentially psychoanalytic insights, even when they don’t know it. The major contemporary account of personality development, which informs an increasing amount of psychiatric/psychological understanding (at least of the neurotic and borderline spectrum), such as attachment theory, grew out of the work of the psychoanalyst John Bowlby. Unfortunately, attachment theorists and psychologists/psychiatrists often don’t realize the extent to which Bowlby’s work owes to earlier psychoanalysts and to the analytic ethos. Those psychiatrists who are more or less “biologically minded” and rely largely on medications and other physical interventions—who are probably in the majority today—owe little to psychoanalysis. Most of them, if they engage with patients at all, would have to have some understanding of the psychodynamics pioneered by Freud.”

Medical schools never did teach psychoanalysis as a technique. That was always done by psychoanalytic institutes. As a theory it is still taught in many places and psychoanalysts, especially in the U.S., still hold many prestigious professorships, though it is true that its influence is waning in the universities. This is not surprising for various reasons, one of the main ones being the focus on the neurobiological exploration of the brain, which the new imaging techniques have made available.

SC: What are some of the lesser-known but intriguing facts about Freud the man?

TP: He was a very smart, more or less normal chap. Someone who knew him once told me something I haven’t read much about: that he was “a great one for friendship.”

SC: In what way does your own work relate to Freud?

TP: I’ve worked mostly in the philosophy of mind, and I regard Freud as one of the most important contributors to that field. Passing over Freud in psychology would be akin to passing over Newton in physics, albeit of course the views of both are now seen as more or less flawed and limited in various ways.

SC: Freud’s theories are quite complex for a layperson to understand fully, and some people may get discouraged by all the complicated jargon. Is there a way to “demystify” Freud and make his teachings easier for an average high school/college student to grasp?

TP: I don’t think the views are all that mysterious, though they are often difficult, and psychoanalysis does have to be studied systematically and historically. That is because it was constantly modified and augmented, both in Freud’s lifetime and subsequently. There are some fairly good books out now that take the reader through the theory and its developments. Freud’s views often strike adolescents (and of course others) as repugnant and outlandish. The best way to try and remedy that is to explain the historical context of the views, the clinical material on which they’re founded, and the contemporary “placing” or assessment of them.