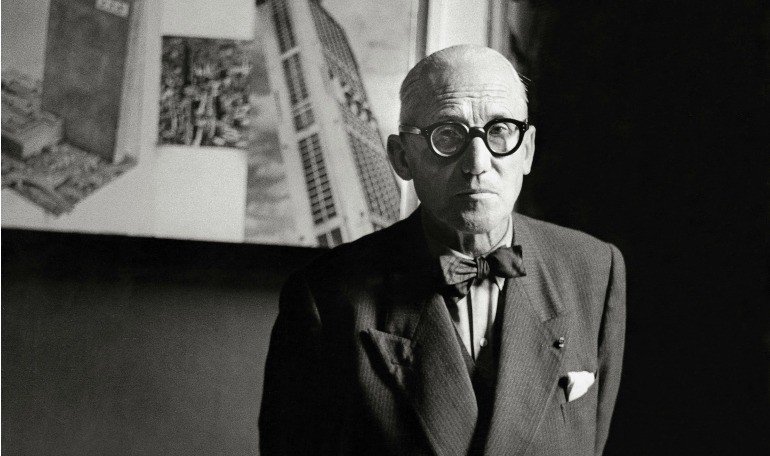 Then and Now: Le Corbusier’s Designs Have Shaped the Future

At the dawn of the 20th century, Swiss architect Le Corbusier (1887–1965) was a true pioneer, whose no-frills, linear buildings stood in stark contrast to the elaborate Art Nouveau style that was in vogue at the time.

Like many visionaries before and after him, Le Corbusier (real name: Charles-Edouard Jeanneret-Gris) saw the new century as an age of change and progress—not just in architecture, but also in urban living. His designs reflected his vision of the brave new world, or, at least, his concept of how people in big cities should be living—in buildings that blended bold geometric forms with texture of the concrete. He imagined sleek houses full of space, light, and order—a rather unconventional idea in an era when ornamental facades and ornate interiors were the norm.

Among his modernistic (and, for that time, futuristic) ideas for urban renewal was his “Contemporary City,” conceived in the mid-1920s, followed by the  “Radiant City” a decade later. These unrealized projects featured glass-and-steel skyscrapers for the former, and a series of modern high-rise buildings, each surrounded by green spaces, for the latter. Today, such designs are the mainstay of large cities, but in the 1920 and 30s, these ideas were radical. In fact, throughout his life, Le Corbusier was a controversial figure, and much of the criticism directed at him was fueled by both his unconventional work and difficult personality.

However, even his critics can’t deny that Le Corbusier was, and remains to this day, one of the most influential modernists, whose innovative ideas lay the foundation for 20th-century architecture. Among his most notable designs are the Palace for the League of Nations in Geneva; Villa Savoye in Poissy, France; Swiss Building at Cité Universitaire in Paris; and—his only building in the United States—the Carpenter Center for the Visual Arts at Harvard University, in Cambridge, MA.

Because of his lasting influence on the field of architecture, design, and urbanism, New York’s Museum of Modern Art (MoMA) is holding its first major exhibition dedicated to Le Corbusier’s work. The exhibit, on until September 23, 2013, includes “the photographs of his formative journeys to the models of his large-scale projects,” the museum’s website says. No doubt, this rare exhibit is worth visiting—if only to see how the avant-garde designs of yesterday still blend seamlessly into today’s landscape.