Why Darwin Matters: The Case Against Intelligent Design 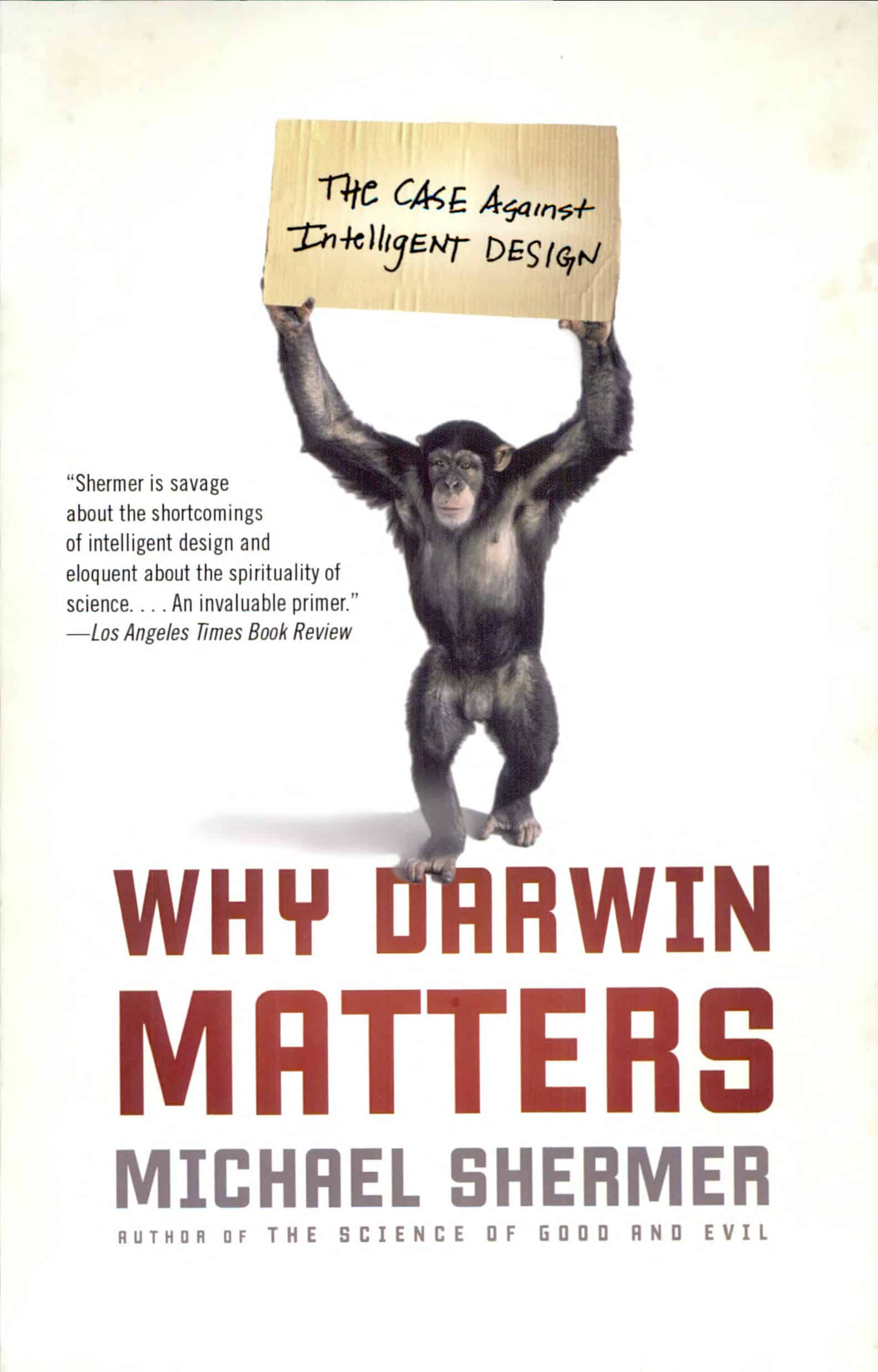 Why Darwin Matters: The Case Against Intelligent Design

Many of the ideas brilliantly and compellingly explored in Why Darwin Matters made a showing in certain chapters of three of Michael Shermer’s earlier books: Why People Believe Weird Things: Pseudoscience, Superstition, and Other Confusions of Our Time (1997), How We Believe: The Search for God in an Age of Science (2000), and The Science of Good and Evil: Why People Cheat, Gossip, Care, Share, and Follow the Golden Rule (2004). This is not to say that much of Why Darwin Matters isn’t new. As the subtitle indicates, Shermer boldly takes on creationists and Intelligent Design advocates, something that scientists, as a rule, tend to avoid. The Founding Publisher of Skeptic magazine, the Executive Director of the Skeptics Society, and columnist for Scientific American, Shermer convincingly shows us why the claims of Intelligent Design advocates are not science, even though they attempt to hide the fact that what they are promoting religion plain and simple.

There are considerable misconceptions about science and evolution that masquerade as foregone conclusions, for example, the erroneous idea that evolution is a theory and not a fact. No lesser a person than the late President Reagan had asserted that naivety. The fact is that science doesn’t use the theory in the sense of mere idle speculation. The word goes back to a Greek origin, and its etymological meaning has to do with observing or seeing (the word is actually related to theater, which is also tied to the idea of spectacle or sight). The second erroneous idea Shermer attacks is the frequently claimed notion that science is itself a kind of secular humanist religion. Science is the opposite of religion; it is never tied down (to tie down, or bind is the etymology of religion); it is free to explore hypotheses but always under the rubric of the natural, never invoking the idea of the supernatural.

Shermer systematically shows that the many reasons people cite for rejection of evolution are all faulty. For one thing, evolution is not something we “believe in,” it is something we accept. Just as we don’t say that “we believe in gravity,” we don’t say that “we believe in evolution.” The other false reasons involve a general mistrust of science, the idea that evolution threatens religious dogmas, the fear that evolution dethrones humanity (that human beings are just animals like all the other animals in the world), and the erroneous belief that evolution brings on the destruction of morals and ethics.

Not only are all these ideas shown to be unwarranted, but Shermer also goes on to debunk the arguments used by creationists and the advocates of Intelligent Design. He gives these arguments a fair shake, but he relentlessly goes after them with empirical evidence for the truth of evolution. The supporters of Intelligent Design like to bring up the human eye as an example of irreducible complexity. They claim that if one thing were missing from its complex structure, blindness would result. This is not true. There are diseases or injuries that impair vision but do not cause blindness. Furthermore, evolution can actually explain the natural way in which the seeing eye evolved from light-sensitive cells.

Creationists and advocates of Intelligent Design also claim that since evolution is random, it cannot be true and cannot produce complex designs. Shermer explores the example of the proverbial monkey typing out the phrase “To be or not to be” by randomly hitting the keys of a keyboard. Shermer admits that this would take an eternity,- if it could be accomplished at all – but he mentions a friend who, using a computer, eliminated the wrong letters and kept the right ones in perfect imitation of how natural selection works. With this method, it took him 335.2 trials to get the sequence TOBEORNOTTOBE, and the whole process only took about a minute and a half.

There are two main arguments in Why Darwin Matters that must be brought up. The first is the way in which evolution can convincingly explain the development of morals and ethics. Moral values evolved simply because they contribute to the survival of the family and the community. Human beings are, in fact, not the only social primates, though our tendency to cooperate is greater and more complex than that of apes, for example. Shermer claims that evolution allowed the development of values that religion subsequently codified and claimed as its own “creation.”

Shermer’s trump card is the convincing assertion that “the grandeur of life’s complexity elicits awe.” He adds that Christians “should embrace modern science for what it has done to reveal the magnificence of divinity in a depth and details unmatched by ancient texts.” Finally:

“In contrast, Intelligent Design creationism reduces God to an artificer, a mere watchmaker piecing together life out of available parts in a cosmic warehouse. If God is a being in space and time, it means that he is restrained by the laws of nature and the contingencies of chance, just like all other beings of this world. An omniscient and omnipotent God must be above such constraints, not subject to nature and chance.”

In the final analysis, science is deeply spiritual. Darwin matters because evolution matters and evolution matters because science matters. And science matters because “it is the preeminent story of our age, and epic saga about who we are, where we came from, and where we are going.” All thinking people on either side of the divide should read this book with an open and flexible mind. Evolution does not destroy human dignity, and it gives us a cosmos much more awe-inspiring than any of the primitive creation myths of old.