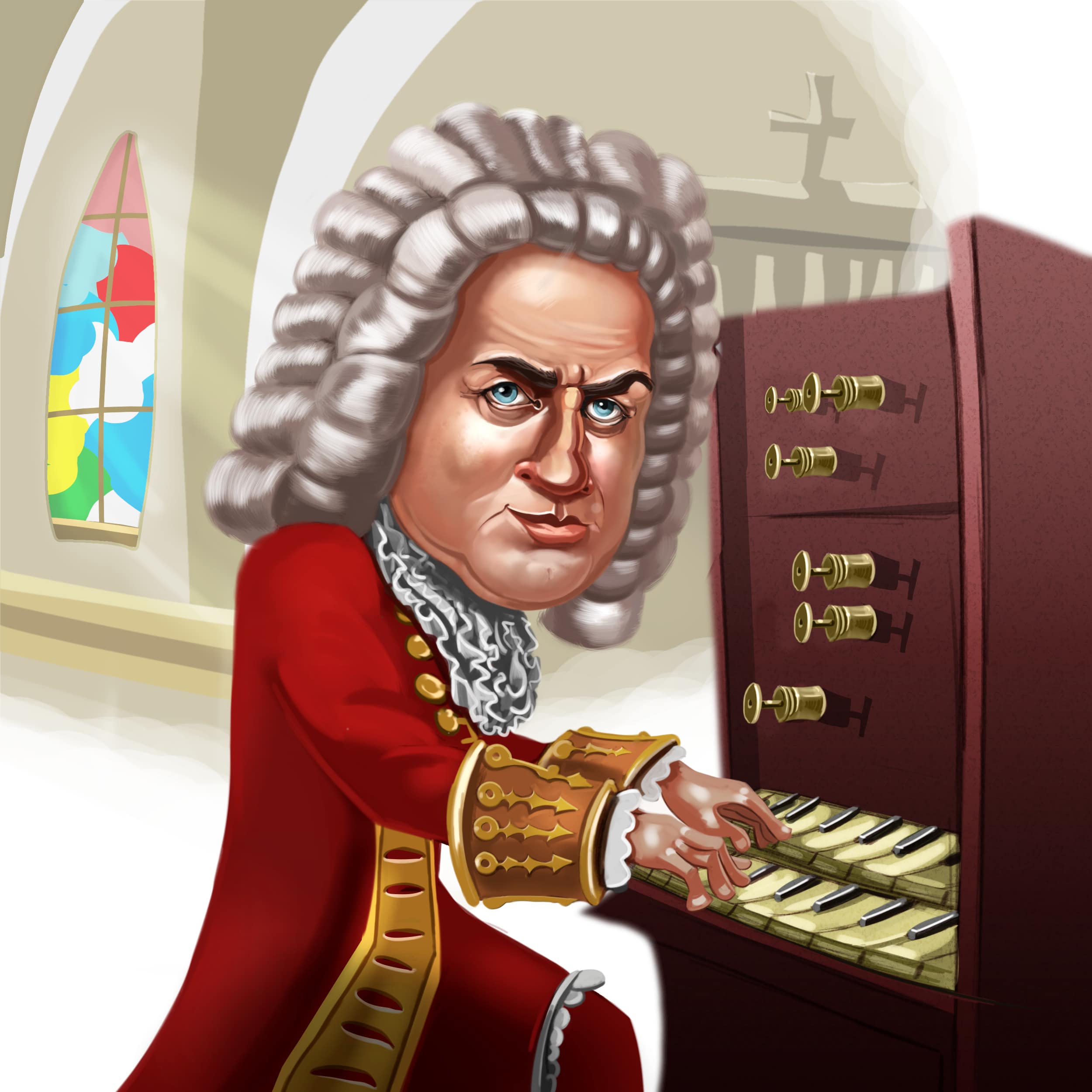 1. At the age of eight, Johann Sebastian Bach attended the same Latin Grammar School as the Christian theologian and reformer Martin Luther, who taught reading, writing, and Latin grammar there. While, at school, the choir of St. Georgenkirche was formed, and Bach was given an opportunity to sing during regular services; he was described as having an uncommonly fine treble voice.

2. Bach lost a sister and a brother at an early age. When he was nine, his mother died, and his father passed away only months later. Following these tragic events, Bach was taken in by his eldest brother, Johann Christoph. The two became estranged, however, when the elder brother discovered that Johann Sebastian had copied a forbidden musical manuscript by moonlight over a period of six months. After their rift, Bach’s soprano voice landed him a spot at Michaelis monastery choir at Luneburg, which was known to provide a free place for musically talented boys who were financially unstable.

3. During his time as a student, Bach had an altercation with a bassoonist named Geyersbach, who had questioned Bach’s musical talent and threatened him with a stick. In retaliation, Bach pulled a sword on Geyersbach and called him a “nanny-goat bassoonist.” Geyersbach responded by calling Bach a “dirty dog.” Although Bach drew his sword, the confrontation did not escalate as other students broke up the fight.

4. Bach fathered 20 children, but only nine survived. Seven came from his first wife, Maria Barbara Bach, who was also his second cousin. Several offspring went on to become professional musicians and composers. The most notable of these were Carl Phillip Emanuel Bach and Johann Christian Bach.

5. Believing in the mystical power of numbers, Bach often used 14 and 41 in his works because he believed these two numbers were associated with the numerical values of the letters in his name.

Embed from Getty Images
6. Bach was very competitive by nature. In 1717, he challenged harpsichordist Louis Marchand to a keyboard duel. But fearing a potentially embarrassing defeat, Marchand backed out on the day of the duel.

7. Bach was arrested and thrown in jail by the Duke of Weimar when he learned that Bach had accepted a post of a Kapellmeister (head of orchestra) and had requested to be released from Weimar’s employ. During his time in jail, he put together a cycle of organ chorale preludes for the whole year. After a month of imprisonment, Bach was released and given permission to resign.

8. Despite their 16-year age difference, Bach married singer Anna Magdalena, whose soothing soprano voice caught his attention. Magdalena was very nice to Bach’s children. She was also a good housekeeper, shared his passion for music, and helped him by neatly copying his manuscripts.

9. Bach spent the last  27 years of his life in Leipzig, where he worked as a director of music and choir, organizing the music in the city’s four churches. Out of the 54 scholars given to Bach, he deemed 17 as competent, 20 not yet fully competent, and 17 as incapable.

10. Bach spent the last months of his life in a darkened room critiquing his great chorale fantasias with his pupil and son-in-law Johann Christoph Altnikol by his side. Bach eventually died on July 28, 1750, following a stroke and severe fever.