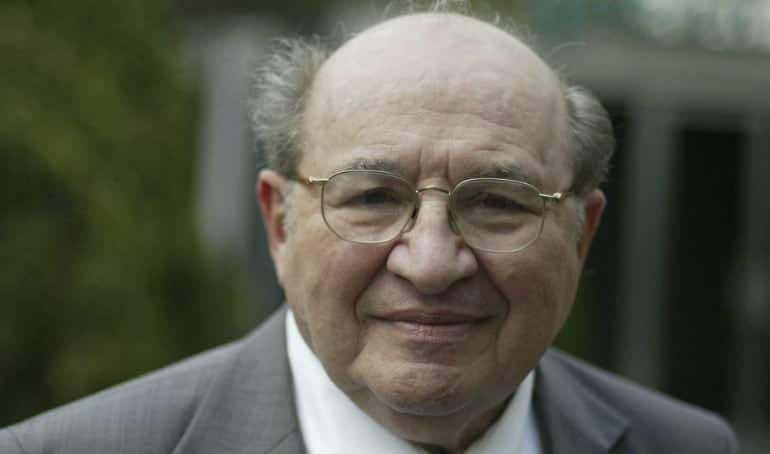 Testing Freud: Adolf Grünbaum On The Scientific Standing Of Psychoanalysis

Although some of his theories are still hotly debated, Sigmund Freud, (1856–1939) is widely regarded as a trailblazer in the realm of psychiatry and psychology. The Austrian psychiatrist and neurologist, who was allegedly the first to offer a comprehensive explanation of how human behavior is determined by the conscious and unconscious forces, is regarded as the founder of psychoanalysis.

Simply Charly: Your book The Foundations of Psychoanalysis: A Philosophical Critique has been at the center of much debate over the philosophical standing of psychoanalysis since its publication in 1984. Can you briefly explain its main bone of contention?

Adolf Grünbaum: Freud and his followers rely primarily on the productions of patients in analytic treatment as evidence for their theoretical edifice. And psychoanalytic theory is replete with causal hypotheses purporting to explain normal and abnormal human conduct. But their clinical evidence does not provide cogent observational support for these core hypotheses, thus leaving their support remarkably weak. This is the skeptical upshot of my Foundations book.

SC: You attack Freud on many fronts in your book, but you aren’t willing to discard Freud’s theories into the dustbin of history as a pseudo-science, as others have. Why the ambivalence?

AG: The demarcation between science and pseudo-science is notoriously vague and fuzzy. Thus, in the essay “The Demise of the Demarcation Problem,” Larry Laudan wrote: “From Plato to Popper, philosophers have sought to identify those epistemic features which mark off science from other sorts of belief and activity. Nonetheless, it seems pretty clear that philosophy has largely failed to deliver the relevant goods” (p. 111 in R.S. Cohen & L. Laudan (eds.) Physics, Philosophy, and Psychoanalysis: Essays in Honor of Adolf Grünbaum, vol. 76 of Boston Studies in the Philosophy of Science, D. Reidel Publishing Co., Boston, 1983).

For just such reasons, I have refrained from using the label “pseudo-science” to render my doubts concerning the Freudian corpus.

SC: You have said that you were first drawn to the work of Freud by your “systematic critical scrutiny of Karl Popper’s very influential philosophy of science…” Can you briefly tell us how one led to the other?

AG: Popper elevated the falsifiability of a hypothesis to being the necessary and sufficient condition of its scientific status. But that criterion is much too broad because it licenses ludicrous propositions like “The moon is made of green cheese” to qualify as “scientific” by being falsifiable. Moreover, Popper erroneously indicted Freudian psychoanalytic theory as unfalsifiable, although it is demonstrably falsifiable.

AG: Certainly, proponents of psychoanalysis have hoped for experimental and other extra-clinical evidence in support of their theory. But the actual findings in that area have been rather sparse.

SC: Philosopher Thomas Nagel and others have asserted that psychoanalytic claims should not be judged as scientific claims? Rather, they are extensions of our ordinary understanding of the mind, our commonsense, or folk psychology. Do you find any merit in this view?

AG: I do not think that psychoanalytic claims can be made credible, as Thomas Nagel maintains, qua “extensions” of everyday, commonsense psychology. That is shown by the fact that ordinary people often find explanations based on forbidden unconscious motivations so implausible.

SC: Philosopher Frank Cioffi has taken you to task over your criteria for assessing Freud’s theories, stating in his own interview that “the testability of a theory cannot serve as a demonstration that it is not pseudo-scientific. If it could, then sun-sign astrology which is for many the paradigm of a pseudoscience—and which Popper proffers as an example of a pseudoscience—would have to be denied that status for it certainly is open to empirical assessment and has even been declared falsified.” How do you respond to this?

AG: In dealing with my views, Cioffi erects straw men for easy demolition. Unlike Popper, I never claimed that falsifiability is sufficient for scientificity because I was all too aware that the assertion “the moon is made of green cheese,” though patently falsifiable, is not part of the body of science.

To my mind, the pertinent question is whether psychoanalytic theory is well supported by pertinent empirical evidence, NOT whether it qualifies as a “science.” Intellectual respectability is purchased, I think, by the availability of cogent supporting evidence, NOT by an (unsuccessful) attempt at demarcation.

SC: When Freud posits the notion of “The Unconscious,” what is he referring to? T.R. Miles has argued that the term “The Unconscious” doesn’t refer to anything at all. What it refers to is, in principle, unobservable. Therefore, the term should be eliminated. Do you agree?

AG: As in a venerable tradition going back to Plato’s dialogue The Meno, well narrated in Henri Ellenberger’s classic 1970 book The Discovery of the Unconscious, Freud regards unconscious mentation as a major feature of the human mind. T. R. Miles is gravely mistaken: The elementary particles of the physicist are theoretically hypothesized entities, and so are the unconscious processes of the psychologist. None are directly observable objects. And the noun “The Unconscious” is postulated to be a systemic compartment of the human mind.

SC: Philosopher Colin McGinn has argued, like Sartre before him, that Freud’s notion of repression rests on a contradiction and, therefore, is incoherent. He states: “…repression is precisely what is supposed to give rise to the unconscious. There is no Freudian unconscious without repression, but repression entails consciousness, so the concept is contradictory.” (Freud Under Analysis, The New York Review of Books, Volume 46, Number 17 – November 4, 1999). Do you agree?

AG: Those who claim a contradiction in the notion of coexisting Unconscious and Conscious Systems have not demonstrated any inconsistency. A clear explanation of that coexistence, understandable to undergraduates, is given in Raymond E. Fancher’s textbook Psychoanalytic Psychology under the rubric of “Freud’s Final Model of the Mind” (ch.7)

SC: Some critics have argued that your reading of Freud is excessively narrow in that you overestimate Freud’s reliance on cures to guarantee his ideas when he derived much from nonclinical phenomena such as dreams, slips, jokes, fairy tales, and works of art. Freud’s faith in his ideas, they argue, never wavered even when cures failed to materialize. What is your response?

AG: These critics oddly overlook that, in my books on psychoanalysis, major attention is devoted to Freud’s dream theory, to his ideas on the causation of mental disorders, and to his theory of psychosexual development as well as to his psychology of religion. My treatment of psychoanalysis reflects my awareness of Freud’s 1927 dictum “I only want to feel assured that the therapy will not destroy the science.”