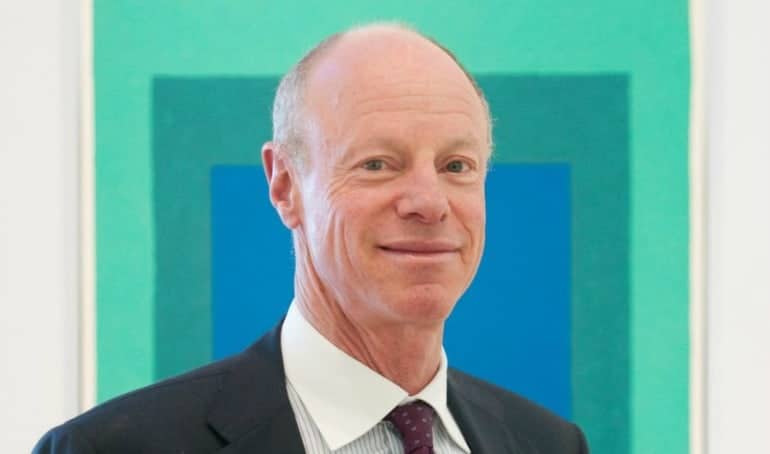 A Life by Design: Nicholas Fox Weber on Le Corbusier

Arguably the most influential architect, designer and urban planner of the 20th century, Swiss-born Le Corbusier (Charles-Edouard Jeanneret, 1887-1965), played a decisive role in the development of modern architecture representative of the industrial age.

Nicholas Fox Weber was born in Hartford, Connecticut and graduated from Columbia College and Yale University. He is the director of the Josef and Anni Albers Foundation and the author of thirteen previous books, among them The Clarks of Cooperstown, Balthus, Patron Saints, The Art of Babar and most recently Le Corbusier: A Life. He and his wife, the novelist Katharine Weber, live in Bethany, Connecticut, and Paris. They have two daughters.

Simply Charly: Your publisher describes your book on Le Corbusier as the “first biography of the man.” Why do you think it has taken this long to get a “complete” story of this extraordinary architect?

Nicholas Fox Weber: It would have been impossible to get the complete biography of Le Corbusier during his lifetime; he would have tried to exercise control and spin stories in the way that suited his personal mythology. But I had never known for sure why, before me, no one had tried since his death in 1965. I have to assume it is because Corbu seemed so cold—which, in fact, he was not—and the life seemed so dry—while it was in truth anything but.

SC: Le Corbusier was chiefly known as an architect and urban planner. Yet, he was also an accomplished painter producing an impressive array of work. Why do you think this aspect of his work has been marginalized?

NFW: Some people take his painting very seriously. And it commands high prices. But I think it has been put in second place quite simply because it is not nearly as good as his architecture. His buildings are without equal and totally original. His painting conjures Leger, Picasso, and others, without being of their standard.

SC: Le Corbusier was a prolific writer with over 50 books and pamphlets to his credit. In fact, Frank Lloyd Wright once remarked about Le Corbusier, “Now that he has finished one building, he’ll go write four books about it.” Was there a unifying theme that he was aiming to get across through his many writings?

NFW: He was forever saying that he had changed the way human beings lived. He was obsessed by, and wrote time and again about, the need for the ideal human habitation to allow people to live in a community, and, at the same time, to enjoy solitude and their private lives. He also was forever writing about the need for honesty in building.

NFW: Mies moved to the United States. Corbu did not. Moreover, Corbu thought that Americans were essentially unspiritual. But, beyond that, he would have built in the US if Americans had commissioned him; they failed to do so, in spite of his best efforts.

SC: Can you briefly tell us what Le Corbusier’s five points of architecture were?

NFW: I would prefer to have readers go to the source and find this in his own language. As a biographer, whenever I can, I present my subject’s own voice.

SC: Can you describe Le Corbusier’s foray into furniture design?

NFW: This is a complex matter because one will never know how much of his designs for chairs and tables depended on Pierre Jeanneret and Charlotte Perriand. But the elan and grace of the furniture designs associated with the three of them probably come from his supreme aesthetic instincts—more than anyone else’s. The point of the furniture was, as he always wrote to his parents: enjoy life, enjoy the act of looking, allow yourself pleasure and comfort!

SC: Why were Le Corbusier’s relations with women so tense and dismissive?

NFW: I don’t agree with this description. His lovers remained devoted to him, calling him a man of heart and pleasure. He had a tense relationship with his mother, however; he could rarely please her or get the approval she gave to his brother. But while he had problems with, for example, Eileen Gray, he had a wonderful connection with another woman architect, Pauline Schulman. He could be tense and dismissive with women he didn’t like, but warm and comprehending with others.

SC: What was the most revealing aspect of Le Corbusier’s life you uncovered during your research for this book?

NFW: That he was a man of immense heart. I suppose it is also fascinating that he was obsessed with sex, which was sometimes a problematic issue for him.

SC: Le Corbusier, a fantastic swimmer all his life, drowned while swimming in the Mediterranean. Some suspected it was a suicide while others say it was caused by a heart attack. Do we know the true cause of his death?

NFW: Forgive me, but I can only say: please read the book and come to your own conclusions. Corbu’s attitudes toward death and the control of one’s own destiny are my central issues.

SC: Who among today’s architects do you feel are extending Le Corbusier’s work?

NFWA: I wish I could name one. The pretenders don’t come close.