Will in the World: How Shakespeare Became Shakepeare 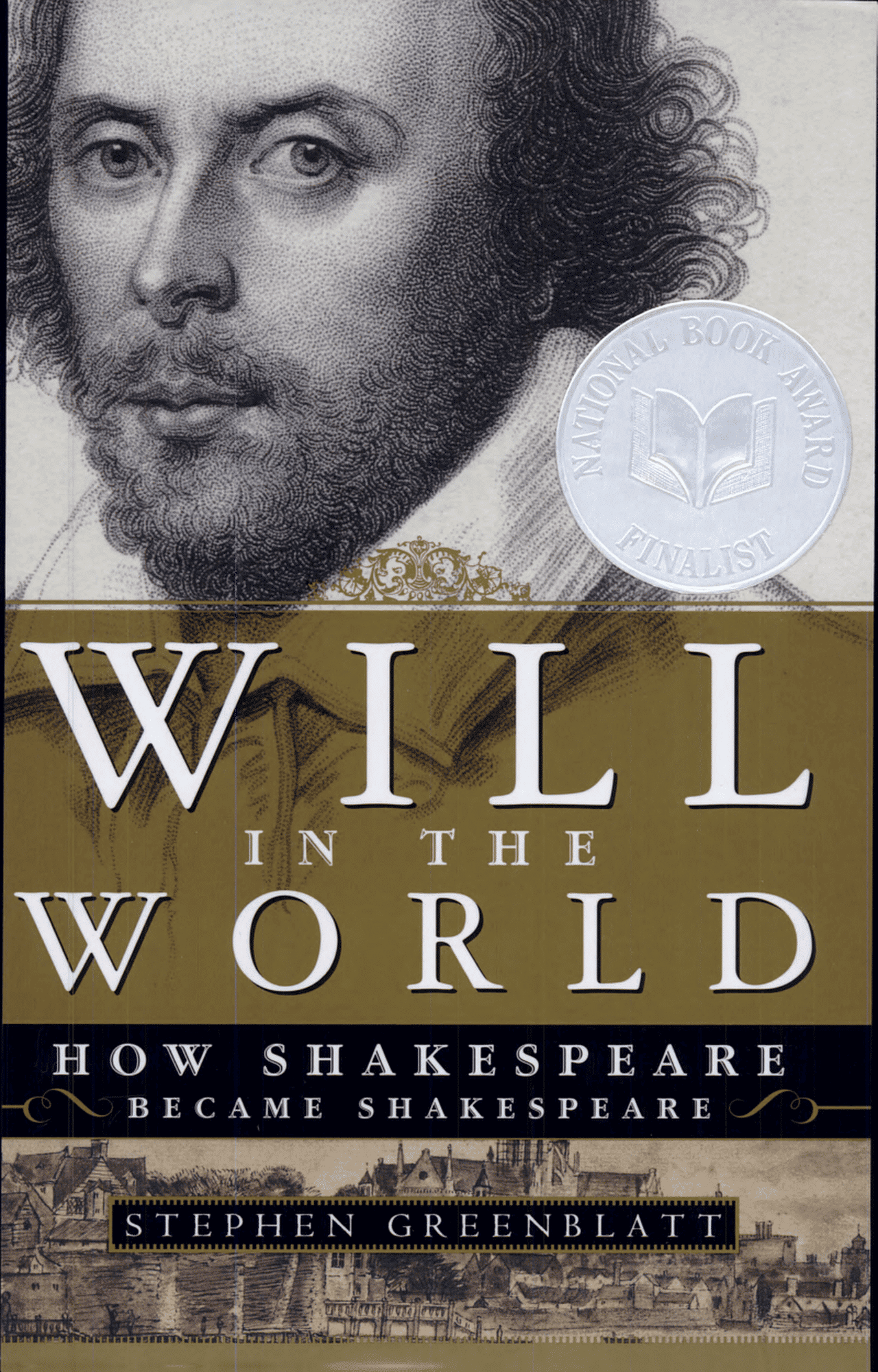 Will in the World: How Shakespeare Became Shakepeare

Stephen Greenblatt’s book Will in the World: How Shakespeare Became Shakespeare is an enlightening biographical study of not only William Shakespeare, but also of England in the late 1500s. One of the most prominent Renaissance scholars of his generation, Greenblatt is John Cogan University Professor of the Humanities at Harvard University and the author of several books about Shakespeare and his works. He is also a co-editor of The Norton Shakespeare college textbook.

Will in the World is a Pulitzer Prize finalist and a New York Times Bestseller. Greenblatt is heralded by critics as one of the world’s best interpreters of the Bard’s plays, and he is recognized as one of the most acclaimed Shakespeare scholars alive.

The author takes the reader through the playwright’s life in 16th century England, starting with his native Stratford-upon-Avon and finishing in London, where Shakespeare spent most of his time acting and writing.

Although the book is supposed to be primarily about Shakespeare’s life, it is also a historical summary of Elizabethan England as it outlines various issues and concerns of the era, such as infighting between Catholics and Protestants, the expulsion of Jews, racism, sexism, women’s place in society, the role of the monarchy, and social mores. Given the scarcity of factual information about Shakespeare, Greenblatt’s sources were limited, and a lot of the information he provides is speculative.

The book attempts to do a chronological documentation of Shakespeare’s life and his writings by first mentioning the title of his work and then events that were purported to be occurring during that time frame. In many cases, however, the timelines are not accurate or in sync with documentary evidence. For example, A Midsummer Night’s Dream is introduced early in the biography when Shakespeare was still living in Stratford, although documentary evidence suggests that it was probably written in 1595 or 1596 while Shakespeare was living in London.

Will in the World begins with the supposition of how Shakespeare may have developed his fascination with language and the magic of words. “It is a very safe assumption that it began early, perhaps from the first moment his mother whispered a nursery rhyme in his ear,” Greenblatt writes.

The writer is somewhat critical of Shakespeare when he speaks of how the playwright often borrowed heavily from other writers of his time. Of Falstaff in Henry IV, Greenblatt writes that, like many of Shakespeare’s other characters, “Falstaff is made out of multiple materials, much of it not from life but from literature.”

In writing the book, the author drew conclusions and assumptions from the omissions in Shakespeare’s plays. For instance, no work mentions Anne, his wife of 34 years, so the author deduces that he did not care for her. That assumption is bolstered by the fact that the couple lived apart, and he left her only the “second best bed” in the will while bequeathing the rest of his estate to one of his daughters.

The writer attempts to tie in homosexual tendencies based on some sonnets Shakespeare had written, even though he was married and the father of three children, with one reportedly conceived out of wedlock.

The book reveals that the entire Jewish community was expelled from England in 1290 during the reign of Edward I. “There was no precipitating crisis, as far is known, no state of emergency, not even any public explanation.” Still, the exiled population provided fodder for Shakespeare, who wrote in Much Ado About Nothing, “If I do not love her, I am a Jew.” Greenblatt explains that Shakespeare’s generation equated being Jewish with being unnatural and coldhearted.

The writer describes how Shakespeare made history by being able to write plays that were “beyond perfect” in three different genres: comedy, history, and tragedy. Shakespeare’s most famous tragedies are Macbeth, Romeo and Juliet, and Hamlet. His beyond-perfect comedies were A Midsummer Night’s Dream and Much Ado About Nothing while his most popular history plays included Henry IV and Richard II.

Greenblatt closes the character sketch of Shakespeare by reflecting on his ordinariness. While many writers of his time had extraordinary characteristics and habits that made them appear eccentric and wild, Shakespeare was quite ordinary in comparison, a quality that made him unique. His plays are not necessarily ordinary as they are filled with death, love, wives, tragedy, and humor, but he also believes in Kings and authority, although Greenblatt states, “he does not believe too much in those things.”

While a Shakespeare biography can never be totally accurate with so many gaps that must be filled, Will in the World provides insightful information on the playwright, his work, and the Elizabethan era. This story, while not perfect, is nevertheless an essential and important documentary piece in helping explain the brilliance of Shakespeare.