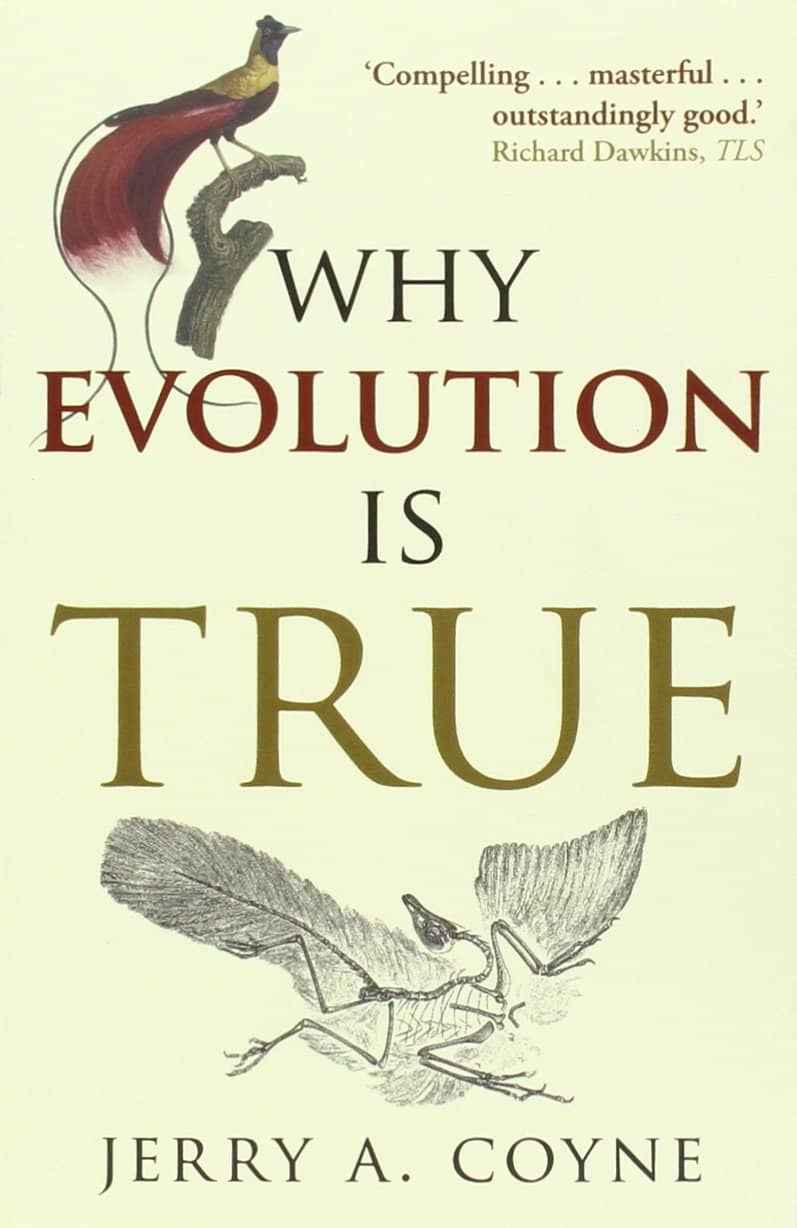 The theory of evolution by natural selection, first described in 1859 by Charles Darwin, has often been described as the greatest idea ever conceived, besides being the predominant theory that binds together all of modern biology—something that in Darwin’s day was little more than “natural philosophy,” where practices like extensive collecting of animal specimens and prehistoric fossils often overlapped. Despite numerous opportunities to be proven wrong, the case for evolution has gotten stronger with the evidence—genetics, the fossil record, DNA sequencing. That doesn’t mean it’s without its detractors, however.

From the time Darwin published The Origin of Species, people have been critical of a theory that suggests their common ancestry with primates—or fish, for that matter, if you travel much further back. For many people, particularly in the United States, it seems more obvious (and more comforting) to imagine that everything around us was thoughtfully designed—making evolution a divisive political issue, despite its scientific validity. Nearly one-third of Americans doubt evolution, a statistic that is rather worrying to evolutionary biologist and prolific author Jerry Coyne, who undertook the idea to write Why Evolution is True to dispel “common misunderstandings and fears about evolution.”

Even people who accept evolution or “think it’s a good theory” might not fully understand it, not realizing its implications, or that it’s not so much just some story of what happened, as it is a perpetual process—something we all too often impart without even realizing, and that’s the audience Coyne has in mind when he writes, brimming with such clarity on a rather complex subject, that fellow biologist Richard Dawkins declared, “Anyone who doubts evolution is either stupid, insane, ignorant … or hasn’t read Jerry Coyne.”

At the time of its writing, America had just recovered from Dover v. Kitzmiller, yet another well-publicized legal battle over the teaching of evolution in school, in this case, supplementing it with the “alternative theory” of Intelligent Design—which is sharply rebuked by Coyne at the end of the book. We tend to be overly worried about children becoming indoctrinated by creationism, but all too often, it’s the adults who are more at risk, many of whom become creationists after finding religion at a later age or were poorly taught the concept in school, to begin with, having a confirmation bias to filter out the evidence.

The evidence is overwhelming—in biological processes, in genes, in geographic borders, in the fossil records, and in the numerous defects our species suffers from—the result of what Coyne refers to as ‘poor design.’ The book is a simple breakdown of each layer of evidence, including some of the latest and more intriguing finds, such as the prehistoric fish Tiktaalik, the first creature to have wrists, first described by Coyne’s colleague, paleontologist and fellow science writer Neil Shubin. They’re a transitional form between fish and modern amphibians—just one of many examples to debunk the popular creationist claim that there are no such things as transitional forms.

He explores embryology—something that Darwin himself used as evidence to support his theory, and the numerous examples of vestigial organs—instances of snakes having legs as embryos, or whales using baleen that actually have teeth—revealing their distant land-living ancestors. Often, the case is made that vestigial organs probably do have a purpose—we just don’t know it yet. While that is sometimes true, the important thing is that the organ serves a function other than its original purpose.

He supplements the evidence with anecdotes of his career, from his days in grad school studying sexual selection in lizards—a pretty memorable example, as the male collared lizards with flashy colors, tend to attract more mates and pass on their genes to the next generation than those with more subtle coloration—demonstrating that “survival of the fittest” largely refers to reproduction—it’s not always the best who survive, but the ones best at leaving offspring behind. Aside from attracting mates, the bright colors have some major drawbacks, like also making you stand out to hungry birds of prey. All too often, we’re taught to believe that evolution always brings about better and more complex things, which is not always true—nor are the processes really as random as you may have thought.

Coyne’s book is easily one of the most important contributions and at the same time accessible books on biology on the market today—for evolution deniers and for those that may have just heard about it in school or read about it in a magazine, and for that matter, anyone who wishes to be scientifically literate.