The Quantum Universe: And Why Anything That Can Happen, Does 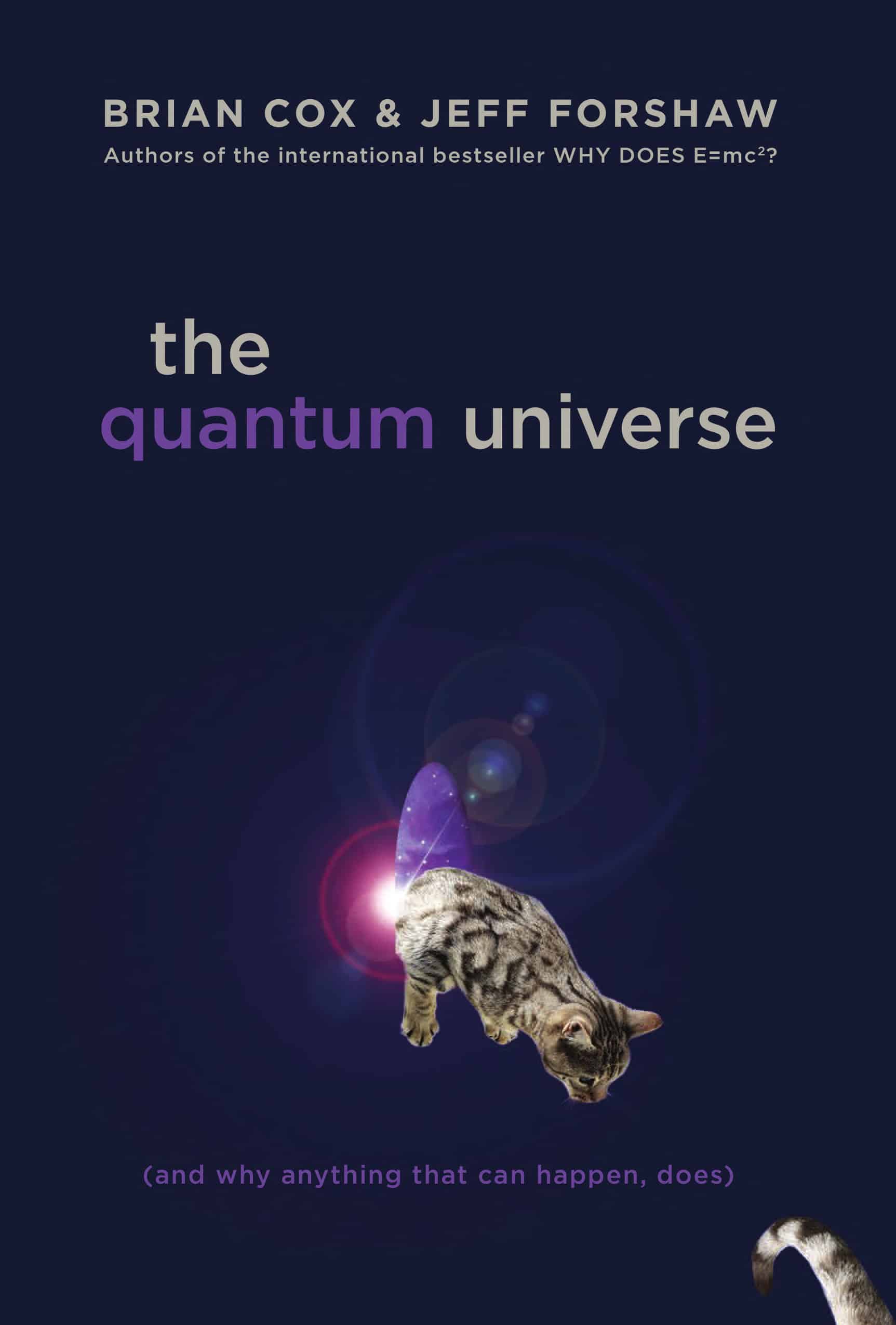 The Quantum Universe: And Why Anything That Can Happen, Does

What a gloriously readable book about a question that most of us can barely understand but often attempt to answer: where did the universe come from?

In their fascinating book, two enthusiastic and creative physicists—Brian Cox, Professor of Particle Physics, and Jeff Forshaw, Professor of Theoretical Physics, both of the University of Manchester, England—explain how the smallest part of our universe, the quantum world, creates, rearranges, converts, transforms and, ultimately, crushes the larger, visible world. None of the quantum world—quarks, photons, electrons, neutrons, protons, dark matter, bosons, fermions, neutrinos, and others–has ever been seen; it has only been detected and theorized about, yet these minuscule entities have created the infinity of worlds and space.

What is an atom? What is space? What keeps electrons spinning in their orbits around the nucleus of every atom in existence? If most of space inside atoms is empty, what keeps us from falling through the floor? Where does mass come from?

Like magicians taking us behind (or inside) the scenes to show us how some of the most stunning accomplishments of nature have been achieved, these physicists (who also co-authored another book, Why Does E=mc2?) explain how the forces of nature push, pull and transform the elements of matter and spaces. While it can be fun to learn how these feats of “creational magic” are performed, it can also be exhaustively complicated because, in the quantum world, everything must be accounted for and nothing can be taken for granted.

Certainly, these are no small or easy topics, but Cox and Forshaw make a valiant and convincing attempt to do so. Their explanations are thorough and carefully structured so that the advanced student can understand their concepts; yet, they are so basic and conversational that any curious reader will also follow along. The authors have accommodated this dichotomy by often telling the reader to skip past certain parts of the book if they are not familiar with “the maths” involved in their explanations, and to read about the more basic conclusions that have been reached.

“The maths,” and many other uniquely British words and phrases used throughout this book expose the somewhat humorous distinctions between the British and American vocabulary. However, there are no linguistic misinterpretations here, only the occasional smirk or feeling of being an outsider in this purposeful and compelling book that unravels the mysteries of The Quantum Universe.

For instance, the authors emphasize the importance of understanding the extensive and active parts of the universe which we often refer to as “empty space:”

“We need to be very clear about one thing in particular: quantum physics implies that there is no such thing as empty space. In fact, what we call ‘empty space’ is really a seething maelstrom of subatomic particles and there is no way to sweep them away and clean it up. Once we realize that, it becomes much less of an intellectual challenge to accept that empty space might be full of Higgs particles.” (pp. 208-209)

In another fascinating conclusion, Cox and Forshaw explain their celestial version of the “Murphy’s Law,” as summed up in the book’s subtitle: “Everything That Can Happen Does Happen.” This occurs, they say, because every action and every possible location of a particle has the potential to be selected. To illustrate this point, the authors conjecture about a grain of sand:

“The theory of quantum mechanics we’ve developed suggests that if we place the grain down somewhere then at a later time it could be anywhere in the universe….  The upshot is that the sand grain stays where it is and there is almost no probability that it will jump a discernible distance, even though we really have to consider the possibility that it secretly hopped everywhere in the Universe in order to reach that conclusion.”  (pp. 67-68)

This means that the actions, and interactions, of particles in the universe—while not always moving in predictable or predetermined ways—at least have the potential to move in almost any direction conceivable and to do it instantaneously. As the authors explain:

“Actually, the idea that a particle can be here and, an instant later, somewhere else very far away is not in itself in contradiction with Einstein’s theories, because the real statement is that information cannot travel faster than the speed of light… [and] because we cannot know where the particle will leap to beforehand,” this does not violate Einstein’s theories.”  (p. 47)

The Quantum Universe is also infused with an abundance of anecdotal stories about many of the remarkable physicists who have contributed to our understanding of the world and universe—Albert Einstein, Richard Feynman, Wolfgang Pauli, Werner Heisenberg, Paul Dirac, William Shockley, Peter Higgs, and even Subrahmanyan Chandrasekhar, the Indian mathematician whose astounding calculations in 1930 determined the largest possible mass of a star before it would begin to die.

Cox and Forshaw are meticulous in systematically enumerating the progress made in physics since Sir Isaac Newton began his explanations of gravity, all the way to the modern-day discoveries of the LHC (Large Hadron Collider), String Theory, and QFT (Quantum Field Theory).

This comprehensive and accessible book will entice science-curious readers—even those without a strong background in math or physics—to explore and better understand the quantum world.