Serving the Reich: The Struggle for the Soul of Physics Under Hitler 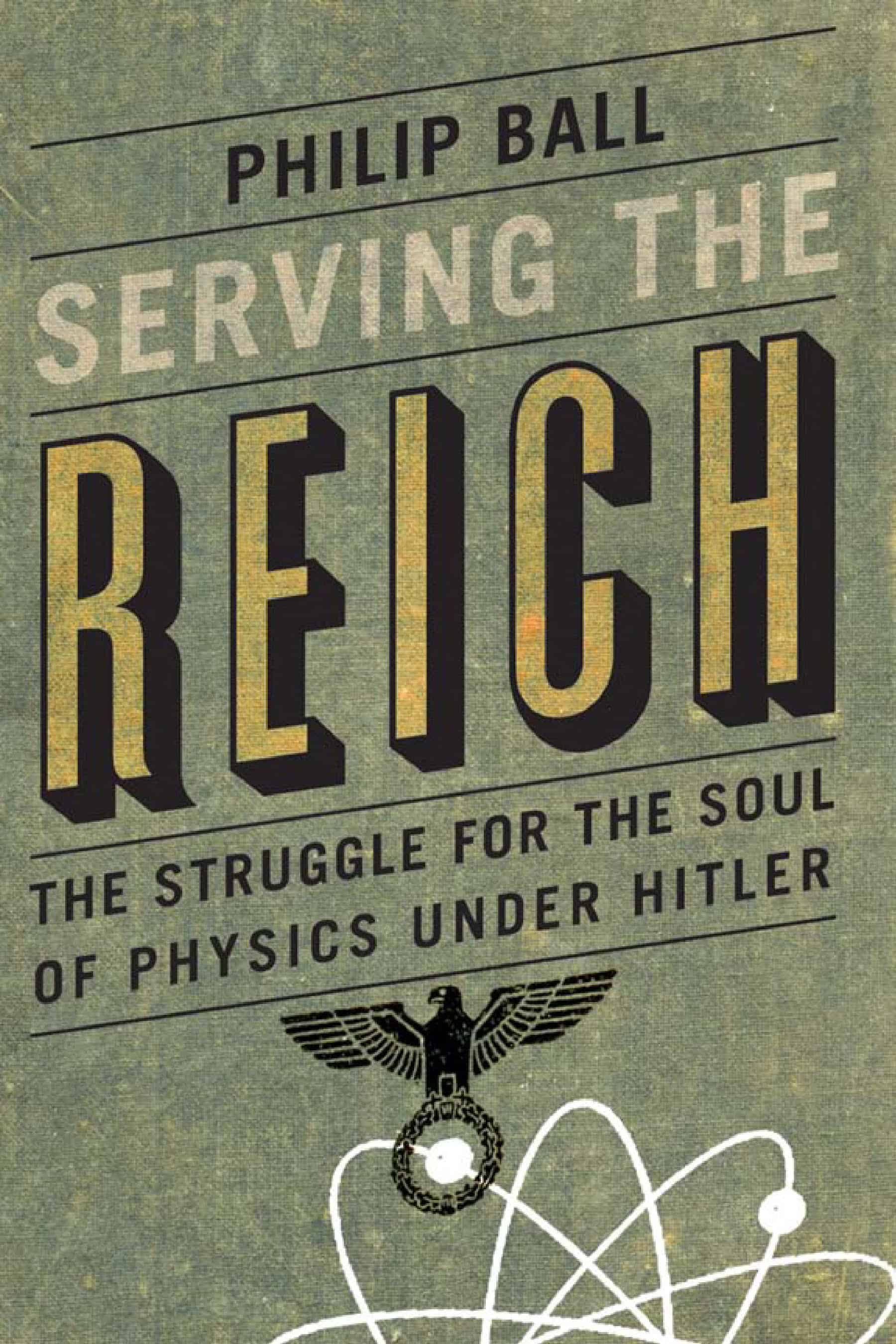 Serving the Reich: The Struggle for the Soul of Physics Under Hitler

The essence of Philip Ball’s book, Serving the Reich: The Struggle for the Soul of Physics Under Hitler, is a cautionary tale of how even the best and brightest among us are just as prone to weakness. He sets the stage early on explaining the situation in Germany between the world wars. The scientific community, like the general population, wanted to see a stronger nation than the one the unpopular Weimar government had been able to deliver. This, of course, set the stage for the rise of National Socialism and ultimately Adolf Hitler. Ball, a British science writer and former editor for Nature, explains some of the support for Hitler in German culture itself; the ethic that told them to be loyal to their government. The idea that support for Germany, that patriotism meant support for Nazism and Hitler, is hard to swallow. However, evidence suggests that some esteemed scientists such as Werner Heisenberg did just that.

That the German program to build nuclear bombs never got off the ground is not to say they didn’t intend to build them. After the war, many of the scientists argued they in fact passively resisted the regime, making sure their efforts would fail. But Ball concludes these are mostly less than truthful accounts. “The sense of helpless fatalism among the academic scientists seems not so much misjudged as calculatedly self-serving” (p. 59). Before the war, many of the scientists who stayed in Germany regarded those who had left, such as Einstein, had betrayed their own country. This attitude is doubly hard to reconcile given that these same scientists did not resist the treatment of German-Jews under the Nazis.

Failing to resist is one thing, but actively supporting, carrying the intellectual water for the Nazis, is a very different thing. Ball recounts how two German physicists named Johannes Stark and Philipp Lenard actually developed a thesis about how Jews had contaminated science. This is but one example of crackpot science in the service of political ends. However, Ball points out that in the final analysis “Physics under the Nazis was never really hijacked by ideology, for the political leaders were primarily interested in practical outcomes and not academic disputes” (p. 104). So physics as a discipline, unlike the softer sciences like anthropology, was left relatively untainted. However, its ranks were systematically “cleansed” of Jewish influence.

According to Ball, one of the best examples of a German scientist who did actively resist the Nazis was Paul Rosbaud. He stayed in Germany at great personal risk to himself passing information to the allies. He became a spy for Britain’s MI6 with the code name “Griffin.” He passed along information regarding scientific programs like Germany’s efforts to produce large amounts of heavy water for its nuclear weapons program.

There is an informative chapter on the early scientific work on radioactive elements and the discovery of fission as a source of energy as well as terrible destruction. Ball covers these topics in sufficient detail to give the reader enough historical perspective without getting bogged down in technical jargon. He makes the point that although scientists recognized the potential for nuclear weapons early on, some governments were slow to be convinced. Some German scientists cite this as a reason they were not properly funded by the Nazi regime and why they failed to make significant progress, unlike America’s “Manhattan Project.” It wasn’t just prejudice or fear mongering, but real concerns over legitimate security concerns.

A German scientist named Peter Debye is presented as a sort of case study. He made it to America and applied to work for the government in the war effort. He was investigated by the FBI for years and cleared, although some former and current colleagues appeared to express doubts about his true motives. He eventually did make some modest contributions to the war effort, but his case underscores some of the difficulties a German scientist faced in America.

One of the major themes of the book is that people are generally ill-equipped to deal with the moral problems of Germans and particularly what German scientists faced during World War II. We’d all like to think we would have behaved more courageously than many of them did, but this is, of course, easier said than done. Another theme is the idea that scientists tend to idolize science, choosing to believe it can be practiced outside the normal boundaries and without the moral baggage we inevitably face. Ball summarizes the situation well when he writes: “the failure of scientists has lain in their moral obtuseness, in their incapacity to define, delineate or even to recognize the nature of the problem of responsibility” (epilogue). This judgment might seem harsh, but he makes a convincing case that the German scientists’ not only acted badly during the war, but also stubbornly refused to rethink their behavior and admit to having made mistakes at all. For this, history has judged them harshly and rightly so.