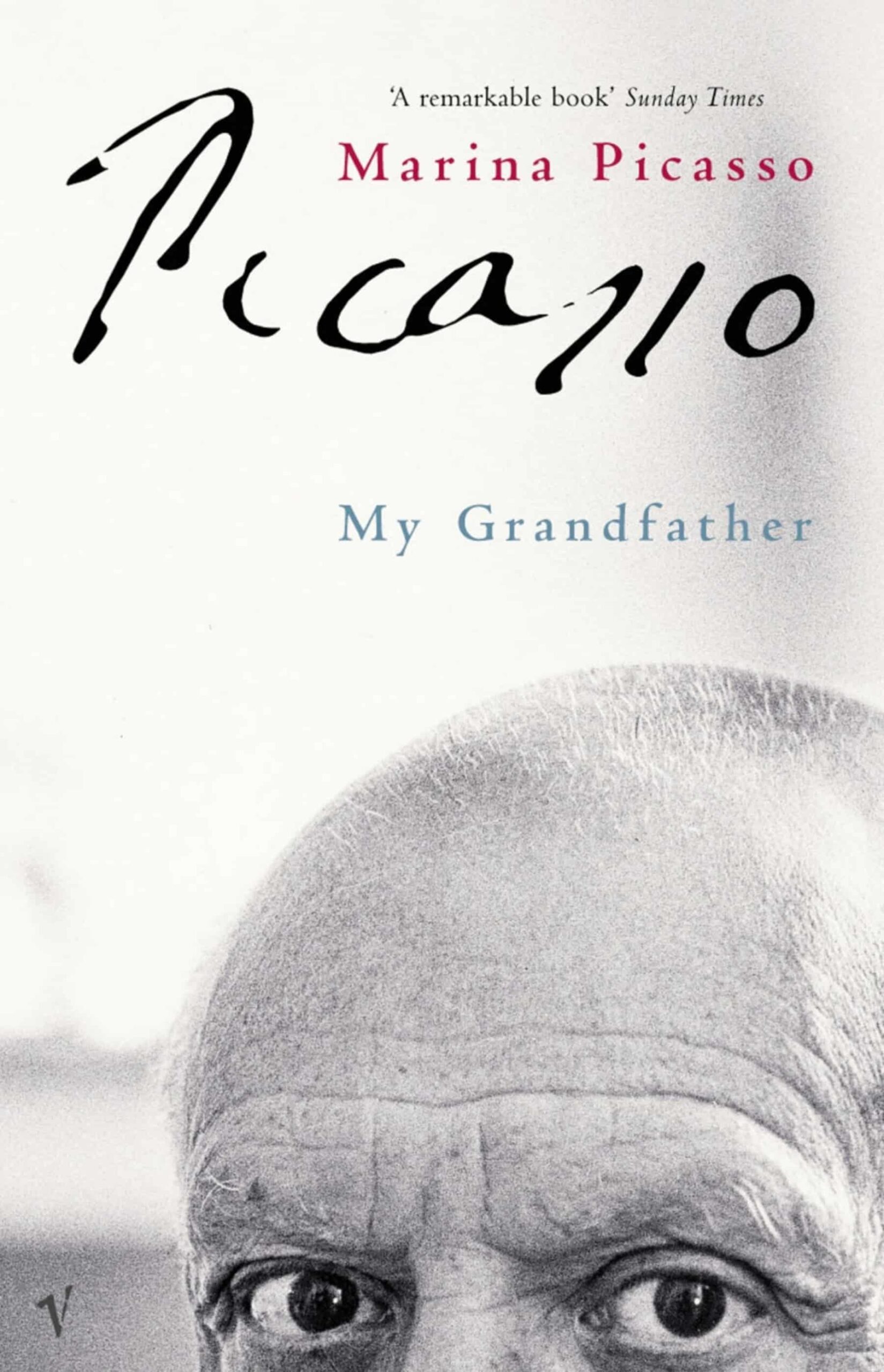 This memoir—the first from a Picasso progeny—recounts the cumulative familial wreckage produced by Pablo Picasso, as told by his granddaughter, Marina.

There is little here for students of art history, but her sad and indignant story is a mesmeric read for those curious about domestic life with one of the twentieth century’s most successful artists. As she tells it, life bearing the Picasso name was hardly charmed; instead, a life governed by financial hardship, humiliation, and destruction, lacking love and stability.

Marina and her brother Pablito were born to Émilienne Lotte and Paulo Picasso, the son of Pablo and the Russian ballerina, Olga Khokhlova. Émilienne and Paulo separated soon after Marina’s birth, and the children were often left to fend for themselves. Mother drank frequently and romped with younger men. Father visited rarely, but when he did, took the children to see the famous artist.

The visits to his villa, La Californie, were agonizing. They were often turned away, either by caretakers or Pablo’s then-wife, Jacqueline Roque. On the occasions they were admitted, Pablo was mostly unconcerned with the children, and often degraded his son Paulo, a crushed man lacking his own identity, employed as the artist’s chauffeur and dependent upon him for his livelihood.

The weekly money received was a pittance, so little in fact that the children lived in poverty. Frequently, social workers and other professionals intervened on the children’s behalf. At age nine, Marina contracted tuberculosis, and often suffered alone during her stays at the hospital. Her doctor, stunned that the granddaughter of Pablo Picasso lived no better than a welfare child, wrote the artist demanding money so that she could be sent to a convalescence center. Finally, Picasso agreed, but only—Marina suggests—to uphold the impression that the celebrated artist was a generous grandfather.

While the children lacked a solid relationship with their parents and grandfather, the bond between Pablito and Marina was strong. Together they endured the rough moments at home and the taunts at school. As Pablito grew older, however, he grew increasingly despondent, and at age twenty-four was pushed over the edge when Roque banned him and Marina from Picasso’s funeral. He swallowed bleach and died three months later.

Paulo, never able to emerge from the shadow of the giant Picasso, died two years later, and with his death, Marina became heir to a vast fortune, including a cache of paintings and La Californie. But Marina hardly saw this as a blessing. “When you’ve spent your childhood and adolescence begging for love and a bit of attention, when you’ve never had a cent in your pocket and borne your name like a cross, when you’ve owned nothing and lost everything, to receive an inheritance is like being condemned,” she writes.

In 1982, after suffering from years of panic attacks, Marina underwent psychoanalysis, a process that lasted fourteen years, but one that finally allowed her to embrace her past and her name. “I’ve come to realize the extent to which the image I had of my grandfather was distorted, frightening and alarming,” she writes. “Brought up on this myth, for a long time I thought that he alone was responsible for our misery…. Pablito and I may have casually slipped into his life, but the irresponsibility of father, mother and possessive wife stripped us of the affection that Pablito and I craved each time we visited him.”

And finally, she could accept her inheritance. Fittingly, she now uses her vast resources to aid distressed children. Her charitable foundation provides aid to orphanages in Ho Chi Minh, a cause she embraced after adopting three Vietnamese children.

Frustratingly, the memoir skips over a significant segment of Marina’s life, a failed relationship with a physician, with whom she had two children, Gaël, and Flore. While she feels this is a private story meant only for her children, a view into Marina’s “dark years” when she was incapable of connecting fully with her children would allow the reader to understand more fully to what extent the Picasso family’s misery unfolded in Marina’s adult relationships.

Since the publication of Picasso, My Grandfather, the tale from another grandchild has emerged. Indeed, Olivier Widmaier-Picasso’s Picasso: The Real Family Story (Prestel 2004) is a must for those who would like a counterbalance and a response to Marina Picasso’s version of events.