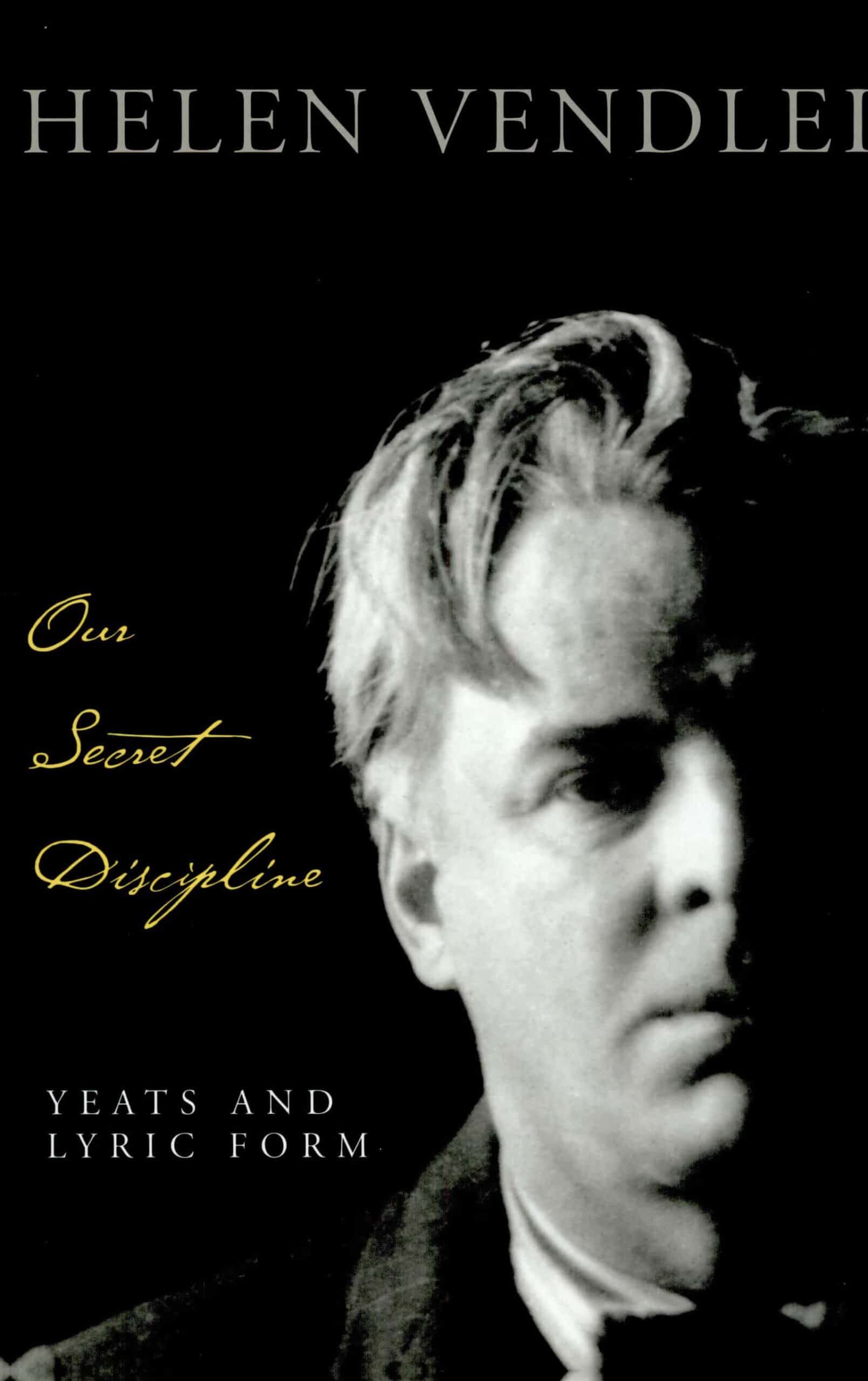 Helen Vendler is one of the most important literary critics in recent decades. This latest offering, Our Secret Discipline: Yeats and Lyric Form, is the sort of book that one might read out of a passing interest in William Butler Yeats; more likely, it is the sort of book that will try the patience of anyone who hasn’t already invested an awesome quantity of time and effort in his work. This is not to say, of course, that the book is inaccessible or that it’s written in a way that could only be approached by someone with extensive literary training. In fact, the book is partly drawn from a series of public lectures offered by Vendler at Oxford University, where she was invited to deliver the Clarendon Lectures in 2006. The book’s chapters—separate essays, really, rather than capsules in a larger argument—are thus lively and conversational at times, and they convey Vendler’s staggering regard for her subject. They also reveal an author who is intensely interested in the relationship between the inner form of the poem and the outer meaning it is supposed to convey.

Vendler’s motive for writing this book was to fill in a certain gap that she notices in the scholarly work on Yeats. His biographers and critics, she explains, have ignored the fact that Yeats himself regarded technique as the major substance of art. Technique, according to Yeats, allows art to “escape contemporary suggestion”—to escape the present moment, in other words—by linking the artist with the “many masters” that have come before (2). Yeats’ commitment to form was so passionate, Vendler notes, that “he was willing to endure anxiety, headaches, indigestion, and insomnia to achieve it” (3). That being the case, she finds it strange that poetic technique, so vital to Yeats’ own artistic vision, has been ignored by most of those who have written about Yeats himself.

Each chapter devotes itself to the unique problems posed by the various forms and structures in which Yeats chose to work. There are chapters on his sonnets, his ballads, his blank verse poems, his trimeter-quatrain poems, and so on. Each of these studies focuses on a specific poem or a certain batch of poems, with Vendler pondering at great length why, for example, Yeats’ often-anthologized “An Irish Airman Foresees His Death” could not have been composed in fewer than four quatrains utilizing an abab rhyme scheme. Elsewhere, Vendler offers natural histories, so to speak, of single poems like “After Long Silence,” as well as explorations of why Yeats chose to modify various poetic conventions to suit his own purposes.

All of this is perfectly sensible matter for an academic study, but Vendler’s overall point—that Yeats did not choose his poetic forms randomly because form mattered immensely to him—will not, for most readers, be interesting enough to carry them through passages like this, from a discussion of one of Yeats’ most famous poems:

The gross structure of “The Second Coming,” then, presents a first, impersonal, and metaphorically disturbed octave of abstract narration, followed by a second self-referential octave of alarmed but fascinated myth as the speaker listens to, and then illustrates, his own phrase “the Second Coming.” He concludes with a first-person “sestet” of doctrinal enlightenment and existential menace (172).

For Yeats scholars, A Secret Discipline will no doubt offer tremendous insights into his literary method and will, as well, deepen the appreciation they already hold for his work. For ordinary enthusiasts, and certainly, for anyone not versed in the technical details of poetry, this book will not stay open long.