Leonardo and The Last Supper 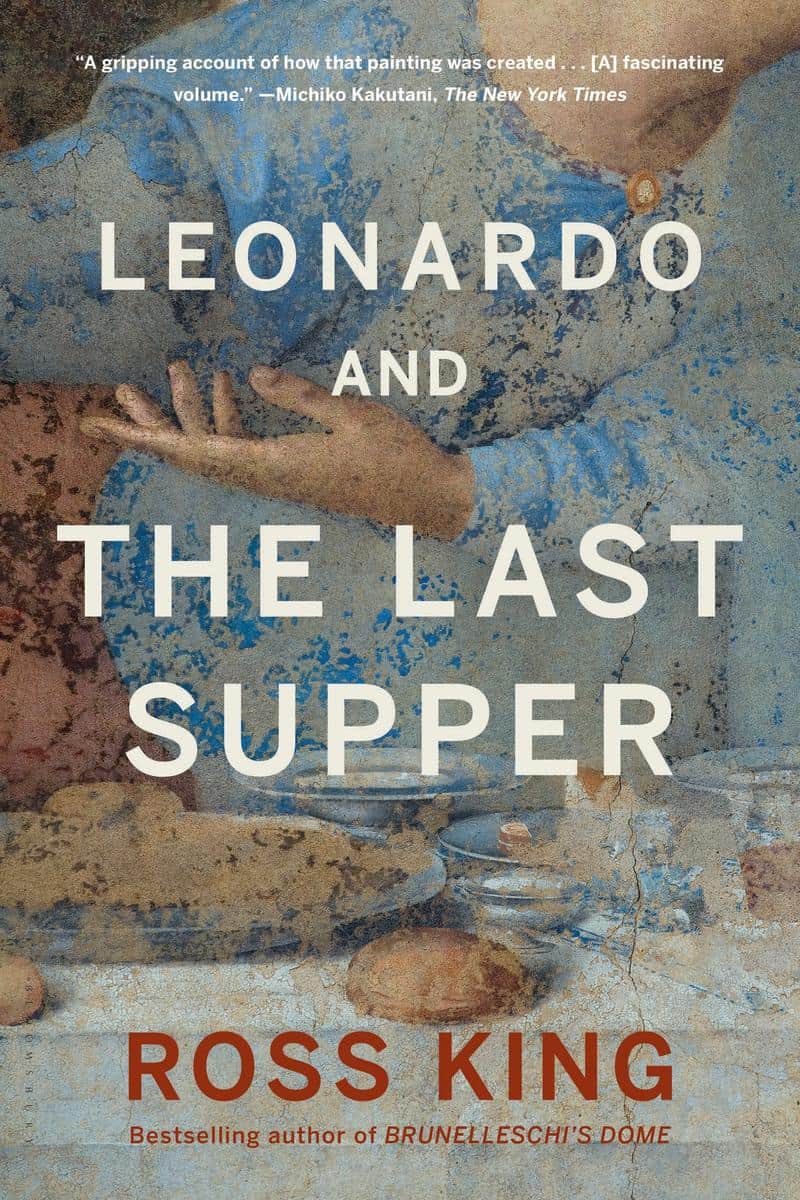 Leonardo and The Last Supper

Ross King has published three engaging books, over the past sixteen years or so, that describe the creation of three of the best-known works of the Italian Renaissance: Florence’s Il Duomo (Brunelleschi’s Dome, 2000); the fresco ceiling of the Sistine Chapel (Michelangelo and the Pope’s Ceiling, 2002); and The Last Supper, the subject of this review. While Leonardo and The Last Supper offers less insight into the working method and problems confronted by the artist than the previous two books, King still reveals the fascinating background to the creation of the masterpiece, insights into the painting itself, and, as a backdrop, the political machinations of Leonardo’s patron, Lodovico Sforza, the Duke of Milan. He also spices the text with a few swipes at the twentieth-century art historian, Bernard Berenson. The text is accompanied by 48 black-and-white and nine color illustrations. There is also a map of Italy during the period, a Sforza genealogy, and an illustrative who’s who around the table of The Last Supper.

Leonardo first came to the duke’s attention in 1482 when he traveled to Milan from Florence and soon ingratiated himself in the duke’s court. Lodovico commissioned Leonardo to create what is arguably the latter’s best-known unfinished work: the bronze horse (originally it was to have included a rider) to commemorate Lodovico’s father, Francesco Sforza. The statue was to have surpassed any previous equestrian statue cast in Italy—twenty-three feet high with rider and rearing on its hind legs no less. For this, seventy-five tons of bronze had been set aside. Yet, as King relates, “By the end of 1493, Leonardo had spent as many as eight or ten years on the giant equestrian monument.” At the beginning of 1494, “[he] was putting the finishing touches to his clay model and deliberating the practicalities of casting in bronze” (p. 11). Then politics intervened.

In a ploy that presaged Niccolò Machiavelli, Duke Lodovico, in an attempt to keep some of his rivals at each other’s throats, invited the King of France, Charles VIII, into Italy to claim the Kingdom of Naples, then under the reign of the newly crowned Alfonso. Alfonso’s daughter was married to Giangaleazzo Sforza, the rightful Duke of Milan whose title Lodovico had usurped. The ease with which Charles swept down the Italian peninsula alarmed Lodovico and encouraged Charles’s cousin Louis, the Duke of Orléans, who also had a tenuous right to the duchy of Milan. After making various alliances (notably with Venice), and switching sides more than once, the perfidious Lodovico belatedly realized the French were a far greater threat to him. Eventually, the bronze set aside for the memorial statue was requisitioned to be cast into cannons, thus ending that artistic venture.

King provides a mini-profile of Leonardo’s life leading to these events, including his apprenticeship with the Florentine painter and goldsmith Andrea del Verrocchio from the mid-1460s to the early 1470s. At this point, King allows himself a bit of speculation: “Verrocchio must have been the one who first awakened Leonardo’s interest in things such as geometry, knots, and musical proportions—and their application to artistic design” (p. 29). He supports this assertion by linking a motif in Verrocchio’s tomb slab for Cosimo de’ Medici with Leonardo’s Vitruvian Man.

King judges Leonardo received the commission to paint The Last Supper onto the wall of the refectory of Santa Maria delle Grazie either at the end of 1494 or the beginning of 1495. At the same time as Leonardo’s commission, the Milanese painter Giovanni Donato da Montorfano was commissioned to paint the crucifixion scene on the opposite wall. King points out that the pairing of the two scenes was not unusual. Perhaps Montorfano was chosen as he was an experienced frescoist whereas Leonardo had no experience in fresco painting.

Here King describes the usual technique for painting a fresco—the drawing of the cartoon (a stencil of sorts) and the painting directly onto the wet plaster—which he describes in detail in Michelangelo and the Pope’s Ceiling. Leonardo eschewed this technique and painted directly onto the wall—thus The Last Supper is not technically a fresco. The wall onto which Leonardo painted was a surface of his own creation. “Once his first coat of plaster dried,” King writes, “he covered it with a thinner, slightly granular layer of calcium carbonate mixed with magnesium and a binding agent probably made from animal glue. Once this preparation layer had dried, he added an undercoat of lead white: a primer, in effect, to seal the plaster and enhance the mural’s luminosity” (p. 107). Leonardo did this because instead of working in the traditional egg tempera he used oils, which were gaining acceptance. Perhaps this extra prep work caused the delay which troubled Duke Lodovico and the friars at Santa Maria delle Grazie; Leonardo finished his masterpiece in 1498, whereas Montorfano completed The Crucifixion three years earlier.

The book excels in showing Leonardo’s mature powers as an artist. King describes a technique in which seeming faults in the painting come together to create, arguably, the greatest piece of iconography in Western civilization. King also places Leonardo’s Last Supper in the context of other Last Supper paintings of the period. Like many of the other Last Supper paintings, Leonardo’s mural takes as its starting point the moment after Christ has revealed he will be betrayed by one of the disciples later that evening. Thus the “action” of the picture is born of surprise, denial, and anger. Perhaps even embarrassment. King analyzes this action, including Christ’s near physical connection to Judas. Leonardo differed in his Last Supper from many of his predecessors in that St. John is not resting his head upon Christ’s breast. Instead, he is inclined away from Christ, the better to hear what St. Peter is saying. He also points out the figure of Christ is out of proportion vis-à-vis the disciples. None of this information is new, of course, but King’s style brings a fresh approach to it all. King also posits the idea that the dining table and linen mirror that which the friars used in the refectory. To that end, he discusses the effect of the mural on the dining friars and at what point in the room the mural appears to be an extension of the refectory itself. He also discusses the food on the table, the tapestries on the walls, and what many people miss, the Sforza coat of arms on the mural’s back wall.

An epilogue describes the downfall of Lodovico Sforza (captured and imprisoned by the French) and his death in 1508, Leonardo’s own last years, and the fate of The Last Supper. According to at least one Renaissance commentator, the mural began to deteriorate about twenty years or so after Leonardo had completed it, before the end of his life. But hubris, time, climate, inept restorations, nor cutting a door in the wall could succeed in destroying the mural. Neither could the RAF which bombed Santa Maria delle Grazie during the Second World War. King not only discusses the causes of The Last Supper’s deterioration (primarily working with oils and painting onto a drywall rather than a wet plaster), but he also catalogs the errors made in restoration over the centuries, including that done in the mid-twentieth century. “Some critics have argued that The Last Supper is now 80 percent by the restorers and 20 percent by Leonardo. The mural’s restoration has become a puzzle of spatiotemporal continuity…,” King sums up toward the end (p. 274). Yet for King and for the rest of us except the most persnickety this is enough. “The Last Supper is arguably the most famous painting in the world, its only serious rival Leonardo’s other masterpiece, the Mona Lisa,” King pronounces (p. 275). And it is hard, very hard, to disagree.