Tolstoy On War: Narrative Art and Historical Truth In “War and Peace” 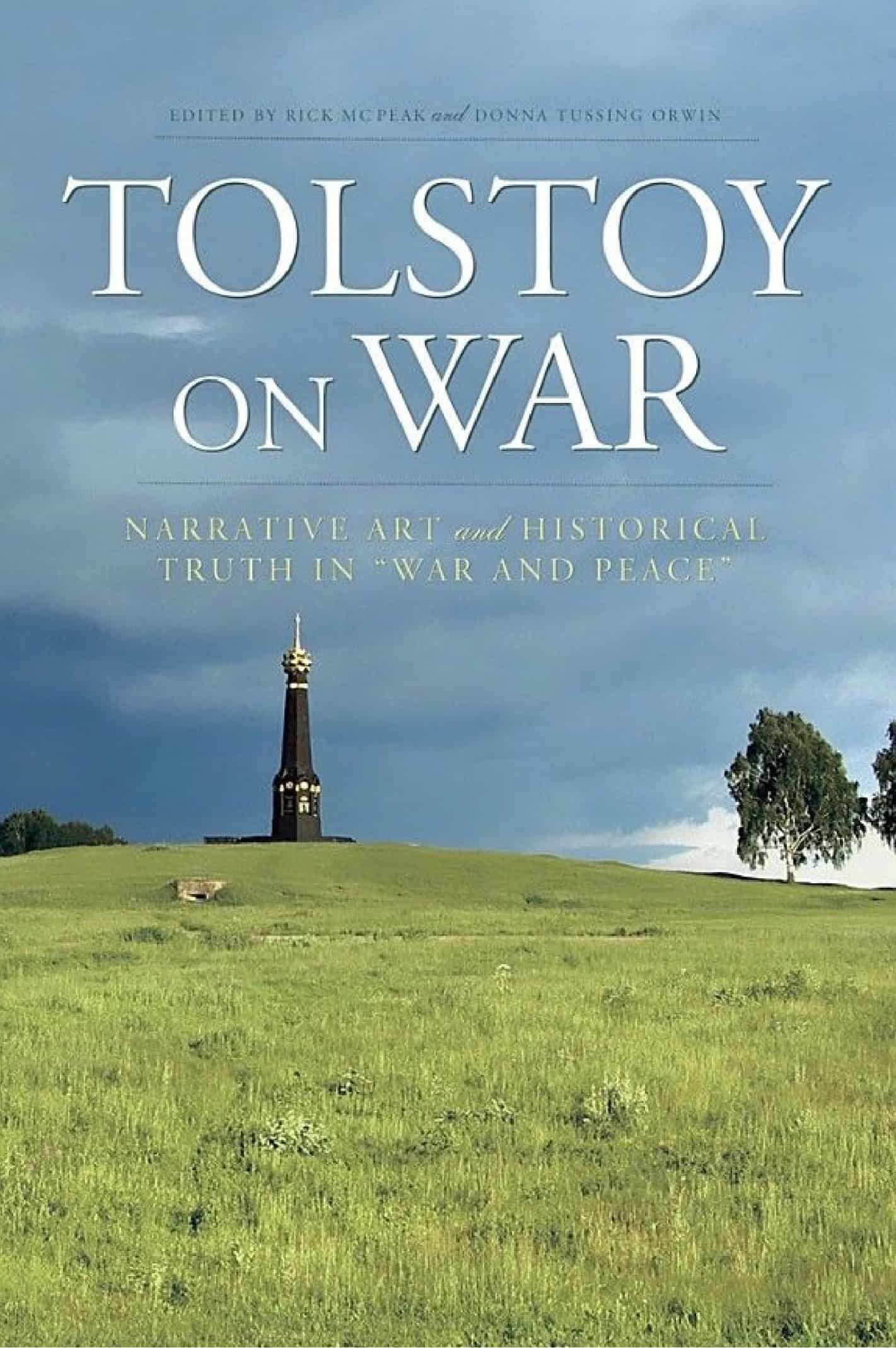 Tolstoy On War: Narrative Art and Historical Truth In “War and Peace”

This volume came out of the 100th anniversary of the death of Leo Tolstoy (1828-1910). It was based on a project at West Point Military Academy by Rick McPeak, which expanded into a serious work of Tolstoy on War, which encompassed history, social science, literature and philosophy of the period. As McPeak notes, Tolstoy’s “adept transformation of French and Russian histories into compelling war narrative with authentic personages and intriguing philosophies” were what kept the West Point cadets involved in the project. (p. 193)

As stated by Donna Tussing Orwin:

“the issues in Tolstoy’s novel are too complex to be comprehended satisfactorily within a single academic discipline.” (p.2) Literary criticism, history, social science, and philosophy do not necessarily agree on all areas, but different points of view are presented for the benefit of the reader.

Tolstoy himself declared “War and Peace” is “not a novel, still less a long poem, and even less a historical chronicle. (1868)” (p.2)

Despite his protestations, the editors feel Tolstoy’s work certainly can qualify as formidable literature and history.

Tolstoy was born into wealth in rural Russia, and some of the criticism in the volume is directed at his ‘aristocratic’ take of society in Russia on the eve of the Napoleonic invasion there in 1812. These critics feel Tolstoy neglects the true ‘regimentation’ of the middle class despite having visited Europe and been exposed to Victor Hugo, Proudhon, and Schopenhauer. Whereas later in his life Tolstoy rejected his wealth and even took on serf garments and a mystical philosophy, this was not his view when he wrote “War and Peace” (originally titled ‘1805’) and Anna Karenina.

There is a serious dispute between Rick McPeak and Andrew Herberg-Rothe on Tolstoy and von Clausewitz (“On War”) (1780-1831), and their views of history and warfare. McPeak at one point doubts how much of Clausewitz Tolstoy actually read. McPeak: “Tolstoy probably never read Clausewitz.” (p. 115)

A.H. Rothe stresses Tolstoy does not recognize in the novel von Clausewitz was more than a ‘theoretician.’ (pp. 141-142) He was a Prussian soldier who served in the Russian army versus Napoleon in 1812: As Rothe states:

“The early Clausewitz favored existential view of war comparable to the one of Tolstoy in ‘War and Peace’. The later Clausewitz (he wrote 10 volumes on war) favored an instrumental view… that Tolstoy criticizes.” (p. 142)

“Clausewitz understood force, violent struggle, and the affiliation of the combatants to the community as the three fundamental tendencies of any war.” (p. 142)

McPeak disputes Tolstoy’s denigration of the ‘Great Man’ theory when he criticizes Napoleon’s strategy at Borodino and Moscow, as well as his retreat from Russia.

Tolstoy was unique in the sense that he had, from his experience as a soldier at Sevastopol, seen the horrors of war. However, he was able to transform the battlefield situation into the reality of a living novel by using the research of contemporary historians on the Napoleonic campaign of 1812, and defining his characters in terms of military class, social class, and the developing middle class.

While Tolstoy, according to Orwin, does not answer the question about force moving people, he does, through his characters, transform fiction into reality. One could learn much from his descriptions concerning the issues of modern warfare of today. She feels the international relations specialists tend to ignore the ‘real life’ aspects of Tolstoy’s fiction at their peril.

“Herein resides the importance of narrative fiction for the social sciences (and historians). Only it can describe real life because only art privileges subjectivity as the main truth. The deductive reasoning that anchors social science always reduces subjectivity to something else, something determined and therefore unacceptable to human consciousness when one applies such reasoning not to others but to oneself.” (p. 11)

Finally, “War and Peace derives much of its power from the way its author imagines the lives of its principal characters not only within a historical framework but as actors who themselves in different ways and with different degrees of self-consciousness participate in history, present and past. The results, while usually not what the individual actors intended and therefore not reducible to any one individual will, are produced by them and their deeply personal motivations. Art exceeds its mandate when it reduces everything to the personal and subjective. On the  other hand, history and social science need art in order to convincingly re-create, understand, and generalize the past and the present.” (p. 11)

This volume is immensely rewarding because it presents views of Tolstoy as historian/military strategist, philosopher, literary master, social scientist, and even precursor of International Relations. It is highly recommended to students of the Napoleonic and Russian period of 1805-1815.