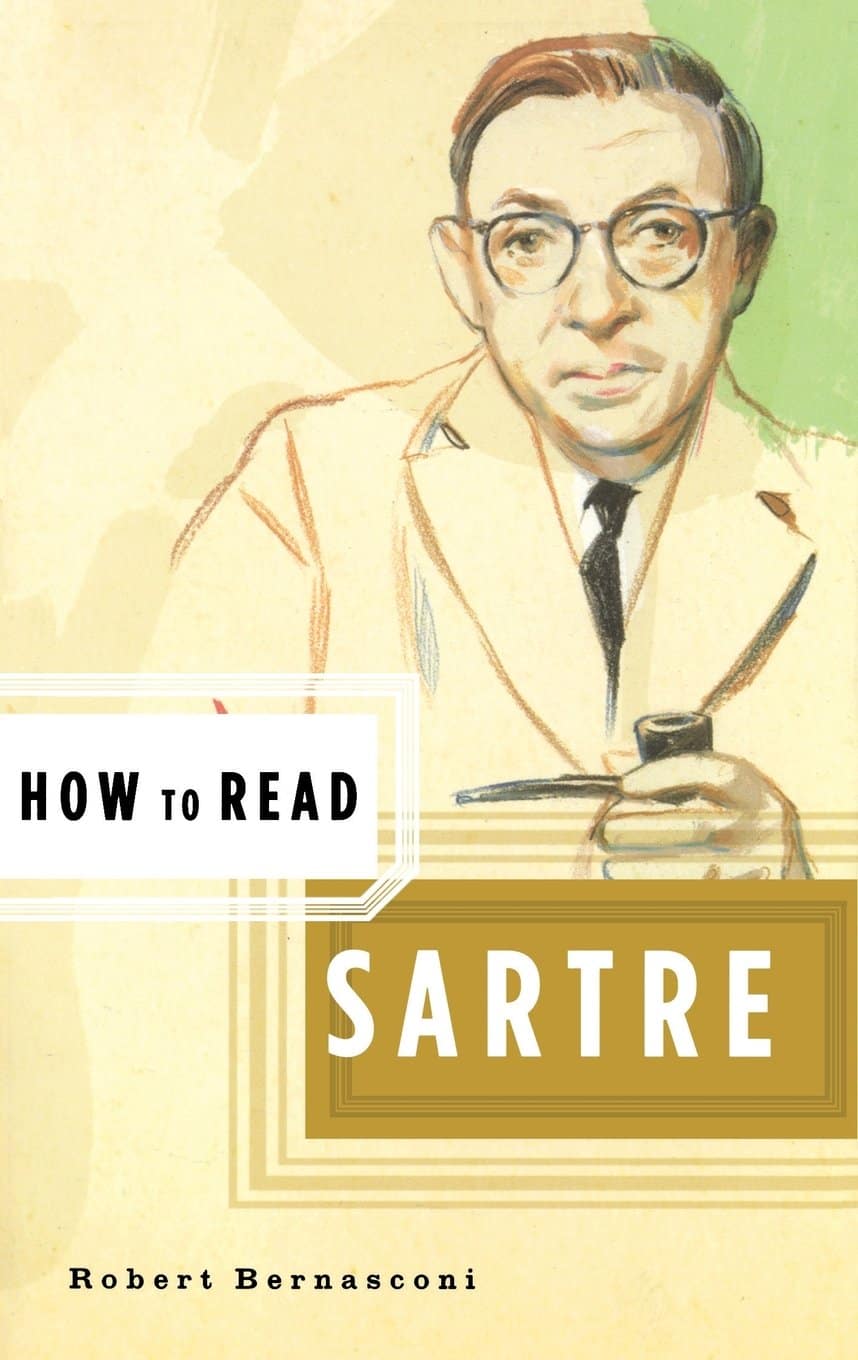 The How to Read series, curated by New School philosophy professor Simon Critchley, aims to condense the works of great thinkers into readable, 120-page primers. If any subject challenges its often-remarkable capacity to do so, it is Jean-Paul Sartre. This is not just because the French philosopher’s weightiest tome, the 700-some-page Being and Nothingness, was once used in grocery stores as a kilo-weight.

A controversial, contradictory, indispensable writer, Sartre stood astride the currents of mid-20th-century Western thought. He served as a chaotic bridge between the great modern German philosophical systems—Marxism, Hegelianism, Husserlian and Heideggerian Phenomenology—and the hyper-politicized, mass-media-saturated climate of post-World-War-II France. Having made a name for himself during his philosophy-student days as a prankster with a gift for timing and publicity, Sartre was able to capture the public imagination with a sweeping, polemical style and a dramatist’s flourish. Projecting his influence through plays, novels, periodicals, and even a weekly radio address, Sartre prefigured contemporary rock-star intellectuals like Slavoj Zizek with his continual provocations and determination to use all channels available to him.

His influence, of course, extended equally across the Atlantic. There is no Normal Mailer, for instance, without Sartre—who renewed the luster of Nietzschean atheism and Heideggerian authenticity, which had been tarnished in the eyes of the political left by their associations with fascism. (Mailer would repackage these ideas into a distinctly American blend of physicality, hipness, and blunt engagement with violence and sexuality). Excoriating bourgeois conformity and expressing solidarity with the revolutionaries of the global south, Sartre made it safe for angry punks to sit around reading Thus Spake Zarathustra and for members of downtrodden nations to seek redress for systematic injustice.

Existentialism was the word that made it all happen. And as Robert Bernasconi, author of How to Read Sartre illuminates, the term was as much a buzzword as a genuine summation of Sartre’s beliefs. He at first shunned the label, applied to his writings by another critic. But he adopted it just in time to deliver his 1946 lecture “Existentialism is Humanism,” which was received by adoring throngs and vaulted him to instant, lasting recognition.

Bernasconi describes well how the speed of Sartre’s rise meant that the philosophic formulations he churned out were not always completely solid. Yet the author is also determined to defend Sartre’s work against the misreadings to which it has frequently been subject. He thus pieces together as much as possible what Sartre “really” wants to say, sometimes over and against what he appears to say. Often, he brings off the balancing act. The first two chapters, for instance, provide subtle coverage of Sartre’s complex engagement with pre-war phenomenology, highlighting the importance of the early thought of Martin Heidegger to Sartre’s Nausea.

That famous novel lyrically bewails the “contingency” of existence. According to Sartre’s narrator Roquentin, (unlike a melody which possesses “internal necessity”)—anything that actually exists “is born without reason, prolongs itself out of weakness, and dies by chance.” Through reference to various sources, Bernasconi clears Nausea of charges of decadent self-absorption. He likewise denies it preaches aestheticism as a remedy for life’s despair. Instead, he cogently reads the book as an exploration of the relationship between humans and things—taking a jumping-off point the Heideggerian notion that the project one sets out for oneself animates the world.

Subsequently, some difficulties arrive. According to Bernasconi, Sartre, in his “impatience” to get to the concreteness of life, “only touched the surface” of some important Heideggerian ontology. For instance, he latched onto the idea of the “free projection of the possibilities of existence,” while neglecting the implications of its flip side, “thrownness.” This is Heidegger’s term for the fact that one is always-already thrust into the midst of circumstances that can never be fully understood.

Such negligence makes Sartre’s absolutist “ontology of freedom,” seem more like a naïve construction than a principled, radical leap. And this is a problem because it is not only one of the lynchpins of Sartre’s Existentialism but also the source of some of his most extreme statements, including his notorious claim that “in war there are no innocent victims.”

Bernasconi acknowledges the philosophical problems with this and other stances. But at other times he appears to give Sartre a bit too much credit: “Sartre’s point is so deceptively simple that most commentators appear to have missed it. We always choose; even not choosing is still a choice. Furthermore, we always choose what we consider the best option under the circumstance.“ But is this position really an advance over that of say, David Hume?

The approving word “simple,“ shows up quite a lot in How To Read Sartre, in relation to issues that are anything but. This tends to raise a red flag. It’s as if Bernasconi is compensating for Sartre’s sometimes notorious obscurity by touting his bluntest sound bytes. But these only reinforce the suspicion that as a metaphysician, Sartre was the equal neither of his predecessors (Nietzsche, Kierkegaard, Husserl) nor his successors, (Foucault, Derrida).

The apologetics to which Bernasconi resorts to at his worst simply don’t seem necessary. Nothing can diminish Sartre’s great accomplishments, which are plain to see: his poetic evocations of the human condition, his compassionate engagement with the hard geopolitical problems of the last century, and his contagious intellectual omnivorousness.

How To Read Sartre offers as provocative and far-ranging an introduction to this multifaceted figure as could be expected, given the constraints. Ultimately perhaps, it can’t be faulted too heavily for the occasional stretch it makes on behalf of its hero.