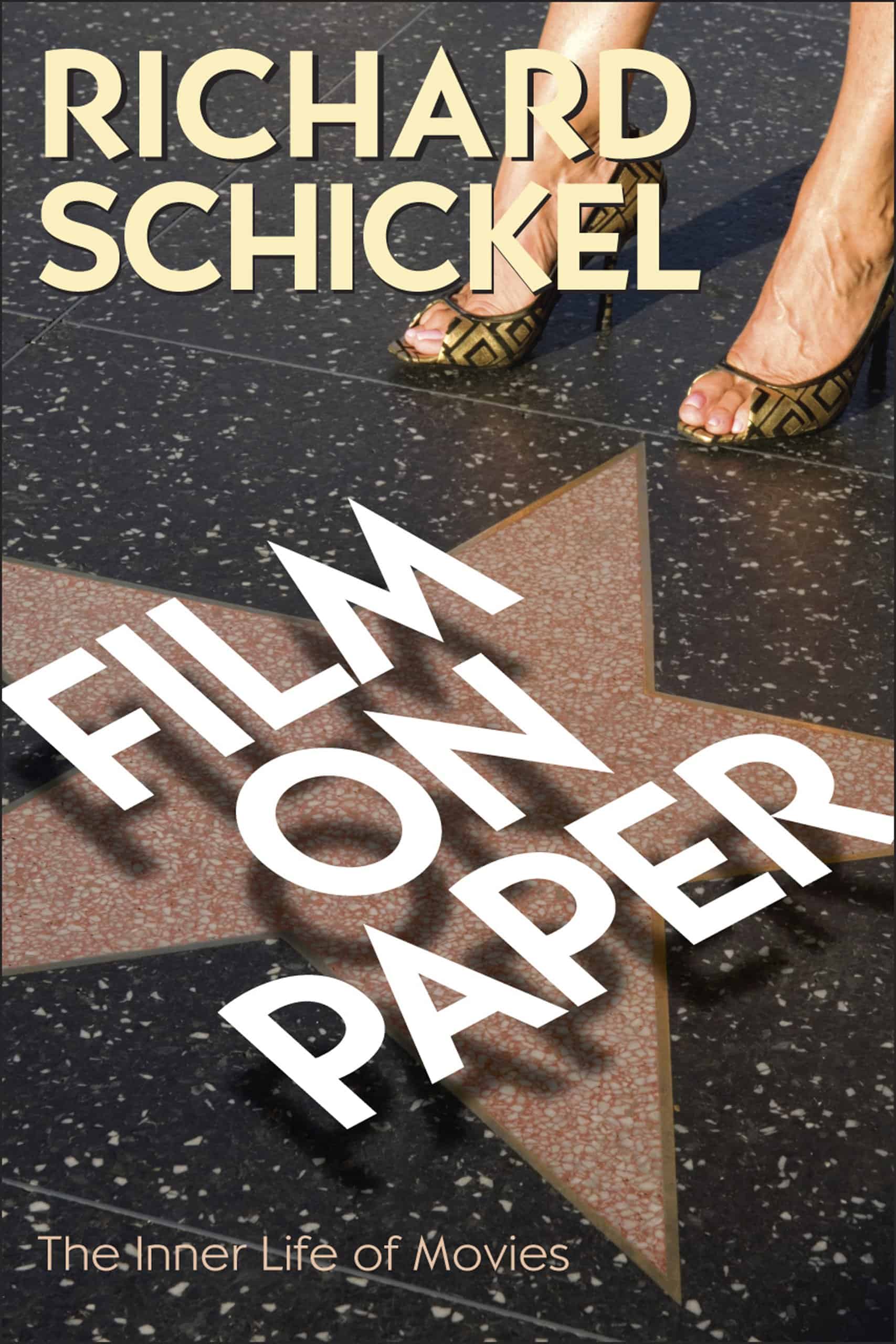 This is the latest offering from Richard Schickel, a renowned film critic who probably knows more—and writes with greater incision—about the history of film than any contemporary reviewer. Best known as a movie reviewer who spent years writing for Time magazine, Schickel is also an accomplished historian, having written well-regarded biographies of Elia Kazan and D. W. Griffith among others. A collection of short essays, Film on Paper collates the work published under the column of the same name, which Schickel began writing for the Los Angeles Times Book Review in 2001. The book is divided into six clusters of essays about the genres, stars, directors, writers, businessmen, and critics who make up the complex (and, he reminds us, peerlessly expensive) world of film.

Schickel’s work for the L. A. Times is a genre all to itself; rather than a conventional column about film, “Film on Paper” reviews books about movies. It is, in other words, an ongoing reflection about how we think about the art and business of film, and it ruthlessly catalogues what he describes as the “slovenly” commentary that publishers are apparently willing to release. As he explains in the book’s introduction, the books he reviews—with few exceptions—“tend to be badly written, largely by hack journalists or dull-witted academics” (4).

As Schickel sees it, bad books about film tend to misunderstand one or more fundamental aspects of the industry: Whether they oversimplify its business history (e.g., Thomas Schatz, The Genius of the System), exaggerate its politics (Paul Buhle and Dave Wagner, Radical Hollywood), or turn out “plodding” biographies of its stars, (Lee Server, Ava Gardner), he is unsparing in his dismissals and persuasive in suggesting where exactly the authors may have lost their bearings. His skewering of Edward Jay Epstein’s The Big Picture is a masterpiece, and he has great fun at the expense of Joe Eszterhas’ memoir, Hollywood Animal, but Schickel is no mere bomb-thrower. He reviews plenty of books that earn his praise, and curious readers will find many reading suggestions as well as advice on books and authors that might best be avoided.

In most of these essays, however, Schickel does not dwell long on the books themselves. Frequently, the reviews offer him a chance to reflect on some aspect of the industry—or some particular character within it—about which he has something interesting to say. For instance, in two of the pieces—one on the African-American performer Stepin Fetchit, the other on Jews and cultural assimilation—we read about the ways that film reflects the complexities of race, ethnicity, and identity in 20th century America. Similarly, other chapters examine (in succession) the phenomenon of “exploitation” films and the hideous production codes that bound the film industry for three decades (and beyond) to a prudish morality that thwarted art in the name of “decency.” Regardless of Schickel’s conclusions about the books themselves, essays like these stand on their own. They are miniature lessons in the history of film, and they remind us that movies are more than what they seem. Essays like these, give the book a greater sense of coherence than one might expect from a collection of reviews.

In addition to essays that take a broad look at the world of film, Film on Paper includes closer peeks at familiar actors like Katharine Hepburn, Warren Beatty, and Sidney Poitier; directors like Stanley Kubrick and Orson Welles; and executives like Walt Disney and Jack Valenti. Readers who are not film buffs, however, might find themselves reading about some unfamiliar figures—but they will continue reading, which is, of course, the point. Schickel is an endlessly entertaining writer. Film on Paper is an outstanding read and well worth the time for anyone who enjoys film, good writing, or both.