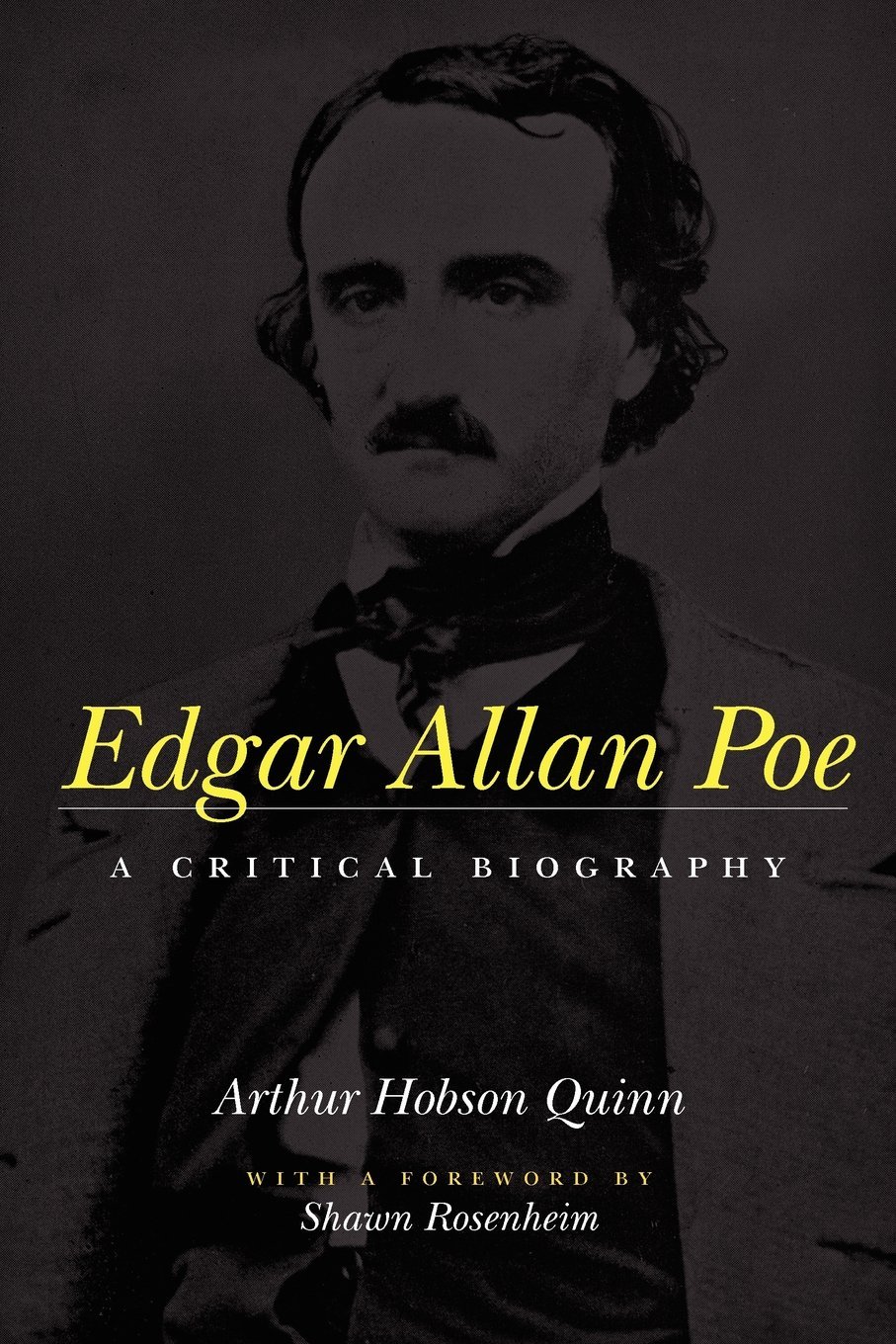 Edgar Allan Poe is one of the most beloved American writers—though it’s likely few readers would actually feel comfortable using the word “beloved” to describe their feelings about him. After all, Poe is the dark man of American letters, a writer whose tenebrous myth casts a foreboding shadow over all of his work: the tortured genius, the demonic savant, the drunken, dissolute reprobate. Yes, the works are supremely well-wrought, visionary, gorgeous even. But they’re also … well … really creepy. And wasn’t Poe himself a pretty creepy guy? How can you love someone like that?

Would it make it easier to know that much of what we’ve been led to believe about Poe is patently untrue, the result of one of the most infamous smear campaigns in popular culture? After Poe’s death, the man named as literary executor of his estate—Rufus W. Griswold—used his position to settle a long-simmering score against the writer by publishing a hatchet job of an obituary that was widely reprinted (Griswold had some influential friends in publishing), focusing largely on Poe’s occasional dark forays into drink, debt, and depression, eliding completely Poe’s industry, good reputation among those he worked for and with, his generous spirit and shy demeanor.

But Arthur Hobson Quinn, in his magisterial and legendary Poe biography (originally published in 1940 and republished in 1997) is having none of it:

When his weaknesses have been catalogued, however, there rises above them the real Edgar Poe, the industrious, honorable gentleman, the warm friend and courteous host … that many others remembered. There was the brilliant thinker … [and] those who knew him best loved him best. His wife and mother adored the self-sacrificing, devoted husband and son. His friendships … met the supreme test of separation under high emotional tension or even the embittered tongues of slander. Yet every one of them treasured the memory of his utter refinement and unfailing chivalry …

By the time Quinn’s 800-page corrective to the corrosive narrative of Poe’s life was published—almost a century after the writer’s death—the damage had mostly been done. Poe’s reputation as a writer of classic tales of horror and poems of ethereal beauty survived Griswold’s personal vendetta, but there has always been an asterisk appended to Poe’s reputation. Quinn, who was the Welsh Professor of History and English at the University of Pennsylvania and later Dean of the College seems to have made it his mission to remove that asterisk by providing a near day-by-day portrait of Poe the focused, earnest, and diligent foster child/husband/writer.

Quinn’s biography is breathtaking in its scope and understanding of the times, providing a cultural context that places Poe firmly in the psychic landscape of the antebellum South—a world that rewarded breeding and pedigree but punished interlopers such as Poe, the orphaned son of two poor, itinerant actors. Though educated abroad and later at the University of Virginia, Poe’s persistent indigence—and his sensitive, bookish nature—made him the target of some uncharitable chatter. He discovered early that the camaraderie of the true deep South (his foster parents maintained an impressive estate in Richmond, though Poe’s father seemed to revel in leaving his son in penury) would always mark him as an outsider, so he retreated—into books, language, history, myth. And he poured that learning into his own, visionary works. He became so singular in his devotion to creating darkly romantic arabesques that few felt they understood him. Because his writing brought him little money, he turned to reviewing other people’s books, and his prodigious learning led him to adopt ridiculously high critical standards—earning the enmity of many popular writers whose work he excoriated in the rapidly expanding popular press of the nineteenth century.

Much has been made of Poe marrying his 13-year-old cousin, Virginia, but as Quinn’s research reveals, such an arrangement was not as unorthodox at the time as modern readers might presume. Additionally, as Quinn shows through letters and extensive testimony, Poe and Virginia were almost other-worldly dedicated to each other.  Quinn’s formulation should have put paid to any contemporary squeamishness about their relationship:

Whatever might be thought or said of him by the men with whom he came into contact and conflict, there was always the love of Virginia, steadfast and unalterable. As she matured, the adoration of the child he had married grew into the devotion of the woman, and the physical attraction for the handsome young cousin she worshipped blossomed into a spiritual passion which his love had nurtured and which, in its turn, sent its roots deeper into his life.

Alas, as readers of the stirring and tragic “Annabelle Lee” know all too well, Virginia (the model for the poem) died early, at 24. Thus began the final cycle of decline in Poe’s mood, health, and professional prospects. But for the literary excavations of Arthur Hobson Quinn, Poe’s reputation might have remained eclipsed by enmity, his true nature to be revealed nevermore.

So Poe abides, as does interest in his life. Readers looking for a more manageable-sized overview of the writer’s life would be well advised to consult Kevin Hayes’ Edgar Allan Poe, part of the “Critical Lives” series by Reaktion Books. In just eight chapters (and an introduction that is a model of clarity and compression), Hayes makes the convincing case that “No American author has influenced the history of literature and the arts more than Edgar Allan Poe.”

Hayes, Emeritus Professor at the University of Central Oklahoma and an award-winning writer and critic of American literature (he recently was named winner of the prestigious George Washington Prize for his 2018 work George Washington: A Life in Books) does a superb job detailing the impact Poe made outside of his native land, specifically in France, where writers like Charles Baudelaire found in Poe the model for his emerging experiments in symbolism. And although he agrees with previous biographers that Griswold twisted the biography of the writer, “depicting him as a misanthrope, a mad and melancholy loner … devoid of honor, devoid of morality, devoid of any and all elevating personal qualities,” Hayes suggests that Poe’s reputation as the bad boy of American literature likely contributed to his popularity in Europe. Griswold made Poe dangerous—just the model of defiance that the French symbolists needed to free them from the yoke of dreamy European romanticism.

Hayes is excellent on Poe the innovator, illustrating how his literary imagery “anticipates a visual aesthetic that would not emerge until the invention of motion pictures.” In other words, Poe’s lack of proper appreciation in his own time wasn’t due so much to his character flaws as it was to his being so far ahead of his time. And though he acknowledges Poe’s flaws, the portrait he paints of the misunderstood writer as a groundbreaking artist is compelling, making clear that Poe’s “dedication to his craft, even in the face of debilitating personal poverty, is inspiring.”

Poe once noted that “Beauty of whatever kind, in its supreme development, invariably excites the sensitive soul to tears.” And in the case of both Quinn and Hayes, to deep insight as well.