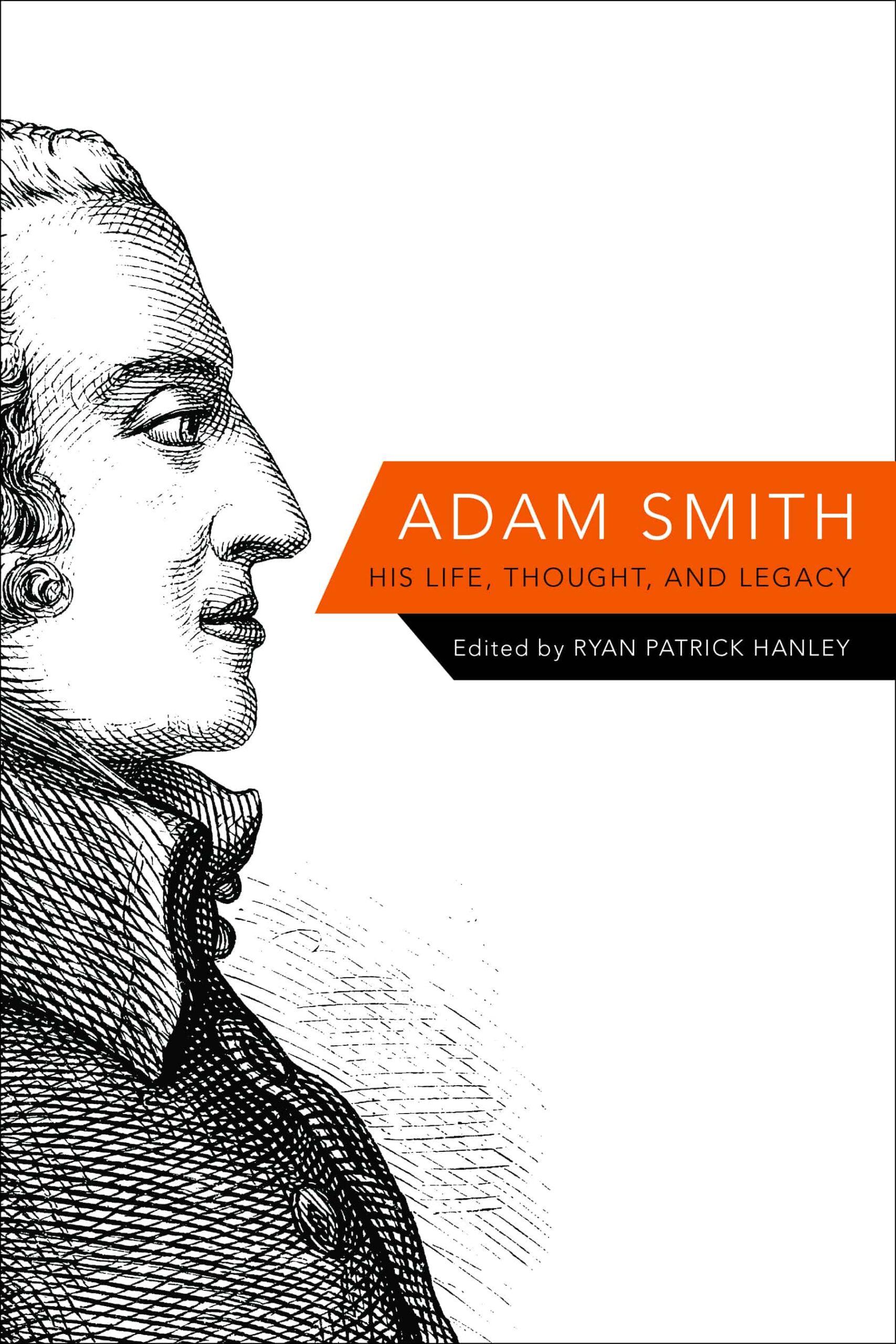 Adam Smith: Life, Thought and Legacy is an expansive work about one of history’s most important thinkers and political economists. The 557 pages are divided into five sections and 32 chapters written by various contributing authors. The generous page count could have easily made this an unwieldy book. However, the editor Ryan Patrick Hanley, who is an associate professor of political science at Marquette University, has delivered a collection of well-researched chapters that stand alone, but also complement the others to create an impressive whole.

Because Smith (1723–1790) lived and worked in the 18th century, some people may wonder about his relevance in our times. The book answers these doubts effectively, showing that many of the issues he discussed—such as industry and commerce, for example—are still important factors in modern-day economies.

Even though Smith is most associated with economic policies, noted Scottish novelist and historian James Buchan reminds us, that Smith was not an economist. He was a philosopher who chaired the logic and rhetoric department at the University of Glasgow for 13 years. Buchan makes it clear Smith was unhappy with much of the higher education of his day, describing universities as “sanctuaries in which exploded systems and obsolete prejudices found shelter and protection after they had been hunted out of every other corner of the world.” As a philosopher, Smith was interested in a broad range of ideas and disciplines. He produced works on many topics including ethics, jurisprudence, philosophy, and rhetoric.

Researchers continue to be frustrated by their inability to uncover more than just basic facts about Smith’s life, so we know him best through his work. Several chapters are devoted to his seminal work, The Wealth of Nations. He is well known as a champion of the principle of self-interest.  Some critics have distorted this principle into a narrow selfishness, but it is clear that Smith had much more in mind: He wanted mankind to move beyond brute force and the will of kings, and have more control over their lives and their circumstances without the interference of an overbearing state. Smith’s books sold well in his lifetime; in the decades after his death, some of his policies, including free trade, gained ground in Britain.

The chapter written by Jerry Evensky, professor of economics at Syracuse University, delves into The Wealth of Nations. He explains that Smith took a broad approach in this book and did not focus on narrow economic policies. Instead, he included the social and political forces that shaped the society of his time. Smith saw humans as progressing toward more commerce and more freedom, and he hoped his work would help leaders accomplish these things. Evensky captured Smith’s most important contribution succinctly when he wrote, “The world is moving to markets, and Adam Smith ‘wrote the book’ on markets.”

People from most political persuasions have tried to “claim” Smith at one time or another. Several chapters deal with how his ideas fit into policy arguments and politics today. Samuel Fleischacker, professor of philosophy at the University of Illinois, examines how compatible Smith’s policies are with the modern Left. He argues that it’s hard to make an objective or accurate assessment about Smith because people don’t necessarily agree on what it means to be on the Left or Right. Ultimately, Fleischacker decides, “…His approach to policy is far too sensitive to historical circumstances for us to know what he would favor today.” Another contributor, philosopher, and political economist James Otteson, authored a similar chapter about the Right. He explains that Smith was a champion of free markets, commerce, and a small government. More broadly, he believed people were capable of doing things on their own and government should mostly be concerned with enforcing rules and regulations. It’s largely the Right that embraces this philosophy of government. But because Smith was more interested in practical policy solutions than in ideology, it’s difficult to shoehorn him comfortably into our current political mindsets.

In one of the chapters, Douglas Irwin, professor of social sciences at Dartmouth University, examines free trade and provides an informative accounting of Smith’s trade policies. Although Smith argued forcefully against protectionism, Irwin points out that he made an exception for industries necessary for national defense. This is an important example because it demonstrates Smith’s practical nature that allowed him to be flexible regarding some of his deepest held beliefs. With today’s controversies over trade deals with countries like China, one of Irwin’s statements seems particularly relevant: “Smith believed that the dislocation of labor and capital as a result of import competition was much less of a problem than commonly imagined.” Economists and laymen alike will continue to debate the consequences of this and other policies. However, Irwin contends that because of Smith’s great influence, the free trade argument has prevailed.

Several contributors consider Smith’s influence and legacy. For example, his arguments for free trade had put pressure on the British government to dissolve the East India Company’s infamous monopoly on trade. There is no doubt Smith was ahead of his times and had influenced generations that followed him.

Adam Smith is a good way to introduce the scope of his contributions in a number of fields, including philosophy and ethics. It would be particularly helpful for students of economics, who should be exploring capitalism in considerable depth. However, all readers interested in history would gain a greater appreciation of the intellectual development of capitalism in Smith’s time and beyond.