MAIN MENU
Interview Literature William Faulkner
A prolific author of dozens of books, including Sound and the Fury, As I Lay Dying, and Absalom, Absalom, William Faulkner (1897-1962) was one of the 20th century’s most preeminent American writers. His literary contributions included poetry, novels, short stories and screenplays. He won two Pulitzer Prizes for Fiction and the Nobel Prize in Literature. 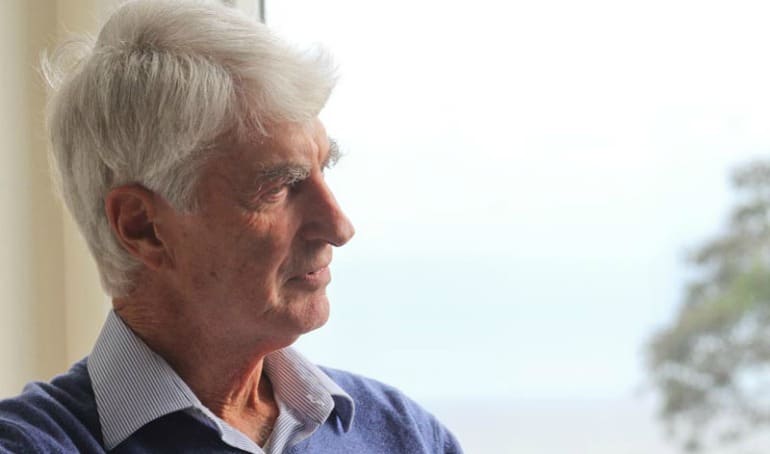 A prolific author of dozens of books, including Sound and the Fury, As I Lay Dying, and Absalom, Absalom, William Faulkner (1897-1962) was one of the 20th century’s most preeminent American writers. His literary contributions included poetry, novels, short stories, and screenplays. He won two Pulitzer Prizes for Fiction and the Nobel Prize in Literature.

Philip Weinstein is Alexander Griswold Cummins Professor of English at Swarthmore College. He teaches seminars in Modern Comparative Literature, as well as in American and British fiction. Many of his courses and publications focus on William Faulkner, along with other literary greats.

Simply Charly: You’ve written about William Faulkner in several books and even edited the Cambridge Companion to Faulkner. What first got you interested in tackling Faulkner’s life and work?

Philip Weinstein: My initial interest in Faulkner was driven by three key dimensions of his writing: his emotional intensity, his formal intricacy, and his abiding concern (shared by none of his fellow white novelists) with the fate of Southern blacks. I come from the South, some 43 years later than Faulkner. Our region has an overwhelming racial debt to pay, and Faulkner’s attempt to pay it in his own way—as a writer—moves me greatly.

SC: Along with Mark Twain, Faulkner is often credited as one of the primary American authors who helped forge a uniquely American literary voice. In what ways was Faulkner’s writing different from that of his European peers?

PW: I think it took the great European masters of the early 20th century—Freud, Eliot, Joyce—to make Faulkner’s work possible. Freud’s focus on the unconscious, Joyce’s development of the stream of consciousness, and Eliot’s post-war melancholy all reappear—transfigured—in Faulkner’s great fiction. The most salient difference from his European forebears, it seems, is his emotional intensity. His best novels, once you get into them, grab you by the throat: you find yourself wholly immersed in the plight of their beleaguered characters.

SC: During his lifetime, a good deal of Faulkner’s authorial fame arose out of the fact that he was unafraid to tackle such controversial issues as race relations and sexual abuse. What was the public reaction to novels such as Sanctuary and Absalom, Absalom?

PW: Faulkner himself thought of Sanctuary as a potboiler and he revised it considerably so it would not “shame” the two masterpieces he had just published: The Sound and the Fury and As I Lay Dying. Even so, its way of opening up “sexual abuse”—while powerful—lacks the diagnostic resonance of his treatment of race. Put otherwise, Faulkner’s exploration of race has no parallel in the 20th century white American fiction. One would not claim as much for his understanding of sexual abuse. (Sanctuary was widely read as lurid and scandalous, not as a sustained engagement with sexual abuse.)

SC: Faulkner was one of the pioneers of the “stream of consciousness” writing style. What are some other trademarks that make Faulkner’s writing unique?

PW: Stream of consciousness is indeed the trademark stylistic figure of his first two great novels—The Sound and the Fury and As I Lay Dying—but not of his later work (and most of his novels were written later). His supreme formal trait, I believe, is his way of delaying information until a later point in the narrative, when the full import of that delayed information will virtually explode upon the reader. Such delaying inevitably makes his work difficult, but it is difficult because life itself—inasmuch as it unfolds in ongoing time—is difficult. How often we recognize, later, what we were looking at earlier but not seeing: we lacked the context for making sense of it when it was happening. This is the scandal of living in time itself—a scandal that Faulkner did not invent, but one for which he invented new formal techniques to do justice to it.

SC: A good deal of Faulkner’s work, primarily those novels set in Yoknapatawpha County, dealt with the “decay of the old South.” In what ways had Southern society deteriorated during Faulkner’s lifetime? How did this affect his views on race and politics?

PW: None of Faulkner’s best work escapes the cardinal fact of Southern history: the South lost the Civil War and was ravaged by the North. Born some 30 years after that war ended, Faulkner grew up on romanticized Southern legends (some of these centering on his flamboyant great-grandfather), and his work was cut out for him: how to see through those legends, yet not simply trash them; how to see his region as caught up in a worldview that had ceased to flourish after 1865. Because he understood that worldview from inside, he never caricatured those who held it. But by the time of the Civil Rights turmoil in the 1950s, his racial politics could not abide the stance of segregationists. However, he also abhorred the thought of Northern intervention (yet again!) to impose a racial vision repugnant to the South. Thus, he saw himself as isolated, as “man in the middle”: too liberal for his Southern countrymen, but too conservative for the blacks and Northerners who wanted to end Southern segregation once and for all.

SC: The setting of Yoknapatawpha first arose in Sartoris, but Faulkner would later use it for the vast majority of his novels. In what ways was the fictional county of Yoknapatawpha inspired by the real Lafayette County where Faulkner grew up?

PW: Actual Lafayette County underlies fictional Yoknapatawpha, but—unlike Joyce in Ulysses—Faulkner invented the fictional cast of characters who would inhabit it. Faulkner’s work, therefore, has no autobiographical key. It arises from his unpredictable brooding over the realities of the world he was born into, lived in, but traveled beyond. A local “idiot” living nearby during Faulkner’s childhood eventually “metamorphoses” into the idiot Benjy Compson in The Sound and the Fury, but Faulkner has had to invent an entire rhetoric for “saying” Benjy.

SC: Faulkner once remarked that “Hollywood is a place where a man can get stabbed in the back while climbing a ladder.” What was Faulkner’s relationship like with the screenwriting industry?

PW: It was uniformly terrible—a bargain made in Hell. He was often in debt and needed the money that Hollywood could pay. Indeed, Faulkner was always bad at managing money. He was not paid well for his fiction until after winning the Nobel Prize in 1949, whereas his connection with Hollywood started as early as the mid-1930s. Few of Faulkner’s screenplays were made into movies—perhaps not surprising, given his abiding disapproval of both the film industry and the film medium itself. (This would not have mattered to film producer Sam Marx, the father of Marx Brothers, who saw in Faulkner an icon of cultural respectability  useful for burnishing his company’s reputation.)

PW: The “modern American novel” generally refers to the 20th-century fiction by American writers: a time-marker, not a genre-marker. That said, Dreiser, Crane, London, and Norris—loosely grouped as naturalists—did launch a kind of American fiction in the early decades of the 20th century that attended unsentimentally to the ravages of an economic system that seemed out of control. No more genteel tradition, no more Jamesian or Howellsian focus on delicate sensibilities finding or losing their way; instead, they tended to write fictions of bewilderment, of failure to negotiate the inhuman social machine. Faulkner largely accepted the naturalists’ critical focus on social forces constraining human endeavor. More, he was especially indebted to Sherwood Anderson, the first American novelist influenced by Freud’s darker sense of the human drama as shaped by unconscious, familial repetitions. Along with a number of contemporaries—Dos Passos, Fitzgerald, and Hemingway—Faulkner participated in turning that hard-boiled, unsentimental body of naturalist assumptions into more experimental works of art—at once aesthetically free-standing, yet laden with social critique. In their move to “make it new” (Ezra Pound’s phrase for modernist writing liberated from Victorian platitudes), this last group of novelists drew variously and creatively on European models of thought and expression—Freudian psychoanalysis, Einsteinian relativity, cubist painting, atonal music, among others—that radically changed the early 20th century conceptual and artistic landscape.

SC: Faulkner cited a few other authors as influences on his own work—Twain, Dickens, and Keats, to name a few. Who are some prominent authors you know who’ve been influenced by Faulkner in turn?

PW: First, I’d place Shakespeare and the Bible as more important influences than any of the three named above. Because of his extraordinary narrative inventiveness, he is a hard act to follow. I think that perhaps the two later 20th century novelists who most creatively bear his mark are William Styron and Toni Morrison. Styron’s Lie Down in Darkness draws heavily on The Sound and the Fury, and Morrison’s entire oeuvre involves a reckoning with (but never a repeating of) Faulknerian concerns. Her Beloved captures race as a national haunting as powerfully as Faulkner’s Absalom, Absalom had done, a half-century earlier.

SC: What are some of your own favorite Faulkner novels, and which ones would you recommend to first-time readers?

PW: I always propose starting with Light in August (1932). It is great Faulkner (half of his fiction does not rise to that level), yet it is notably easier on its reader (easier: not easy) than either The Sound and the Fury (1929) or Absalom, Absalom! (1936). In Light in August one encounters Faulkner’s signature ways of withholding information until it is ready to explode with significance, even as this was his first novel to engage American racism with unwavering seriousness. Later, Absalom and Go Down Moses (1942) would join Light in August as a peerless trilogy of novels focused on racial turmoil. Beyond the novels already named in my various remarks, I would recommend one more, The Hamlet (1940). It attends to class developments in the South more penetratingly than any of his earlier fiction did, and it shows a novelist at the top of his form.