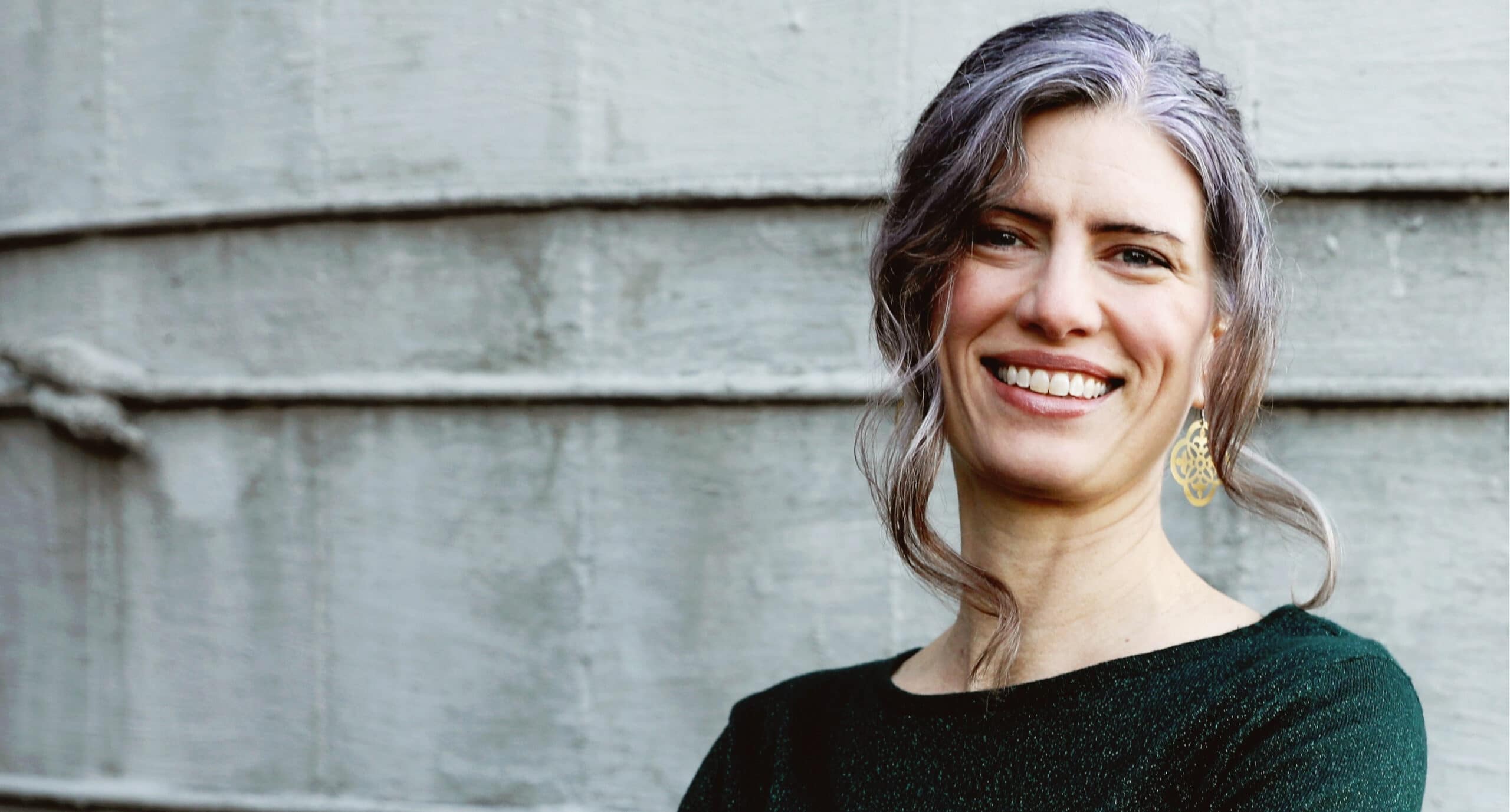 One of America’s most celebrated writers of the 20th-century, Ernest Hemingway (1899-1961) pioneered a simple and understated writing style. He was awarded both the Pulitzer and Nobel Prizes for his literary contributions.

Simply Charly: Ernest Hemingway has been getting much attention lately, mainly because of Ken Burns’ and Lynn Novick’s three-part, six-hour documentary on the acclaimed writer. As an advisor to the film, what did you make of the result? Did you feel it was an accurate portrayal of the famed writer?

Verna Kale: I thought the documentary showed how complicated and multi-faceted Hemingway was. The filmmakers didn’t make him out to be a hero or a villain or a stereotype but instead showed him as a complex human being. I also liked how the choices Burns and Novick made with images, music, and excerpts from his work made it feel like we lived a whole lifetime in three installments: viewers could feel the energy and enthusiasm the young Hemingway had that ultimately give way to the illness and struggle of the older man. And even though you get angry with Hemingway for some of his actions and statements—the team did not pull any punches—by the end, you also feel a sense of great sadness. And for me anyway, that’s how I feel when reading Hemingway’s work and editing his letters. I thought it was a very successful portrayal.

SC: You are co-editing with Sandra Spanier and Miriam B. Mandel Volume 6 of The Letters of Ernest Hemingway—a project which began almost a decade ago. Can you tell us a little about this project and how it got started? What has been your role in this series?

VK: The Hemingway Letters Project is a comprehensive scholarly edition of Hemingway’s outgoing correspondence being published by Cambridge University Press. We are particularly grateful to Hemingway’s son, Patrick Hemingway, who originally conceived a complete scholarly edition of his father’s letters and has been most generous and supportive of this effort. It is headquartered at the Pennsylvania State University under the direction of General Editor Sandra Spanier and has been going strong for close to two decades. I first joined the Project as a graduate research assistant in 2004 and returned to the Project full time as Associate Editor in 2017. Volume 5 was published in 2020, and we are currently at work on Volume 6, which covers 1934 through 1936 and will include an Appendix of earlier letters—letters that date 1933 or earlier and which came to light after the volume in which they would have been included had already been published.

SC: Hemingway has one of the most written-about lives in literature; have any surprising unknown facts about the man come to light recently during your research?

VK: There are many fresh discoveries to make in the Letters. One aspect of Hemingway’s personality that comes through is his surprising generosity. He’s often regarded as a competitive, tough guy, but the letters show how he helped his friends financially and encouraged their work. If you were a friend in trouble, he was there to help. Volume 6 shows Hemingway working at great lengths to get Spanish artist Luis Quintanilla released from prison and raise funds for him by organizing an exhibit of his etchings in New York. The Letters also show that, as a sportsman, Hemingway was the real deal. His passion for sport fishing comes through in Volumes 5 and 6. He wanted to learn everything he could about the animals and their habitat and worked with scientists from the Academy of Natural Sciences. They valued his contributions to their understanding of Gulf Stream species. They appreciated his help so much they named a species of fish after him, Neomerinthe hemingwayi! And even though Hemingway is mostly considered a fiction writer, we also see in the Letters how devoted he was to his nonfiction projects, like Death in the Afternoon and Green Hills of Africa, and I think the Letters can help readers gain a deeper appreciation for those works.

SC: One interesting topic that the Burns’ documentary covered was Hemingway’s contentious relationship with his mother. Can you elaborate a little on this?

VK: Grace Hall Hemingway was obviously an important influence in Hemingway’s early life, but their relationship grew strained. I guess it’s not that uncommon for someone who has gone to war, seen the world, and helped to popularize an avant-garde literary movement to experience some conflict with his conservative parents. That said, I find his letters to his mother reveal that he cared about his parents’ approval early in his career and that he was committed to looking after the family financially after he found success. I also think it’s vital to note that Grace’s influence on Hemingway—filling his childhood with music, literature, and the performing arts—was significant to his development as a writer.

SC: In contrast, what was his relationship like with his father?

VK: Clarence Hemingway is more of a mystery to me than Grace, but he is undoubtedly responsible for Hemingway’s interest in the natural world and scientific inquiry. I think the way Nick Adams’ father is portrayed in Hemingway’s short story “Fathers and Sons” which is an elegiac account of a flawed but beloved man, largely shaped my view of Clarence. I’m very interested in the subject of Hemingway and parenthood—his relationship with his parents and siblings, as well as his relationship with his sons. It’s not as simple as it seems, and those complex nuances come through in his letters.

SC: Within the last few years, a spate of books covering Hemingway’s complicated relationships with women have come to market. Why the sudden interest in this area? And can you give us some insight?

VK: I think people have always been interested in Hemingway and women. Hemingway had such a fascinating life, and throughout his life, he always had a woman at his side. People want to know more about that. For a while, there was, understandably, some backlash by critics who saw Hemingway and his work as anti-feminist. But with new ways of understanding his fiction, including his unpublished manuscripts, and with greater access to his private life through his letters, people have re-examined Hemingway and found much more to discover than the masculine icon that earlier generations of readers thought they understood.

SC: Before his untimely death by suicide, Hemingway suffered nine major head traumas or concussions during various points of his life, which may have incapacitated his brain. Yet, he was routinely treated for depression, receiving electroconvulsive therapy to improve his presumed illness of depression and related psychosis. Some say his family history of depression contributed to his death. In contrast, others point to chronic traumatic encephalopathy (CTE)—the brain disease caused by repeated blows to the head—as the root cause. Do we know today what contributed to his death?

VK: Well, I’m not that kind of doctor, so it’s hard to say. When I was teaching freshman composition classes, many of my students wrote research papers on concussions and NFL players. As I read their papers, I pondered how eerily the NFL players’ symptoms seemed to match the decline Hemingway experienced later in his life. I speculated in my book that he might have suffered from CTE, and an actual medical doctor who has treated patients with CTE, Andrew Farah, has explored this idea at length. There were other factors, too, that may have led to his death. As Susan Beegel has pointed out, after the Bay of Pigs incident in April 1961, Hemingway must have realized he had lost forever his Cuban home, his friends, his possessions, and the writings that were in the bank vault there. He was struggling to write. He had suffered physical and emotional trauma in his life. All of this likely contributed to his final action.

SC: After the next series of Hemingway’s letters are released, do you have plans for a new Hemingway book based on your research?

VK: The projected end date for the Hemingway Letters Project is 2043, so I think the Letters will keep me busy for a while!

SC: Hemingway has been an enduring literary figure since he blazed onto the scene in the early part of the 20th century. What do you feel is his lasting legacy?

VK: One reason Hemingway remains relevant is that his writing holds up to scrutiny no matter what critical lens you bring to it. This is no accident. Hemingway resisted trends of politics and language. As he explains in Death in the Afternoon, Green Hills of Africa, and elsewhere, he tried to get down to the fundamental truths in his work, depicting people and places as they really are. His famously spare prose reflects that. The result is that the work becomes timeless. You can read it and explore any topic you want: gender, sexuality, race, the environment. To paraphrase another enduring American writer—he contains multitudes.