The Curvature of Spacetime: Newton, Einstein and Gravitation 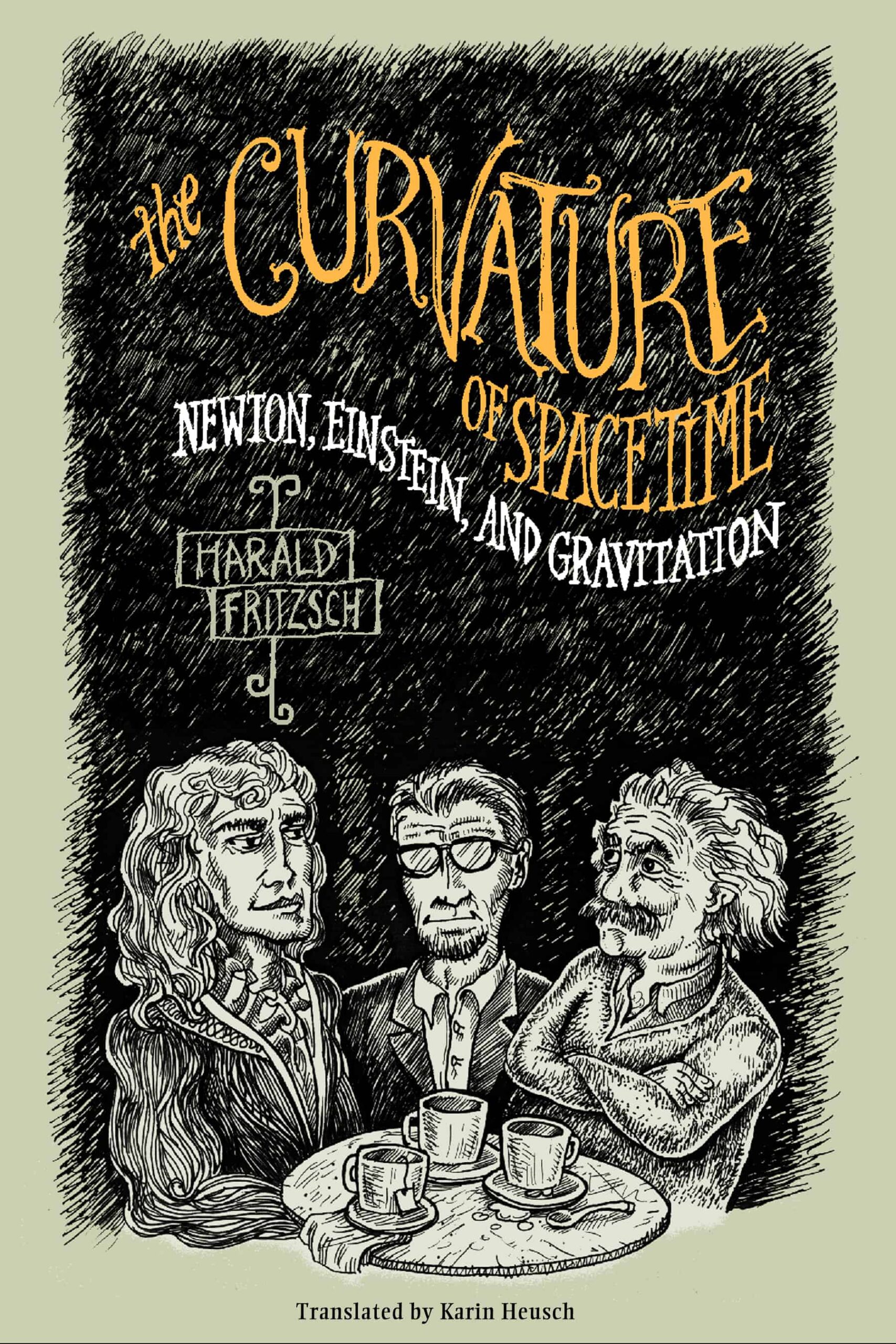 The Curvature of Spacetime: Newton, Einstein and Gravitation

In the late 1970s, Steve Allen hosted a show on PBS called “A Meeting of Minds.” Its format was a talk show bringing together renowned historical personalities, portrayed by actors.

Similar in concept is the format of Harald Fritzsch’s “The Curvature of Spacetime,” which is presented as an imaginary dialogue set in 1996 among Sir Isaac Newton, Albert Einstein, and a third—fictional—character named Adrian Haller, a modern-day physicist who is essentially a stand-in for the author, a renowned German physicist.

Unlike Allen’s TV show, however, this book makes little attempt to delve into the personalities of the real people involved. Rather, Haller’s role is to bring the two scientists, and the reader, up to date on the experimental and theoretical discoveries made since their times. The author used the same format in a previous book, “The Equation that Changed the World,” so this volume can be seen as a sequel of sorts. However, it’s not necessary to read that earlier book to delve into this one.

Together, the three men discuss the implications of Einstein’s equations, along with modern quantum physics, on our view of the nature of the cosmos.

The dialogue format, liberally peppered with illustrations, makes for a quick if not a simple read. The discussion can get extremely esoteric and complex, despite the author’s expressed wish in the introduction: “May this book contribute to the incorporation of Einstein’s ideas into our more general culture, and not just into the experts’ domain of knowledge.” The success of this effort is mixed.

Lay readers will find their eyes glazing over when the narrative goes into complex mathematics. Further, they may wonder how well these formulas can be expressed when spoken aloud in a casual conversation since it’s hard enough to follow them in the text. In these cases, the dialogue format becomes questionable.

More enlightening are the thought experiments. The discussions—for instance, of a light beam passing through an elevator in free-fall—are much easier to follow. Some may already be familiar to readers. The description of two-dimensional beings unable to fathom a third dimension naturally brings to mind Edwin Abbott’s “Flatland.” This classic book is often referenced, as it is here, as a way to describe by analogy our own difficulty in envisioning the four-dimensional spacetime that is out of our realm of experience as three-dimensional creatures.

Also of interest are descriptions of real-life experiments that have served to confirm Einstein’s theory. These included such clever efforts as taking advantage of a solar eclipse to watch for the bending of light from a distant star as it passed the sun.

Interestingly, the conversations are interspersed with breaks describing the protagonists going for lunch or a walk or, in one case, a sailboat ride on a lake near Einstein’s summer home in Caputh, Germany. These interruptions give the reader a chance to take a mental breather from all the heavy thinking going on. The reader might wonder if the breaks could serve a dual purpose, for instance, if the path of the sailboat illustrated the various possible shapes of spacetime curvature that had been discussed. But this doesn’t appear to be the case. Lost to the modern-day reader are some references the Haller character makes about the “latest discoveries.” Because the original edition of this book was published in German in 1996 and English in 2002, parts of it are already out of date. Haller speaks of waiting to learn what would be found with the “new” Hubble space telescope and with the Large Hadron Collider (LHC), the world’s largest atom-smasher, which was then still under construction at CERN in Geneva. (You may recall that it made the news last September when it fired a beam of protons inside a 17-mile long tunnel under the Swiss-French border. Many people were worried that the high-energy particle collisions could accidentally create a “strangelet” or mini-black hole that would swallow the Earth in a kind of cosmic Big Gulp. No such catastrophe happened so far, but the LHC’s operations were suspended, until at least July 2009, due to a serious malfunction.)

An astute reader may also wonder about the absence of certain concepts such as string theory for describing the creation of various subatomic particles. Could this be because this theory may conflict with the author’s own conjecture regarding the particles’ creation from Higgs fields, as presented in the form of a lecture delivered by the Haller character?

And although the book tests the waters of the possible synthesis of quantum and relativity theories into a grand unification theory, it never jumps into the deep end of the pool. This may be a good thing if you want to keep the discussion on what is truly known, but the characters themselves comment that conjecture is healthy in the field of inquiry.

If there’s such a thing as a “casual” follower of cosmology, who wants to take the next step beyond Carl Sagan’s “Cosmos” (the most user-friendly explanation of the universe so far), he or she may benefit from the format and tone of “The Curvature of Spacetime.” Just beware of glazed-over eyes.