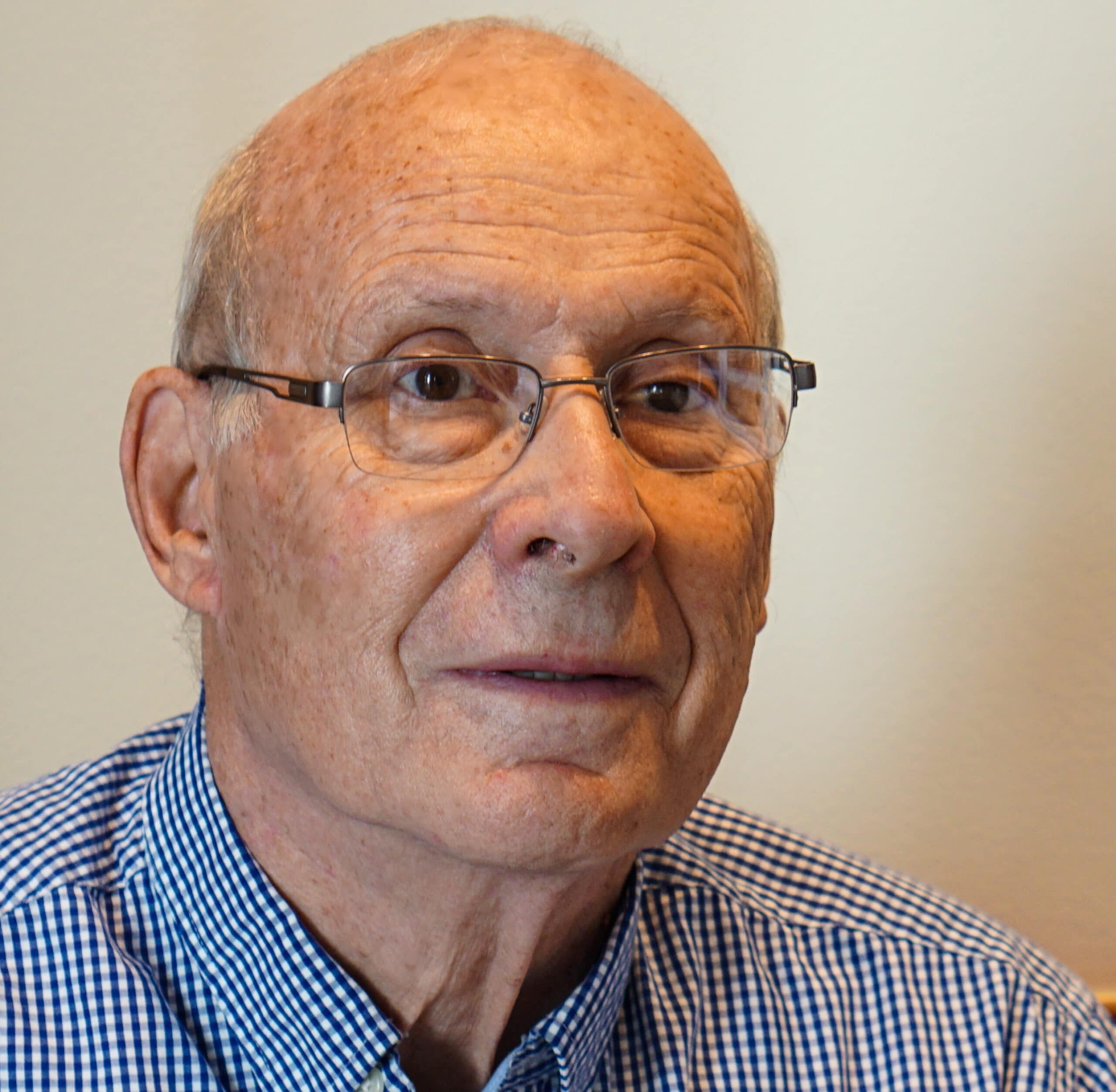 One of America’s most celebrated writers of the 20th-century, Ernest Hemingway (1899-1961) pioneered a simple and understated style of writing. He was awarded both the Pulitzer and Nobel Prize for his literary contributions.

Simply Charly: You have a forthcoming book on Ernest Hemingway for Simply Charly’s Great Lives series called Simply Hemingway. As one of the most written about literary lives in history, do we need another book on this acclaimed writer? Or is there still much more to discover?

Peter Hays: Hemingway rarely proselytized. Having lived through the propaganda surrounding the First World War, he eschewed editorializing. Aldous Huxley said of Hemingway’s writing, the meaning is all in the white spaces between the lines. A lot is open to interpretation. In addition, he was trained as a journalist, and he reported what he saw. So, we can now interpret his writings about racism—not only Hemingway’s own, but also the country’s—ecological concerns, economic concerns. And sexual concerns: he wrote what was probably the first date-rape story in America, also about abortion—and both from the woman’s perspective.

SC: What sparked your interest in Hemingway? And how has he influenced your own work?

PH: I liked his spare style and his Existentialist philosophy. As for my own work, most of my academic papers tend to be short notes rather than long disquisitions. I’ve thought that pointing something out should be sufficient for those familiar with the texts I comment on without belaboring the point.

SC: Hemingway was famous for his clear, simple, and unadorned writing style at a time when others like James Joyce, Virginia Woolf, and William Faulkner were heading in the opposite direction. As Tobias Wolff puts it in the recent Ken Burns documentary, Hemingway “rearranged the furniture in the room,” and every writer who came after him had to either consciously embrace or reject his style. What were the characteristics of Hemingway’s signature style, and how did he develop them?

PH: The Kansas City Star’s style sheet said: “Use short sentences. Use short first paragraphs. Use vigorous English.” Ezra Pound told him to beware of adjectives; Gertrude Stein told him to simplify. All of these forces worked on him, as well as his reaction to the sentimentality and editorializing of Victorian writers. And, finally, when he began publishing, the century was speeding up—automobile, airplane, telephone, movie, radio. Parents no longer assembled children and read from the Bible to them or from some family-approved novelist, like Dickens or Frances Hodgson Burnett (author of best-selling Little Lord Fauntleroy). People no longer had the leisure or patience to plow through long, convoluted sentences by Henry James.

But it’s wrong to think that this style was his only one. There’s a two-page sentence in Green Hills of Africa. Novels after The Sun Also Rises grow increasingly loquacious until The Old Man and the Sea.

SC: Do you think his training as a cub reporter with The Kansas City Star cemented the style he was eventually to develop as a novelist?

PH: Cemented, no, but contributed. He was also a foreign correspondent for the Toronto Star, and for both papers, he wrote human interest pieces: how people looked, reacted, and felt.

SC: Who were some of his earliest influences that inspired him?

SC: When we examine Hemingway’s own editing, what lessons can we draw from it?

PH: He stated he wanted to get the sequence of motion and fact that made each emotion, and he largely succeeded. The editing of his own works until WWII worked in that direction, creating memorable scenes that were left for readers to analyze and interpret. After he suffered serious concussions in the war and in two plane crashes afterward, his editing ability fell apart. After The Old Man and the Sea (1952), nine years before his death, he could not bring a single book to publication, although he worked on at least four of them.

SC: Ernest Hemingway was already well-known among the literati when he published The Sun Also Rises in 1926. But it was A Farewell to Arms published in October 1929, that made him a celebrity. What was it about this book that captured the attention of a wider audience?

PH: Initial reviews of The Sun Also Rises praised the style but dismissed the characters as a disreputable bunch of drunk layabouts. Few saw the story as Jake’s efforts at self-control and self-discipline about his inability to have Brett, in contrast to the remarkable self-control of the bullfighter Romero. It’s a post-war study of character: Jake’s, Brett’s, Robert’s, and Michael’s, of the Lost Generation. In contrast, Farewell to Arms is a love story, one where sex was possible—unlike The Sun Also Rises—and banned in Boston because of it. It’s a romantic tale, Hemingway’s Romeo and Juliet. And, luckily, it was published just before the crash of 1929 and made into a movie with Gary Cooper and Helen Hayes, as The Sun Also Rises could not be at the time (and even the 1957 version avoids direct mention of Jake’s sexual wound).

SC: From that point on, Hemingway’s celebrity took on iconic dimensions. Can you give us some insight into what fueled his meteoric rise?

PH: The most successful authors at the time—Edith Wharton, Willa Cather, Edna Ferber, Anita Loos—were all women, and women were their major audience. Male writers were looked upon as effete, narrow-shouldered, thin-wristed weaklings. Hemingway played up his image as a war veteran—the first American to be wounded in Italy and survive—as well as his boxing, hunting, and fishing interests. He emphasized those aspects of his life—the bullfighting, big-game safaris, deep-sea fishing—and downplayed his sensitiveness and erudition. As such, he could—and was—read by men, and he became a staple of both gossip columns and the men’s magazines of the 50s and 60s. As women gained political and economic power, entering WWII factories to replace men, males strove to recapture their former (image of) dominance. David Earle has a book, All Man!, about these men’s magazines, subtitled “The Male Persona,” and Hemingway’s frequent appearance in them as an icon.

SC: Do you think Hemingway got swept away in all the adulation he received worldwide and that it eventually led to his untimely death?

PH: It wasn’t the adulation. Hemingway had no ticker-tape parades or footprints in front of Grauman’s Chinese Theatre; he lived in Cuba for 20 years and then Idaho, where there were fewer paparazzi than in New York or Los Angeles. He didn’t go to Sweden to accept his Nobel Prize. It was in part the image of the all-powerful alpha male that he had created—which helped to sell his books—which he could no longer live up to in his 50s. But more importantly are the illnesses he suffered from—a depressive disease he inherited from his father, possibly bi-polar depression; many severe concussions, beginning with being blown up in Italy, driven into a water tank in London (57 stitches to close the head wound), and two successive plane crashes in Africa; plus alcoholism. The Mayo Clinic misdiagnosed the depression and improperly treated him, and did not consider the concussions at all. The electroshock therapy destroyed his memory, leaving him with nothing to write about.

SC: What would you consider Hemingway’s lasting legacy?

PH: Several. He, as Toby Wolff said, rearranged the furniture in the room for writers. There no longer had to be long, involved, complicated sentences such as those of Henry James or Edith Wharton. They could be short and allusive rather than overbearingly comprehensive. Equally important, he did not need to tell his readers everything that happened internally to each character; he could describe the situation and let the reader imagine how they would feel in such circumstances.

Similarly, there is no painted moral to the story; there are actions that occur which are described, and we—the audience, the readers—must decide what they mean, which is why there are so many interpretations of Hemingway. His vivid scenes and descriptions capture our attention and delineate a situation; the rest is up to us. Additionally, there is also an accurate portrayal of life in America (or France, Spain, Africa, Cuba) that tells us, with selection but without comment, how people lived and thought, whom they admired, whom they hated. And finally, he left us with some unforgettable stories and novels that will be with us as long as people read fiction.