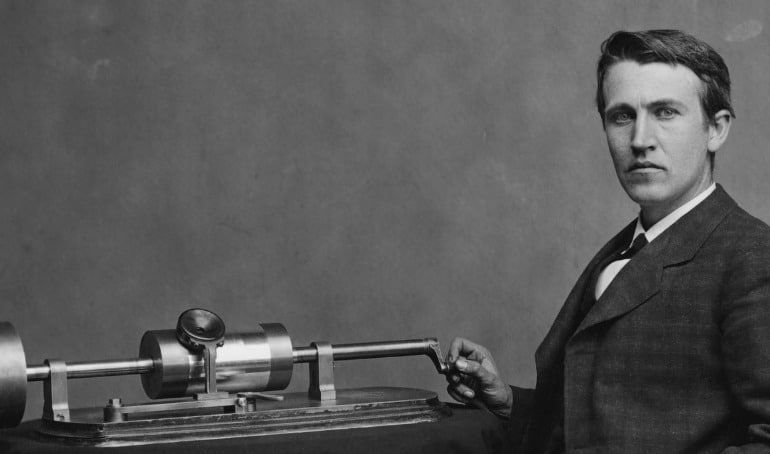 Earlier this week, Google announced the beginning of its 2014 competition for students to create a new Google doodle—occasional changes made to the company’s logo to celebrate and commemorate important events.

The title of this year’s contest is: “If I Could Invent One Thing to Make the World a Better Place…” This call to action requires lots of creativity and imagination—not to mention some clever out-of-the-box thinking that has been the hallmark of all inventors.

Interestingly, the start of the competition falls only days before the 167th anniversary of the birth on February 11 of one of the most famous inventors in history. Thomas Alva Edison (1847–1931) did make the world a better place long before Google had come into existence.

It is fitting that the prolific American entrepreneur was born right in the middle of the Industrial Revolution (1820–1870) because his inventions—the telegraph, phonograph, and the electric light bulb, among others—reflected the advancing technology of the time.

Now, Edison did not actually invent the light bulb, as many people believe. It was the brainchild of an English chemist, Humphrey Davy, who had created the first electrical light in 1806. Many others worked on this concept throughout the 19th century, but Edison developed the first functional incandescent lighting system, including a generator, wiring, and a carbon-filament bulb.

Embed from Getty Images
You may not think of the humble light bulb as an important invention, but it is. Without it, we would still be using oil lamps and candles, and living, literally, in the dark.

In fact, thousands of inventions, which we tend to take for granted because they are such an integral part of our daily lives, have changed the world. There was the printing press, telephone, combustion engine, television, automobile, airplane, computer and The Internet, among others. But have you ever taken the time to think about how your shoelaces, buttons, toothbrushes, and any other objects you use every day came to be? Big or small, each item had to be invented by someone at some point in history.

No matter how diverse, all these objects had been created thanks to their inventors’ vision and tenacity—not getting discouraged but seeing each failed attempt as a useful learning experience and a stepping-stone to success. As Edison famously said: “I have not failed. I’ve just found 10,000 ways that won’t work.”

While the necessity may indeed be the mother of invention, so is ingenuity. Here, again, let us be inspired by Edison’s insight: “Inspiration can be found in a pile of junk. Sometimes, you can put it together with a good imagination and invent something.”

There’s no need to re-invent the wheel, obviously. But there’s no reason you shouldn’t take an existing concept and improve upon it. You can call this your own “light bulb moment!”