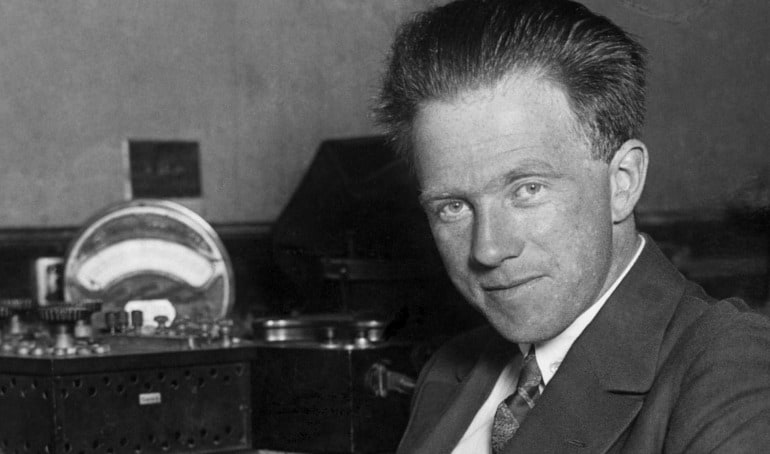 Shadow of a Doubt: Unanswered Questions About Werner Heisenberg’s Wartime Past

If there were just one word to describe German theoretical physicist and Nobel laureate Werner Heisenberg (1901–1976), it would be “uncertainty.”

In 1927, Heisenberg formulated one of the most famous ideas in physics: the uncertainty principle. As he himself explained it, “the more precisely the position is determined, the less precisely the momentum is known in this instant, and vice versa.”

Arguably, the concept is complex for anyone unfamiliar with the field of physics, but it is one of the cornerstones of quantum mechanics, to which Heisenberg had made significant contributions.

But there is also another area of Heisenberg’s life that, to this day, remains “uncertain”—his role in the German atom bomb project.
During WWII, Heisenberg was one of the leading scientists at the so-called “Uranium Club,” whose goal was to develop nuclear weapons for the Nazi regime. Thankfully for the Allies, Germans did not manage to produce the atomic bomb before the war’s end. But because of the nature of Heisenberg’s work, there have been questions about his loyalty to Hitler’s regime.

There is no clear answer to this question. Some claim the physicist was an ardent German nationalist who refused to leave the country when Hitler took power and, subsequently, became the mastermind behind the bomb project. But his son, Jochen, also a physicist, defends his father’s decision to remain in Germany, saying his reasons were of humanitarian nature: “He thought it would be proper to stay and form pockets of decency, reducing the influence of the Nazis on these pockets.”

Heisenberg’s other defenders argue that he actually thwarted the project, deliberately misleading the government about the feasibility of constructing such a weapon. “The idea of putting an atomic bomb in Hitler’s hand was horrible,” he said after the war.

Then there are those who say the failure to build a bomb can be traced to Heisenberg’s inability to do so. They refer to secret recordings made in 1945 when he and other “Uranium Club” scientists were interned at an English manor called Farm Hall. In one of the tapes, it became evident that the reason Heisenberg did not complete the project was that he could not figure out the intricacies involved in constructing such a weapon of mass destruction.

This contention is also refuted by Jochen. “Many people like to believe my father was trying to build nuclear weapons but failed,” he says. “They like to believe this in spite of all the documents showing otherwise.”

Nearly 40 years after Heisenberg’s death, his role in the construction of the atomic bomb is still shrouded in uncertainty.