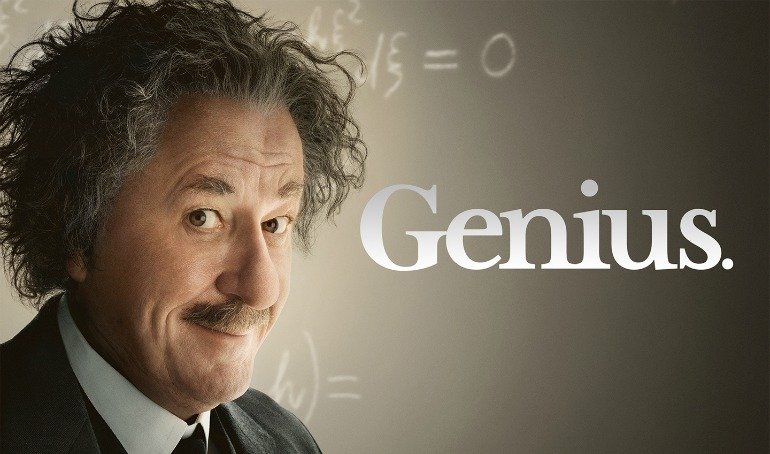 Not Just A Theory: Einstein’s Star Power Really is Massive

Albert Einstein was an explorer and discoverer of sorts, so perhaps it is fitting that National Geographic Channel has dedicated its newest series to the brilliant physicist (1879-1955).

Aptly named “Genius,” the 10-part program traces Einstein’s life from his modest beginnings in Germany to the global fame he achieved later in life.

This new show, however, is not the first one featuring Einstein. There have been numerous portrayals of the famous scientist on TV and in films, including “Young Einstein” (1988); “Einstein Revealed” (1996); “Einstein’s Big Idea” (2005); “Inside Einstein’s Mind” (2015), and others.

But as entertaining as they are, film versions of the physicist’s life are invariably fictionalized to a certain degree. For the factual representation of his early life and work, a wonderful source is an online archive, which compiles 5,000 searchable documents from the first 44 years of his life.

There is no doubt that Einstein was an acclaimed physicist in his own time—a Nobel Prize laureate as early as 1921, for his discovery of the law of the photoelectric effect.

But it wasn’t until after his death that his fame reached enormous proportions, both in mainstream and pop culture. In 1999, TIME Magazine celebrated the physicist as the Person of the Century,  “the embodiment of pure intellect, the bumbling professor with the German accent, a comic cliché in a thousand films.”

And as recently as last year, he inspired an eponymous tabletop game.

Of course, we can’t know how Einstein would feel about his posthumous fame, which far exceeded the realm of physics. But perhaps a line from a letter he wrote to his friend Heinrich Zangger in June 1922, answers this question: “Worshipped today, scorned or even crucified tomorrow, that is the fate of people whom—God knows why—the bored public has taken possession of.”

So we can take it from Einstein himself: fame really is relative.