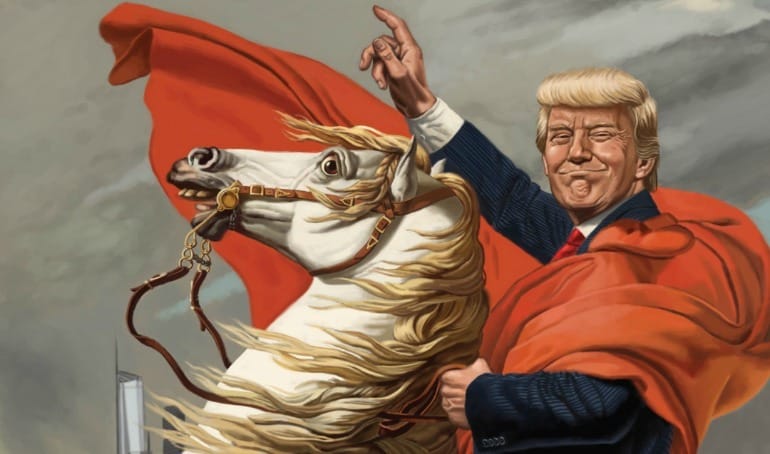 Making History: The Day When Napoleon and Trump Rose to Power

Whoever said that history keeps repeating itself was right—at least judging by past week’s events.

When Donald Trump was elected President of the United States in the early hours of November 9, 2016, very few—if any—people remembered that on that very same day 217 years earlier, another politician, French military leader Napoleon Bonaparte, made history of his own.

On that day in 1799, Napoleon (1769-1821), who had recently returned victorious from the Egyptian campaign (where he fought for domination over British trade routes), seized power as the First Consul of France, an event that ended the French Revolution. As Consul, he became the head of the government, crowning himself emperor four years later.

The rest of Napoleon’s life and reign are well-known: he went on to conquer much of Europe, expanding his empire across the continent, before being defeated at Waterloo by the British in 1815, and dying in exile six years later.

Although the emperor’s ambition, brashness, and the tendency to aggrandize are notorious and may spark comparisons with the U.S President-elect, the fact is that Napoleon’s life and career were much different from Trump’s.

Born on the occupied island of Corsica, Napoleon trained to be a soldier, climbing through the ranks to become one of the world’s greatest military leaders. However, even though his rule was self-appointed, he did implement many reforms in politics and education, which benefitted France and Europe.

Can two similar events that occurred on the same day more than 200 years apart be coincidental, or are they part of some pre-destined design? That is a topic for another discussion, but November 9 will forever be etched in history books as the milestone in French and American politics alike.