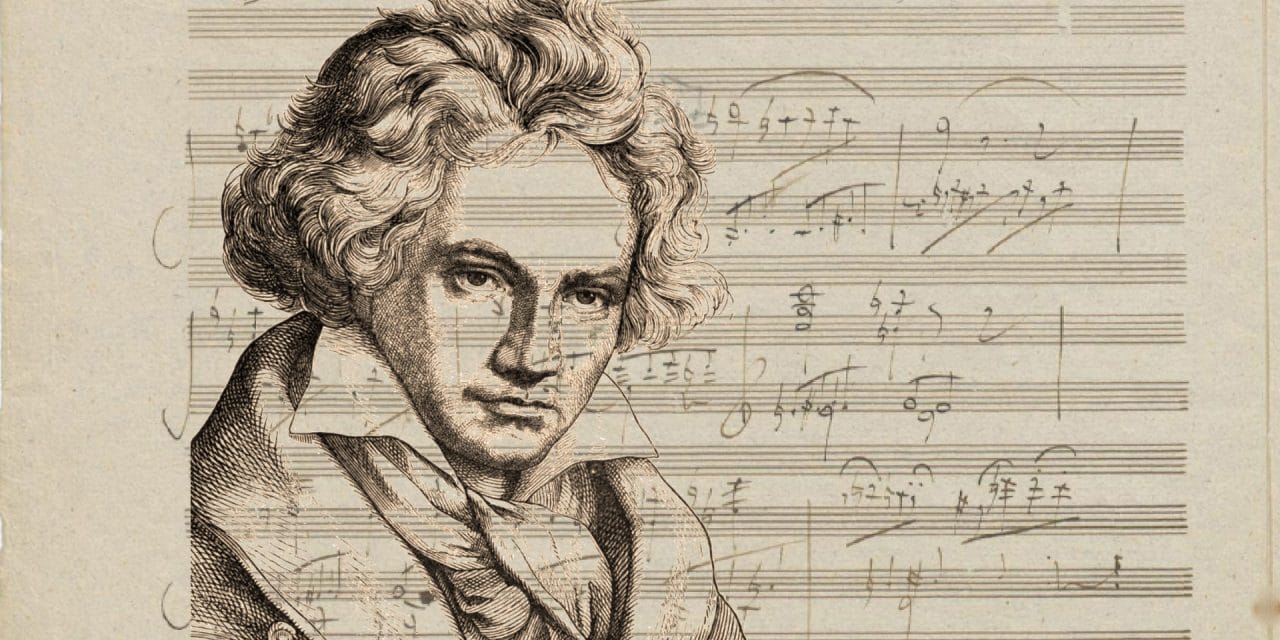 It is said that before composing, Ludwig van Beethoven  (1770–1827) had a habit of dipping his head in cold water. We can’t be sure whether this tidbit is true or merely an invention of the 18th-century rumor mill. But this much we do know: regardless of whether he was cool or hot-headed while he wrote, Beethoven’s music has remained among the greatest and most influential of all time.

Another thing that remains elusive about the German composer is the exact day of his birth. However, historical records indicate that Beethoven was baptized on December 17, which means he came into the world just days before—it was a common practice in the 1700s to christen newborns within a week of their birth. So this month marks the 250th birthday of the prolific composer who wrote nine symphonies, 32 piano sonatas, one opera, five piano concertos, and numerous chamber works.

One of Beethoven’s most famous compositions is arguably the final movement of his Ninth and last Symphony, the “Ode to Joy.” Its rousing and uplifting music is remarkable, especially considering that while he was working on this masterpiece from 1818 to 1824, Beethoven was almost deaf.

Given the courage and resilience involved in the making of this symphony, it is no wonder that the “Ode’s” stirring sounds have left a lasting legacy that extends far beyond the world of music, having provided strength and inspiration in times of both triumph and turbulence. In 1971, for instance, the Council of Europe—and subsequently the European Union—chose this piece as Europe’s National Anthem.

And in 1989, Chinese students protesting their government’s oppression in Beijing’s Tiananmen Square were blasting recordings of the “Ode” from loudspeakers.

Whether seen as the symbol of solidarity, freedom, or hope for the future, the universal appeal of Beethoven’s famed symphony goes to prove that a thing of beauty really is a joy forever.