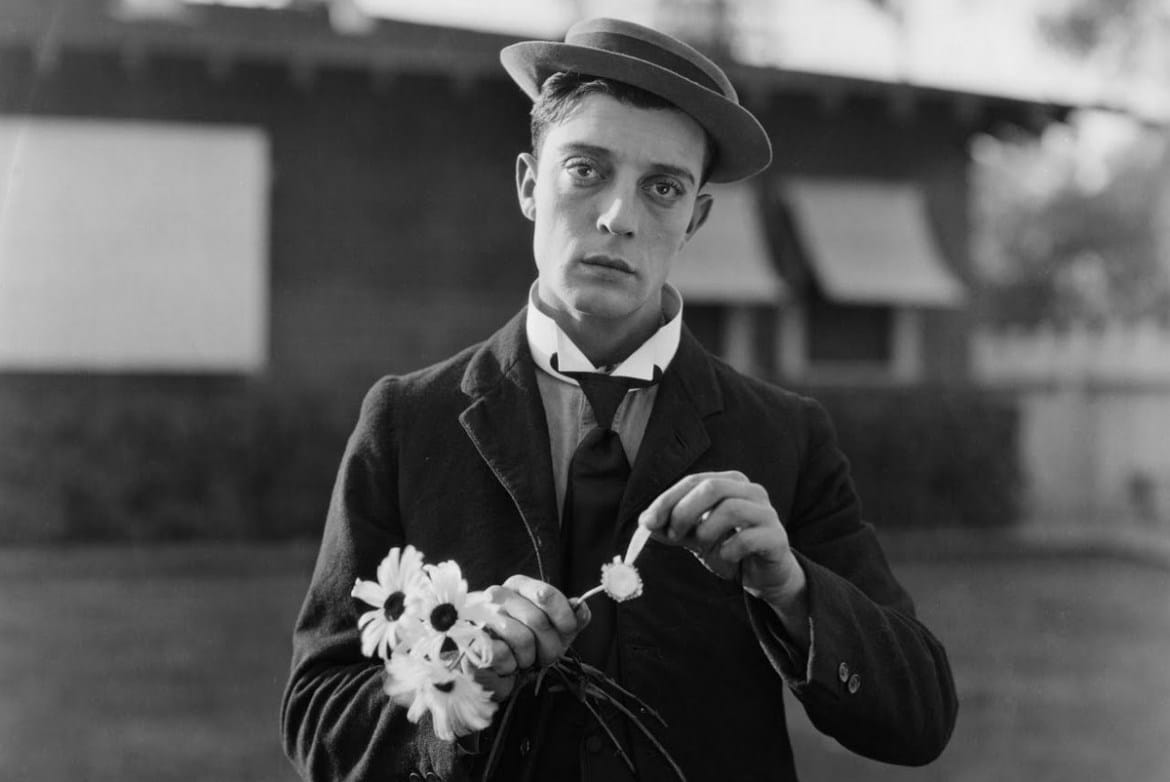 Busting the Buster Myth: To Buster Keaton, Comedy was a Laughing Matter

Few would disagree that Buster Keaton (1895-1966) was one of America’s greatest comedians of the silent film era: the fast-paced slapstick in all his movies was ingeniously hilarious, in sharp contrast with a sad-looking expression that earned him the nickname of “The Great Stone face.”

Then, as now, many moviegoers believed that Keaton, who died 53 years ago on February 1, never smiled. But according to The International Buster Keaton Society https://www.busterkeaton.org, this is not true.

In fact, “Keaton laughed or smiled in almost all of his early film appearances with his friend and mentor, Roscoe “Fatty” Arbuckle,” the organization stated on its website. “He was particularly animated in Coney Island, Goodnight, Nurse!, The Rough House and the recently rediscovered Oh, Doctor! Later on, there’s a broad Keaton smile at the finale of the 1934 French film Le Roi des Champs-Elyseés and another in the 1944 film San Diego, I Love You.”

So why did the great comedian perpetuate his somber look? According to the organization, it was just a shtick: “The Great Stone Face was a theatrical contrivance—nothing more, nothing less. It worked for him, and so he continued it.”

Away from the cameras, however, Keaton cracked many a smile. Bartine Burkett, Buster’s leading lady from “The High Sign” (1920), recalled in an interview: “We’d be right in the middle of a take, and he’d think of something funny. He’d ruin the take, and we’d have to do it over again. But he laughed at everything very easily, and it was hard for him to be so solemn.”

Serious or funny, Keaton himself once explained the duality of his persona: “No man can be a genius in slapshoes and a flat hat.”