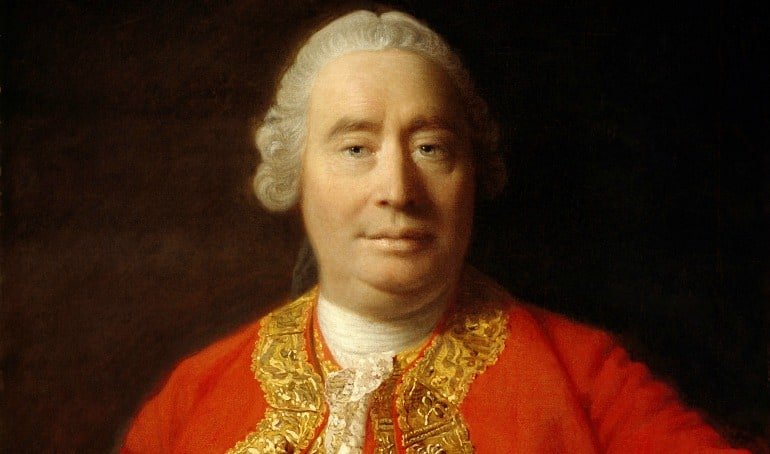 A New Look At David Hume: Book Explores the Life of The “Enlightened” Philosopher

A new volume recently joined numerous other books penned over the years about the Scottish philosopher David Hume (1711-1776).

Published by Cambridge University Press, the new work, titled simply Hume: An Intellectual Biography, was written by James A. Harris, who teaches History of Philosophy at the University of St. Andrews in Scotland. It is, according to an Amazon.com review, “the first book to provide a comprehensive overview of the entire career of one of Britain’s greatest men of letters.”

Hume was an important part of the Scottish Enlightenment and, along with other great thinkers of his time, played a key role in the 18th-century movement characterized by intellectual and scientific accomplishments.

The underlying tenet of the Enlightenment—also referred to as “Scotland’s Golden Age”—was the freedom of thought and expression, which spawned some hotly debated and often controversial ideas.

A rationalist and empiricist, Hume fit in well within this intellectual context. He was a skeptic who questioned many deeply entrenched beliefs and doctrines. He often asked, “Upon what impression received by the senses does this concept rest?” If no satisfactory answer was found, he urged that the improvable concept be “committed to the flames.”

In his 1739 book, A Treatise on Human Nature, Hume argued that proof was needed to establish any truth, including the existence of God.

Nowadays, intellectual, scientific, and other pursuits are grounded in this principle. In Hume’s lifetime, however, the idea was not well received, especially since it challenged mainstream religious beliefs.

One of the most vocal opponents of Hume’s skepticism was another 18th-century Scottish philosopher, Thomas Reid, who argued that rational thought was rooted in common sense, not empirical proof.

Today, more than 200 years later, Hume’s thoughts continue to influence philosophers, historians, scientists, and other thinkers around the world. And that kind of far-reaching impact is exactly what Hume himself had predicted: “When I shall be dead,” he wrote, “the principles of which I am composed will still perform their part in the universe.