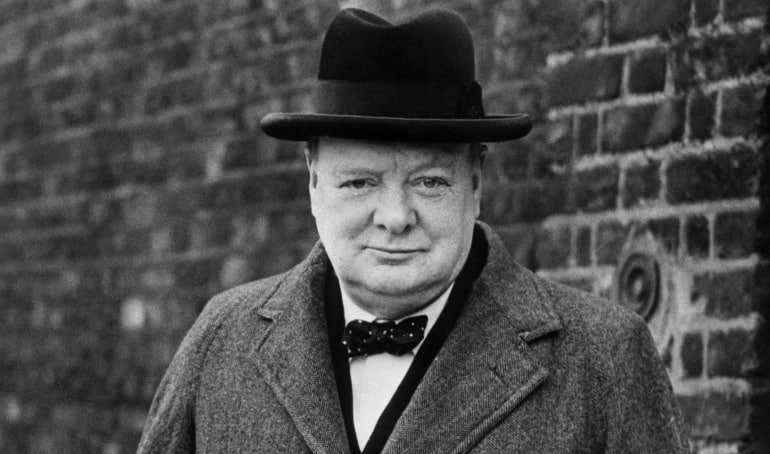 Of all the 20th century statesmen, dead or alive, Sir Winston Churchill (1844–1965) was the quintessential “Renaissance man.” Though he went down in history as Great Britain’s Prime Minister during WWII, he was also an avid painter, Nobel Prize-winning author, and impassioned orator.

No wonder this larger-than-life figure is the topic of a new Netflix series now being filmed in England for a 2016 release. John Lithgow is playing the lead role in the 10-episode “The Crown,” which will examine Churchill’s role during the post-war period.

The first five years of Churchill’s tenure, from 1940 to 1945 (he served again from 1951 to 1955) were indeed tumultuous. With England on the brink of war, Sir Winston gave a stirring speech before the House of Commons, vowing to fight against the enemy “by sea, land and air, with all our might and with all the strength that God can give us; to wage war against a monstrous tyranny, never surpassed in the dark, lamentable catalogue of human crime.” Britain’s goal, he added, was “victory at all costs, victory in spite of all terror, victory, however long and hard the road may be; for without victory, there is no survival.”

As it turned out, the war was disastrous for England. As German fighter planes bombed the country in July and August of 1940, killing civilians and decimating entire cities, Churchill promised to fight back. He was planning an “absolutely devastating exterminating attack by very heavy bombers from this country upon the Nazi homeland.”

Those were not just empty promises, as is often the case with politicians. Churchill persuaded U.S. President Franklin Roosevelt to provide ammunition, guns, tanks, planes, and other war supplies to the Allies, and ordered a retaliatory air strike on Berlin, which became known as the Battle of Britain and eventually paved the way for peace.

Today, that spirited courage in rallying Britain to victory is still remembered as Churchill’s “finest hour.”