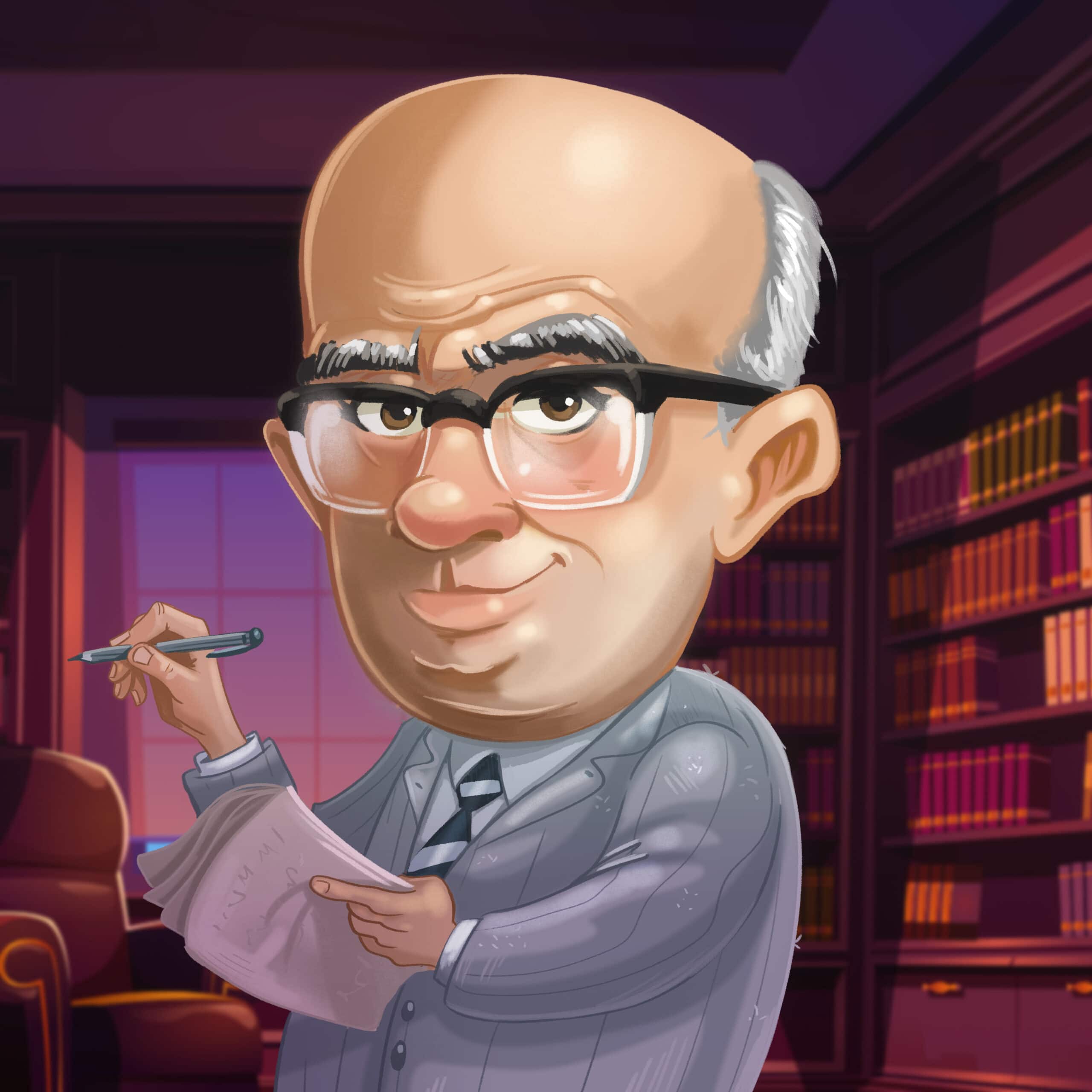 Theodor Adorno was a towering figure in German and American intellectual life. As one of the key members of the group of scholars known as the Frankfurt School, Adorno played a crucial role in the development of critical theory and the critique of the mass media, famously popularizing the term “the culture industry” to describe the standardization and commodification of the arts in contemporary society. His philosophical writings and his critique of fascism remain extraordinarily influential, and an increasing number of writers acknowledge how prescient he was in diagnosing the tendencies in modern life that lead people to embrace authoritarianism and conformity.

Born into a middle-class Frankfurt family in the early years of the 20th century, Adorno was the only child of an assimilated Jewish father who was a wine merchant and a Corsican Catholic mother who, along with her sister had performed professionally as a vocalist. The infant Theodor Wiesengrund, as he was known at birth, would go onto have a life so full of experiences and rich with identities so as to defy the idea of simplicity.

As a child, Adorno learned music from his mother and aunt, and he read Kant’s First Critique with Siegfried Kracauer when Adorno was a teenager and Kracauer was in his 30s. Initially pursuing a career as a composer, in the 1920s the young Adorno studied composition with Alban Berg in Vienna and encountered Arnold Schoenberg and his circle at the height of the development of “modern” music. Rather than continuing his musical studies and a budding career as a music critic, Adorno returned to his initial training as a philosopher at the University of Frankfurt, writing his Habilitationschrift (dissertation) on Kierkegaard’s aesthetics. The young scholar affiliated himself with the Institute for Social Research at the University in Frankfurt and began a lifelong professional collaboration with the institute’s eventual director, Max Horkheimer. During this time, he also cultivated a relationship with the philosopher and social critic Walter Benjamin that stands as one of the great intellectual friendships of the 20th century. Adorno left Germany in 1935 in the wake of the ascension of Nazism, and settled in exile, first in Oxford, England, then in 1938 in New York, and finally in Los Angeles in 1941.

As “enemy aliens” in America, Adorno and his wife Gretl, who he had married in 1937, experienced not only new ideas, new patterns of thought, and new ways of doing scholarship and research, but they also found themselves in a community of fellow exiles and refugees experiencing much of European cultural and intellectual life being conducted in—and transformed by—America. While in the States, through the support of Horkheimer and the newly re-constituted Institute for Social Research, Adorno joined nationally prominent social science research teams examining radio broadcasting and anti-Semitism. During his exile, he also found himself being watched by the FBI; befriending Thomas Mann and advising him on the music passages for Mann’s exile masterpiece Doctor Faustus; and attending parties with Charlie Chaplin, and Greta Garbo, and Bertolt Brecht while at the same time writing influential books in a number of fields including musicology, philosophy, and sociology. Returning to Germany in the late 1940s and early 50s, Adorno was easily one of the recovering nation’s most important exile philosophers and helped reconstitute the University in Frankfurt, marrying American and European Social science research methods.

After his return, Adorno found himself one of the most famous public intellectuals in postwar Europe, well-known enough to get casually mentioned in the films of Michelangelo Antonioni, and regularly holding forth on German radio about the exile experience and the question of what it meant to be German in the wake of the war. In the 1960s he became a lightning rod for the new left, rejected as superannuated and stodgy while his exile colleague Herbert Marcuse was lionized by the student movements in both Europe and America. This challenge by the new left came to a head when he was accosted by a group of students during a lecture, some of whom removed their clothing and decorated Adorno’s head with flowers. After events like this 1969 “Busenaktion” (“Breast-Action”), Adorno took a leave from teaching in Switzerland.

On August 6, 1969, in Visp, Switzerland, Theodor Adorno passed away soon after publishing his capstone philosophical work, Negative Dialectics, and just before completing his last major statement of art, Aesthetic Theory. According to an obituary written by Gretl, he “died quietly in his sleep” as the result of a heart attack, a quiet end of the multiple, complicated lives, of a man whose career tracks influenced some of the major shifts in 20th-century intellectual life, and whose physical circumstances put him into close contact with some of the most famous artists and thinkers of the 20th century.