MAIN MENU
Niels Bohr Physics
One of the most influential physicists of the 20th-century, Denmark’s Niels Bohr (1885–1962) made significant contributions to understanding atomic structure and quantum mechanics, the work for which he received the Nobel Prize in Physics in 1922. 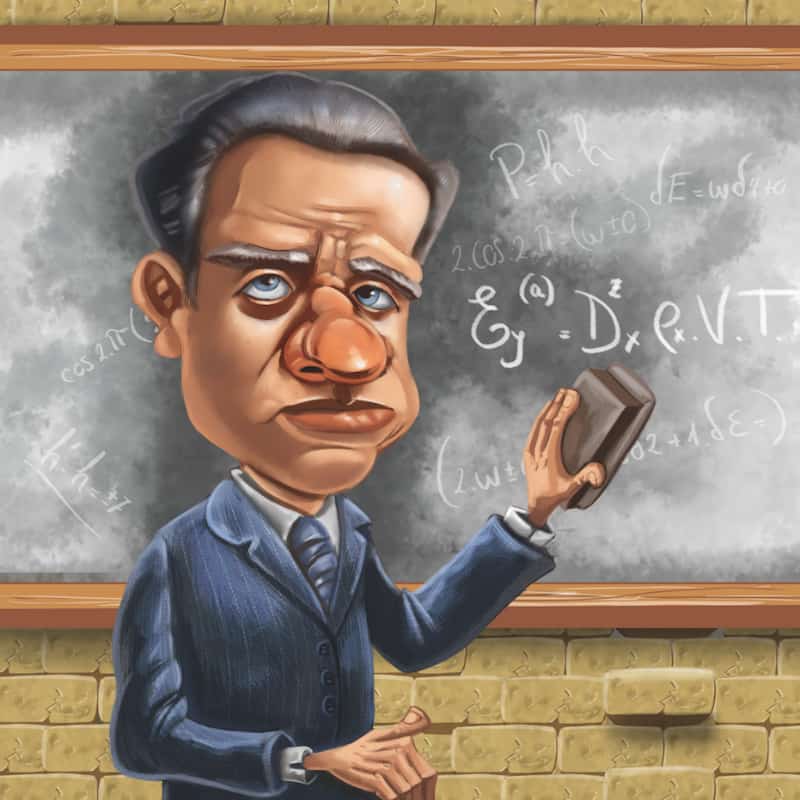 One of the most influential physicists of the 20th-century, Denmark’s Niels Bohr made significant contributions to understanding atomic structure and quantum mechanics, the work for which he received the Nobel Prize in Physics in 1922.

Bohr was born in Copenhagen, Denmark to a Baptist father Christian Bohr, a physiology academic, and a Jewish mother, Ellen Adler. Christian supported Bohr’s and his brother’s interests in physics and math, and Ellen came from a distinguished educational family as well. Not much is known about his childhood other than he attended Gammelholm Grammar School in 1903. He attended Copenhagen University, earning master’s and doctorate degrees in physics in 1909 and 1911. Later that year, he traveled to Cambridge, England, to study under scientist J. J. Thomson.

While at Copenhagen, Bohr entered a science competition. He worked in his father’s lab investigating oscillating fluid jets to discover a theory of surface tension. He received a gold medal and his work published in the 1908 Transactions of the Royal Society. From this beginning, his work became more theoretical rather than practical, including his doctoral thesis. It is today a classic on the properties of metals in coherence with electrons, and was when Bohr first discovered Planck’s quantum theory of radiation.

Radioactivity became his primary interest, and in 1913, his work on the structure of the atom based on Rutherford’s nucleus discovery was published in the Philosophical Magazine. In 1912, Bohr married Margrethe Norlund. They had four children, one of whom grew up to be the well-known physicist Aage Bohr.

Bohr taught at Manchester’s Victoria University for a few years before transferring to be a professor at Copenhagen University in 1916. By 1920, he had established the Institute of Theoretical Physics there. While Bohr was researching at the Cavendish Laboratory, Thomson was not supportive of Bohr’s ideas. However, Bohr expanded Ernest Rutherford’s theory about atomic structure by including electron movement. Discovering the orbits of electrons and how they carry energy won him the Nobel Prize in 1922. His discoveries are the foundation of quantum mechanics, which he was the first to apply to molecular and atomic structures.

His two central concepts include the correspondence principle and the complementary principle. The first holds that new theories must apply to atomic phenomena in order to correspond with old theories. The latter refers to waves and particles being separate but complementary, though never both true at the same time.

In 1927, Bohr worked with Werner Heisenberg and presented their ideas at an Italian conference. Albert Einstein disagreed with some of Bohr’s theories, and within the scientific community, their conversations were well known. Bohr contributed to the liquid droplet theory in the 1930s as well as nuclear fission.

During WWII, Bohr took his opportunity to flee Denmark because of his Jewish roots. He had been sheltering German Jewish physicists with asylum in Copenhagen University, sending many to the United States. When Germany invaded Denmark, Bohr took his family to Sweden and eventually the U.S., where he worked on the nuclear Manhattan Project in Nevada.

By the end of the war, Bohr returned to Denmark and advocated peace around nuclear weapons. He envisioned a world of cultural exchange rather than isolationist. He was known for his humanitarian ethics in nuclear development, particularly in light of his principles on the complementary and correspondent.

On November 18th, 1962, Bohr suffered a stroke. He died in Copenhagen.