MAIN MENU
David Hume Philosophy
Recognized as one of the most prominent thinkers of the Scottish Enlightenment, David Hume (1711–1776) was a great philosopher of human nature. His studies incorporated the relationships among religion, morals, and even economics. Throughout his life, his cynical atheism and controversial ideas—skepticism and empiricism among them—made him unpopular among Christians as well as politicians. 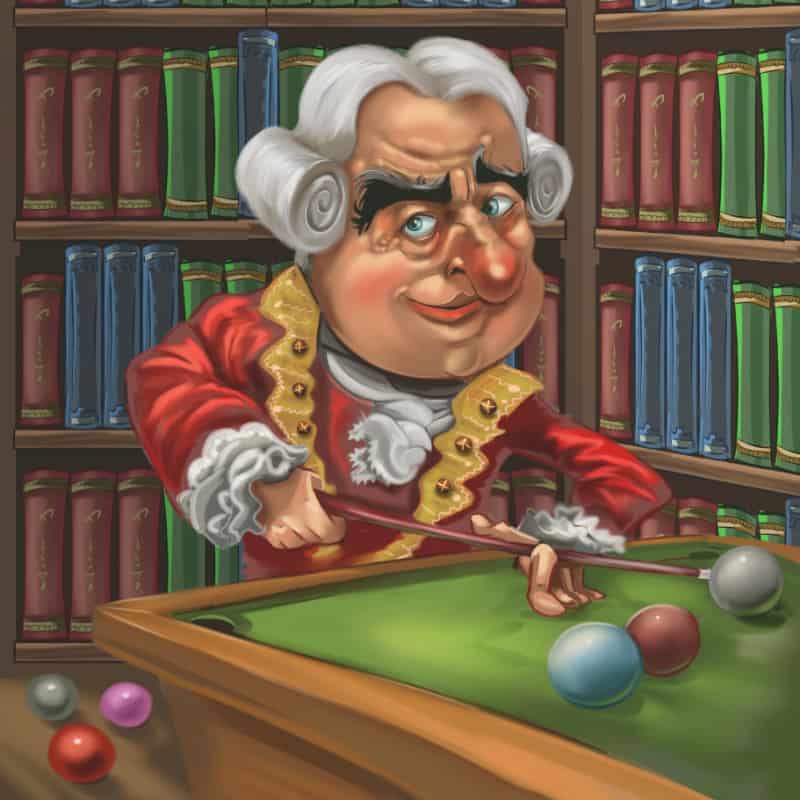 David Hume was born in Edinburgh on April 26th, 1711. He grew up on his father’s estate, Ninewells near Berwickshire with an older brother and sister. Though his father died when he was just two, his mother was committed to educating her children, and she wanted David to pursue a career in law. But he preferred reading Cicero and studying ancient and modern philosophy, mathematics, literature, and history. His mother saw in young David a broad understanding of the world, and in 1723, when Hume was only 11, she sent him to Edinburgh University with his older brother.

At Edinburgh University, Hume began to study law, following his mother’s wishes as well as a longstanding family tradition. However, he soon lost interest, leaving the University at 15 to pursue philosophy by his own means. Hume moved to France, studying the works of philosophers Nicolas Malebranche, Jean-Baptiste Dubos, and Pierre Bayle. In 1734, he began to write A Treatise of Human Nature, which many experts consider to be his most notable work and one of the most important books in the history of philosophy

In 1737, Hume returned to Scotland, and in an attempt to make A Treatise of Human Nature publishable, he deleted significant sections about religion and morals to appease the influential bishop and theologian Joseph Butler. Though this move came to nothing, in 1742, Butler recommended for publication Hume’s Essays, Moral and Political. In the meantime, his works were published anonymously and weren’t very popular at the time.

Instead, Hume became the tutor of the Marquis of Annandale. However, it turned out that the estate manager was dishonest and the Marquis insane, so Hume quickly left to work as the secretary of his cousin, General St Clair, during a military expedition. In 1748, he rewrote Treatise in a more widely acceptable style and republished it as Philosophical Essays Concerning the Human Understanding (later renamed as An Enquiry Concerning Human Understanding). Three years later, Philosophical Essays Concerning Principles of Morals followed. During this time, he also published Political Discourses (1751).

In 1752, Hume finally gained a stable position as librarian of the Advocate’s Library in Edinburgh. Unfortunately, in 1754, he ordered books that were considered inappropriate and quarreled with the library. Before he left in 1757, he was able to spend time studying and working on A History of England, which was eventually published in six volumes (1754, 1756, 1759, 1762). This work became a bestseller, bringing Hume recognition and financial stability. Also during his stint at the Library, he wrote Four Dissertations (1757), which included The Natural History of Religion, A Dissertation on the Passions, Of Tragedy, and Of the Standard of Taste. Hume’s two other works at this time, Of Suicide and Of the Immortality of the Soul (1782), were criticized be the religious establishment and banned from publication but were eventually published posthumously.

In 1763, Hume became the private secretary to Lord Hertford, Ambassador to France, and moved to Paris where he resided for three years. There, he also became the first Secretary of the Embassy and then its chargé d’affaires.

When he returned to England in 1766, he came with Swiss philosopher Jean-Jacques Rousseau. Their friendship was fleeting, however, because Rousseau’s paranoia convinced him that Hume was conspiring against him. Hume, now in London, became the Under-Secretary of State in 1767 but left after a year.

In 1768, Hume went home to Edinburgh, where he met Nancy Orde, daughter of Chief Baron Orde. They became close, with Nancy picking out Hume’s wallpaper and chalking “St. David’s Street” on the side of his house, now the name of that road. There were rumors of their engagement, but no event occurred. After his death, Hume left to Nancy 10 guineas to buy a ring in memory of their friendship.

In Edinburgh during his last decade, Hume finalized his Dissertations. Upon discovering he suffered from intestinal cancer, he arranged for his nephew to publish Dialogues Concerning Natural Religion (1779) posthumously. Hume died on August 25, 1776, and his biography My Own Life was published one year later.