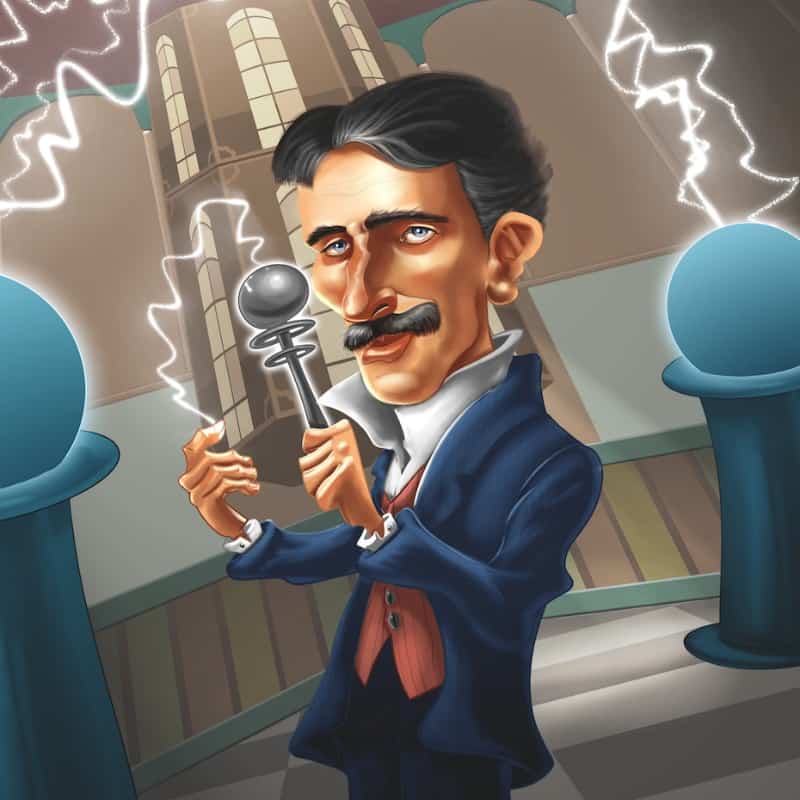 2. While pursuing his undergraduate degree at the Graz University of Technology, he became a frequent gambler. His gambling issue became so severe that he lost his scholarship in his second year of school and failed all of his final exams during his third year. Because of his irresponsibility, he did not graduate.

3. Tesla abstained from drinking tea, having coffee, smoking tobacco, and eating meat. He thought that these practices inevitably lead to ill health. However, he was a heavy drinker who consumed both whiskey and wine daily.

4. The pinnacle of his bizarre views on health metastasized by his practice of bathing in “Cold Fire.” The “Cold Fire” was an electric current measuring up to 500,000 volts that Tesla routinely stood in to bathe. He proved this practice to be effective in removing grime and maintaining healthy skin.

5. Thomas Edison once publicly attempted to display the inherent dangers within Tesla’s alternating current baths by electrocuting an enormous elephant in front of an audience. In response, Tesla bathed in electric currents and smirked at onlookers as coronas of electricity surrounded his body.

6. The Teleforce, later known as the “Peace Ray” or “Death Ray,” was the concept for a weapon designed by Tesla, yet he never experimented upon it. Antonio Longoria claimed to have developed a similar weapon that could kill a pigeon from a maximum of four miles away. In 1939, the Soviets took this idea and attempted to implement it into their array of weapons.

7. Although he described the death penalty as “barbarous,” the first electric chair used his alternating current technology.

8. He was excellent at billiards. In fact, he would frequently place bets on himself after getting other players to believe that he was terribly inexperienced. After locking these poor players into a deal, he would defeat them and take their money.

9. Tesla was never much of a rich man, and he died in poverty. Upon his death, the United States government seized all of his work and has kept much of it classified until this day.

10. The FBI employee that was tasked to review Tesla’s work was physicist John G. Trump, uncle of former US president, Donald J. Trump.