MAIN MENU
Interview Physics Werner Heisenberg
One of the most influential physicists of the 20th century, Werner Heisenberg (1901–1976) was the founder of the uncertainty principle and one of the founders of quantum mechanics. He also played a controversial role as a leader of Nazi Germany’s nuclear program during World War II. 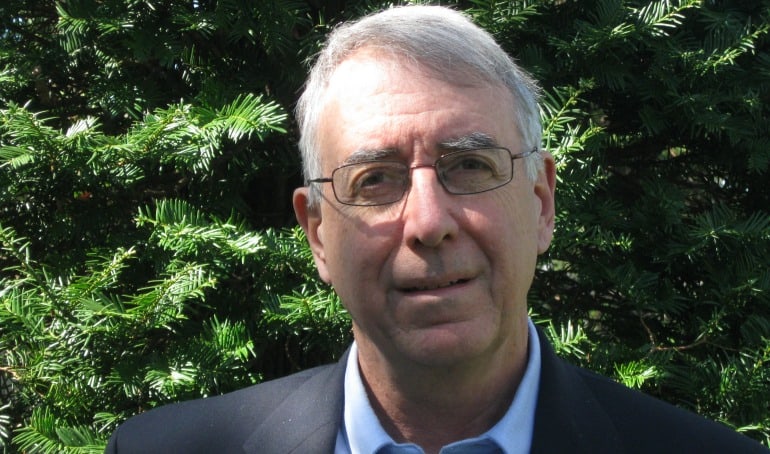 One of the most influential physicists of the 20th century, Werner Heisenberg (1901–1976) was the founder of the uncertainty principle and one of the founders of quantum mechanics. He also played a controversial role as a leader of Nazi Germany’s nuclear program during World War II.

David C. Cassidy is a professor at Hofstra University in Hempstead, NY, where he teaches the history of physics. He is the author of several books and research articles on physics history, including Uncertainty: The Life and Science of Werner Heisenberg and Beyond Certainty: Heisenberg, Quantum Physics, and the Bomb.

Simply Charly: As a historian of science, what do you feel is the relationship between the scientific community and world or national governments today?

David Cassidy: The enormous economic, military, and cultural benefits arising from science over the past century have convinced governments of the need to foster large and thriving scientific communities. For scientists, a partnership with government institutions has become a necessity because industries, universities, and foundations alone cannot support the diverse needs of contemporary research. However, with the increasingly global nature of research, no one nation or government can maintain a monopoly on research.

SC: What was the relationship between science and government like in Heisenberg’s lifetime?

DC: During Heisenberg’s life, 1901-1976, Germany lost two world wars and had four very different political regimes: the monarchy, two democracies, and the Third Reich. (However, instead of the second democracy, post-war East Germany had a communist regime under the Soviet occupation.) The first three of the above regimes (in the West) supported first-rate science at the forefront of research, primarily for the cultural recognition that it brought to the nation. Scientists who were university or government researchers were civil servants. The Third Reich proved a disaster for the scientific community. Not only were universities and government research labs decimated by the anti-Semitic laws, but modern physics, mathematics, and other sciences were also subjected to ideological attack as “Jewish science.” The lives of leading non-Jewish practitioners, including Heisenberg, were threatened, and their work was hampered and ignored.

SC: What do you feel the relationship between government and the scientific community should be?

DC: Like any good relationship, it should be built on mutual trust and respect. Unfortunately, that has not always been the case during the decades since the last world war. At times in the United States, the federal government has treated the scientific community as merely a subservient provider of technical knowledge and limited advice that may be accepted or ignored, funded or not funded, depending on federal policies and opinions already established at the highest levels. In my view, the ideal relationship should be just the opposite.

SC: Your books Uncertainty: The Life and Science of Werner Heisenberg (1992) and Beyond Uncertainty: Heisenberg, Quantum Physics, and the Bomb (2009) delve into the controversy surrounding Heisenberg’s work with the German nuclear project. What were Heisenberg’s feelings toward the work he was doing? Why was he unwilling to leave Germany?

DC: These are big questions requiring a book to answer. Very briefly, like most Germans (and many in other nations), Heisenberg was very attached to his country and culture, regardless of those in power. As a Nobel Prize winner soon after the Nazis came to power in 1933, the 32-year-old Heisenberg readily took on the task set by his elder colleagues to attempt to preserve what he could of the greatness of German physics and physicists in the face of Nazi policies. It was a long, losing battle. His survival of personal ideological attack by the outbreak of war in 1939 encouraged him to stay for the duration.

The discovery of nuclear fission in Berlin in 1939 and its potential contributions to the war effort suddenly provided new arguments for the value of modern physics and the value and recognition of physicists such as himself. The discovery in 1941 that a bomb might be more than a theoretical possibility caused great concern. But he and his colleagues continued their research toward a reactor in the belief that the bomb still lay far in the future and that they were, in any case, far ahead of the Allies. As the regime’s support for the project diminished in 1942 in favor of rockets and jet airplanes, Heisenberg achieved his goal of recognition through appointment to high academic positions in Berlin and permission to travel abroad. He was always a theoretical physicist, not a nuclear engineer, and he tended to let his part of the fission project coast while he devoted more of his time to elementary particles.

SC: What were some major differences between the American Manhattan Project and the German nuclear project on which Heisenberg worked? Was this representative of the way the Allies and Axis powers treated their scientists, respectively?

DC: The Manhattan Project had vastly more of everything: funding, talent, government support, and an intense desire to succeed arising from the fear that Hitler would get the bomb first. With 125,000 workers and total funding in the midst of a world war of $2.3 billion, the Manhattan Project was the largest technological effort in history until the Apollo moon mission in the 1960s. No other nation could have matched that investment at that time. With the involvement of many of the leading physicists and other researchers who had fled Germany and Europe, the Manhattan Project far outstripped the relatively meager personnel and resources of the German effort; an effort split into nine research groups operating under competing government authorities within the regime.

SC: Science and mathematics played an unprecedented role in World War II. How might the success of a German nuclear project have swayed the war in Germany’s favor?

DC: It is difficult but perhaps of interest to speculate about such things. A reactor alone would probably not have had much effect on the war, but it would have bred plutonium. If German scientists knew how to utilize plutonium for an atomic bomb and then built such a bomb that was then detonated, this would have changed the course of the war and added to the already great destruction and loss of life, but, in my view, it would probably not have altered the outcome.

SC: How did Germany’s loss in the war affect the German scientific community? What was Heisenberg’s role in Germany’s reconstruction?

DC: Not only were the German scientific community and its equipment decimated by the war and Nazi policies, but German science was placed under Allied control, which at first suppressed and exploited German science then fostered its gradual revival. Heisenberg and other leading German scientists worked closely with the Western Allies and with officials of the emerging West German federal and state governments to help promote the revival of West German research and education.

SC: During his studies in Germany as a young man, Heisenberg was exposed to the works of some of the greatest scientific minds of the 20th century. Who were some of the more prominent academic influences on Heisenberg’s life? Can their influence be seen in his work?

DC: During his student and postdoctoral years in the 1920s, Heisenberg studied and taught at three of the world’s leading quantum research centers—Munich, Göttingen, and Copenhagen—under three of the leading quantum theorists of the day: Arnold Sommerfeld, Max Born, and Niels Bohr. In addition, Heisenberg worked with some of the brightest young theorists of his generation: Wolfgang Pauli, Pascual Jordan, Paul Dirac, Hendrik Kramers, and others.  Each of these exerted important influences on his work. Heisenberg said of his three mentors, that from Sommerfeld, he learned the technical aspects of quantum physics; from Born, he learned mathematical rigor; and from Bohr, he learned “philosophy,” by which he meant the consistency and physical implications of his work.

SC: How did Heisenberg contribute to our understanding of quantum mechanics? Has that understanding changed at all since his death?

DC: During the academic year 1926-1927, Heisenberg served as Bohr’s teaching and research assistant in Copenhagen. During that time, the two men formulated what became known as the Copenhagen Interpretation of the recently developed formalism of quantum mechanics. The new interpretation contained two main components: Heisenberg’s uncertainty principle and Bohr’s complementarity principle. On the basis of the new formalism and its interpretation, Heisenberg and Born declared in October 1927 that quantum mechanics was now complete.

SC: What is the fundamental difference between the “wave” and “matrix” views of the uncertainty principle? Which of these two interpretations did Heisenberg make more use of, and why?

DC: During the period 1925-1926, two seemingly conflicting versions of quantum mechanics arose: “wave mechanics” put forth by Schrödinger, which emphasized continuous waves of matter as fundamental and downplayed the role of discontinuous quanta of energy; and “matrix mechanics” put forth by Heisenberg, Born, and Jordan, which emphasized discontinuous particles of matter and the primacy of quanta. As physicists began to prefer waves over particles, there was much at stake professionally for each side in terms of recognition, jobs, and influence. By 1927, the two mechanics were finally merged into a single mathematical formalism. Born’s interpretation of Schrödinger’s wave function, the solution to Schrödinger’s wave mechanics, as a wave, not of matter, but of the probability to find material particles at a given place and time, opened the door to the Copenhagen Interpretation. Bohr’s complementarity principle treated waves and particles as equally valid and necessary (the wave-particle duality) while the uncertainty principle represented the price one has to pay when an experiment necessarily selects one over the other.

SC: It is mentioned on your website www.dcassidybooks.com that one of your scholarly interests is the “moral responsibility of scientists, then and now.” Could you elaborate on what this means?

DC: In ethical and moral issues scientists often experience a variety of competing obligations: to their profession, to their country, to themselves and their families, and to their fellow human beings. In time of war or national emergency, the tension among these can become especially acute. There are no easy answers on how to resolve such conflicts. As a historian, I find it necessary and informative to examine how scientists have faced these issues in the past, including the recent past, and what we can learn from them. This has been one aim of my research on Heisenberg.

SC: What was the moral responsibility of scientists in Werner Heisenberg’s lifetime, and how have modern scientific advances caused it to change today?

DC: The various stages of German history in his lifetime called for different responses. Historically, the failure of German academics to support the Weimar democracy is one of the reasons for its failure. Despite their admirable, though inadequate, efforts to oppose the Nazi regime in the early years, at some point German scientists had to confront the moral issue of continuing to work in Germany under an immoral, anti-Semitic, criminal regime. Staying there as a Nobel Prize winner only lent unwarranted prestige to such a regime and signaled that Nazi policies were not incompatible with scientific and moral ideals.

Today, scientists face similar issues, though at the moment in most countries they are not as acute. The scientists’ wartime work on nuclear fission, rockets, and other applications under that regime would raise moral and ethical questions, even if such work benefitted the scientific community to some extent.

SC: What materials did you use when researching Heisenberg?

DC: My main sources were Heisenberg’s collected works as well as published and unpublished correspondence, and institutional records found throughout Europe and the United States.