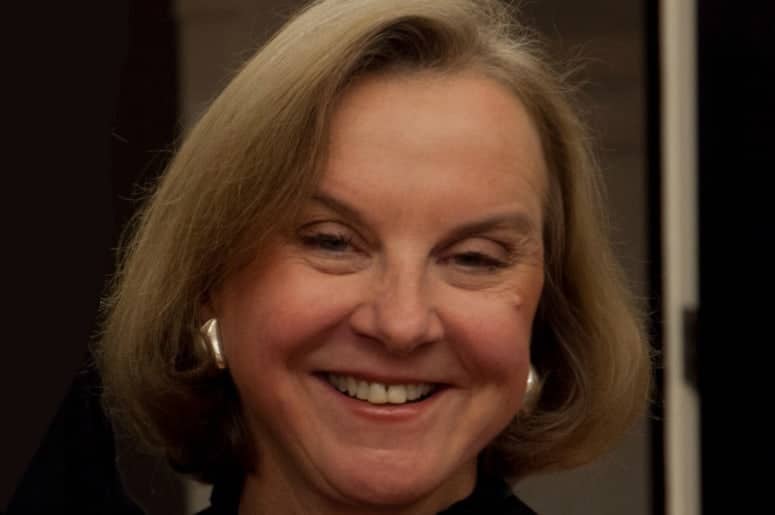 Mona Lisa Men Have Named Her: Dianne Hales on the “Ordinary” Renaissance Woman Who Continues to Spark “Extraordinary Interest”

Believed to be the model for Leonardo da Vinci’s (1452–1519) “Mona Lisa,” Lisa Gherardini  (1479–1542) was the wife of a Florentine silk merchant. The oil painting—considered to be Leonardo’s greatest masterpiece—is hanging in the Louvre museum in Paris.

Dianne Hales is an award-winning freelance journalist and author of several books, including Mona Lisa: A Life Discovered.

Simply Charly: Many of your earlier works have been focused on issues of health and fitness. How did you come to make the transition into writing about Italian culture and history, first with Bella Lingua and then Mona Lisa: a Life Discovered?

Dianne Hales: My long career as a health writer has been my day job for decades, one I enjoy very much. I took up Italian as a hobby—the way others play tennis or make ceramics. About a decade ago my agent and I were talking about possible book ideas, and she suggested I write about Italy. I protested that there was nothing new to say about the Mediterranean boot. “What about Italian?” she asked. “You light up when you talk about it, and maybe it has a story to be told.” It certainly did! It was a joy to combine my professional skills with a personal passion.

SC: Do you feel that with Italy, you’ve now found your “vein of gold” to mine, or are you looking forward to projects in other areas?

DH: I never thought of Italy as something to “mine” or even to pursue for profit. I was grateful that my health books could subsidize my ventures into Italian. There are many aspects of the culture that continue to intrigue and delight me, but before I can pursue them, I am on deadline for two college textbooks.

SC: Although the growing consensus is that Lisa Gherardini was indeed the woman who posed for “Mona Lisa,” there are, as you mention in the book, still other theories regarding her identity. How did you deal with this element of uncertainty in the course of your research and writing? Was it frustrating?

DH: I started with an open mind and investigated the other possibilities, but found little or no evidence to substantiate their claims. Fortunately, several researchers—particularly Giuseppe Pallanti, an amateur archivist who unearthed the Gherardini family history, and Rab Hatfield, a distinguished art historian—provided me with solid documentation that convinced me that Lisa truly was Leonardo’s model.

SC: What was it like to put together the portrait of a woman who has not left us a record of her life in her own words? What would your advice be to someone starting out on a similar undocumented subject?

DH: I literally retraced Lisa Gherardini’s steps. I rented apartments in the neighborhoods where she lived, walked the streets she walked, visited the churches where she prayed. I visited museums that recreated Renaissance homes. I even slipped into the confessional in what used to be her family’s private chapel! Most haunting was the convent—now a massive ruin—where she spent her final years. All of these places filled my imagination with a sense of her life. I’d advise someone starting out on a similar project to do the same kind of research in order to bring a long-ago time back to life.

SC: One of the achievements of Mona Lisa: a Life Discovered is to place Lisa Gherardini in the context of her times, which were contemporaneous with some of the giants of Western culture—Leonardo, Michelangelo, and Machiavelli, not to mention their powerful patrons. Was it hard to keep their exploits and achievements from overwhelming your narrative of a woman who was in at least some ways ordinary?

DH: Although I’d studied Leonardo and Michelangelo in art history classes, it was a pleasure to immerse myself in their lives and works. Yes, it was a struggle not to be swept away by their larger-than-life stories. Initially, I was giving equal time to Leonardo and Lisa, but I had wise and wonderful editors who reminded me that Lisa had to be my main focus. I used the timeline of her life as the organizing thread of the book and injected Leonardo and Michelangelo at the relevant times.

SC: The decision not to include photographs in the book but to make them available on your website was an unusual one. How did that come about and how do you feel it worked for the book?

DH: I would have loved to see photos in the book, but the publisher’s budget didn’t allow it. The website was the best option I could offer readers.

SC: What one thing would you most like to know about Lisa Gherardini, or the painting itself, that research failed to reveal?

DH: My hunch was that something about Lisa’s spirit and personality attracted Leonardo to paint her since he could have chosen a wealthier or more prestigious subject. But there was no way to confirm this because nothing in Leonardo’s surviving letters or notebooks contains any mention of her or of the portrait.

SC: Although this is asking you to speculate, what do you think Lisa Gherardini would most like us to know or understand about her?

DH: I think she’d want us to know about her family. The Gherardinis were a proud and ancient clan—although far from gallant knights. They were fierce fighters, unscrupulous robber barons, and mercenaries.  Their family history, which I came across in the Florence Archives, is filled with vendettas, plots, betrayals, and even a beheading or two. Proud as she was to be a Gherardini, Lisa also would have wanted people to know about the six children she “brought into the light.” Two died in early childhood; another passed away in adolescence. But they would have been her sweetest joy.

SC: How did your immersion in a past period of Italy help you better understand Italy as it is today?

DH: It gave me a deeper appreciation of what family means to Italians—especially for those (and I know several) whose history dates back a thousand years. I also gained a better understanding of the love Tuscans have for their land and Florentines for their city, as well as a greater appreciation for the legacy of magnificent art that began in Lisa’s day.

SC: At the end of a project like this one, there are often insights or incidents that arrive too late to be incorporated into the volume itself. Is there a subsequent experience with Mona Lisa that you’d like to share with us here?

DH: Before I finished the book, I learned of a letter written to a Medici prince by an aristocratic friend named Filippo Strozzi. Rumor had it that both men had propositioned Lisa (then in her 30s, considerably older than they were at the time) but she had refused them. Her husband, an unscrupulous wheeler-dealer and political toady, had come to see Strozzi—not to defend his wife’s honor but to apologize if she had offended the most powerful men in Florence. It was an amazing bit of Renaissance gossip—but I was sworn to secrecy. (The letter has since been published in a scholarly book titled The Three Mona Lisas by the art historian Rab Hatfield.)

More recently, there’s been a lot of buzz about another portrait beneath the surface of the Mona Lisa. I’d heard of this research, but the experts I talked with feel it’s the same woman—Lisa Gherardini—but reworked extensively by Leonardo, who kept the painting in his possession until his death in 1519. It’s fascinating to me that a Renaissance woman who never thought of herself as anything but ordinary continues to spark such extraordinary interest.